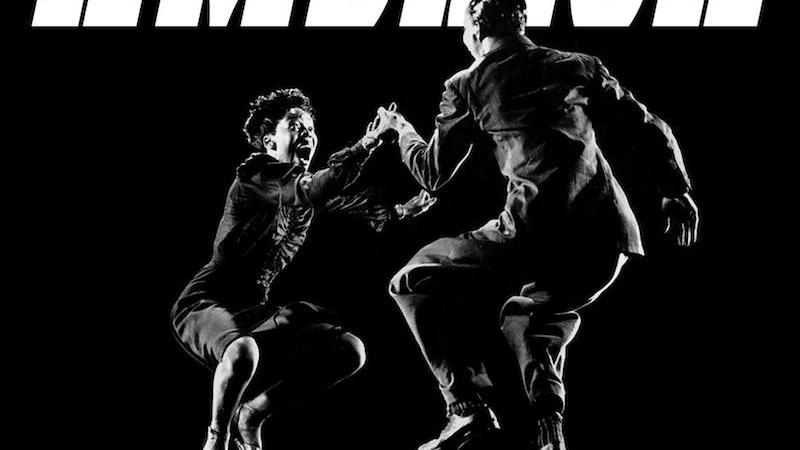 Our quintet of quality reviews this week includes Olivia Laing on Rachel Kushner’s The Hard Crowd, Sophie Gilbert of Melissa Febos’ Girlhood, Gene Seymour on Hanif Abdurraqib’s A Little Devil in America, Emily Bernard on The Selected Works of Audre Lorde, and Katie Fitzpatrick on Kazuo Ishiguro’s Klara and the Sun.

“Whether she’s writing about Jeff Koons, prison abolition or a Palestinian refugee camp in Jerusalem, [Kushner’s] interested in appearances, and in the deeper currents a surface detail might betray … Her writing is magnetised by outlaw sensibility, hard lives lived at a slant, art made in conditions of ferment and unrest, though she rarely serves a platter that isn’t style-mag ready … She makes a pretty convincing case for a political dimension to Jeff Koons’s vacuities and mirrored surfaces, engages repeatedly with the Italian avant garde and writes best of all about an artist friend whose death undoes a spell of nihilism … It’s not just that Kushner is looking back on the distant city of youth; more that she’s the sole survivor of a wild crowd done down by prison, drugs, untimely death … What she remembers is a whole world, but does the act of immortalising it in language also drain it of its power, ‘neon, in pink, red, and warm white, bleeding into the fog’? She’s mining a rich seam of specificity, her writing charged by the dangers she ran up against. And then there’s the frank pleasure of her sentences, often shorn of definite articles or odd words, so they rev and bucket along … That New Journalism style, live hard and keep your eyes open, has long since given way to the millennial cult of the personal essay, with its performance of pain, its earnest display of wounds received and lessons learned. But Kushner brings it all flooding back. Even if I’m skeptical of its dazzle, I’m glad to taste something this sharp, this smart.”

“The overall impression she creates is a collage of discomfitingly familiar rites of passage, all distinct and yet all tied together by a thread of learned self-abnegation. The book reads at moments like a meme built from various half-buried abuses and indignities, in which you pick the ones that apply to you … Febos is an intoxicating writer, but I found myself most grateful for the vivid clarity of her thinking … The story that girls are taught to adopt, as Febos puts it, is not a logical one. To internalize it requires a lifetime of careful conditioning, and an absence of anyone trying to counter it. I graduated 20 years ago, but as far as I can tell, the culture I remember remains intact without a corrective—only now those who have been conditioned to abuse have more tools with which to do so … Progress, Thoreau wrote, is when we ‘unlearn and learn anew what we thought we knew before,’ which is likely the most insight Thoreau ever had into the hostile state of female adolescence. Unlearning is what Girlhood is all about … It’s disquisitive and catalytic—it doesn’t demand change so much as expose certain injustices so starkly that you might feel you cannot abide them another minute … Febos’s education is a kind I surely could have used.”

“[A] wide, deep, and discerning inquest into the Beauty of Blackness as enacted on stages and screens, in unanimity and discord, on public airwaves and in intimate spaces … has brought to pop criticism and cultural history not just a poet’s lyricism and imagery but also a scholar’s rigor, a novelist’s sense of character and place, and a punk-rocker’s impulse to dislodge conventional wisdom from its moorings until something shakes loose and is exposed to audiences too lethargic to think or even react differently … Abdurraqib cherishes this power to enlarge oneself within or beyond real or imagined restrictions … Abdurraqib reminds readers of the massive viewing audience’s shock and awe over seeing one of the world’s biggest pop icons appearing midfield at this least radical of American rituals … Something about the seemingly insatiable hunger Abdurraqib shows for cultural transaction, paradoxical mischief, and Beauty in Blackness tells me he’ll get to such matters soon enough.” 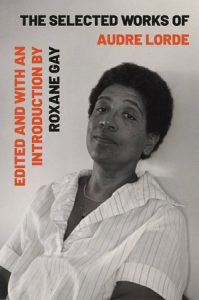 “A self-described Black lesbian mother warrior poet, Audre Lorde lived a life of possibility. To her readers, colleagues, and admirers, she offered a radical and liberating vision of the world in her work. Eminently faithful to the tenet that the personal is political, she wrote fearlessly from the landscape of her most intimate self. Lorde treated her body—the range of her corporeal needs, fears, and desires—as a resource of political and creative information, a platform from which she communicated her worldview. She was unique in her determination to speak and write without shame, but at the same time wholly representative, embodying the complexities of a contemporary radical Black feminist identity. Her life emblematized the concept of intersectionality … The Selected offers the closest thing to a complete portrait of Lorde, putting both her poetry and prose within the same covers … reveal Lorde at the height of her intellectual powers, but also as a human being who, just like the rest of us, faced down fears and uncertainties. The closer she got to death, the clearer became her mission—to approach the world with a kind of ferocious openness, and to insist that she be received with the same.”

“Despite its futuristic premise, Klara and the Sun is aimed at our present. It explores many of the subjects that fill our news feeds, from artificial intelligence to meritocracy. Yet its real political power lies not in these topical references but in its quietly eviscerating treatment of love. Through Klara, Josie, and Chrissie, Ishiguro shows how care is often intertwined with exploitation, how love is often grounded in selfishness. And this dynamic is not only interpersonal but central to today’s politics as well. Love, Ishiguro reminds us, is not always an antidote to exploitation and repression; it may even be the thing that makes us complicit in large-scale violence … In Never Let Me Go, the clones’ exploitation by humans hinges on people’s ability to dehumanize and forget them. Their lives are invisible to those who will one day use their organs. But in Klara and the Sun, the AFs’ exploitation hinges on people’s ability to humanize and know them…While both novels consider the exploitation of so-called disposable workers, this book focuses on those we exploit primarily for emotional labor and care work … Klara and the Sun is a story as much about our own world as about any imagined future, and it reminds us that violence and dehumanization can also come wrapped in the guise of love.”