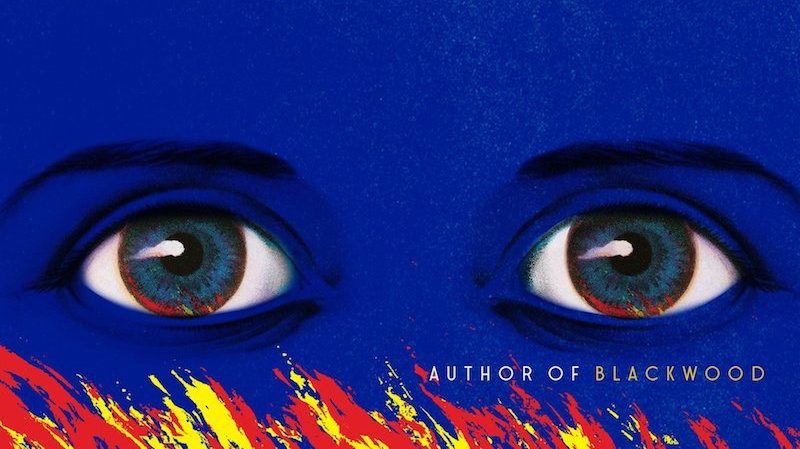 Our quintet of quality reviews this week includes Ron Charles on Michael Farris Smith’s Nick, Danez Smith on Robert Jones Jr.’s The Prophets, Rob Doyle on Karl Ove Knausgaard’s In the Land of the Cyclops, Blake Butler on Leonora Carrington’s The Hearing Trumpet, and Claire Messud on Peter Ho Davies’ A Lie Someone Told You About Yourself.

“Smith, the author of several Southern Gothic novels, is a talented writer who approaches Fitzgerald’s work with reverence and close attention to detail. Anyone who knows The Great Gatsby will hear echoes of that book’s luxurious melancholy … Creating a worthy homage to Fitzgerald’s finest novel is a remarkable accomplishment, and Smith’s explanation of Nick’s detached personality makes perfect sense. It feels, though, more like confirmation than expansion of the original story. If Smith does no violence to The Great Gatsby, he also breaks open little space for himself … as polite and well-behaved as Nick Carraway himself … What develops offers a macabre counterpoint to The Great Gatsby. The mansions of Long Island have been replaced by the saloons of New Orleans … Withdraw Nick’s perspective and the lurid plot sticks out of the water like a shipwreck at low tide. By denying Nick that crucial role and pushing him aside, Smith asks that we become invested in a set of noir caricatures and their lurid spat simply for its own sake.”

“Meeting yourself in media is no guarantee that the mirror will be kind or wanted. Instead, it’s often a jagged glass you catch yourself in before it catches you. And even when you know it’s coming, the blood’s still warm and sharp. What of me, of us, was I to witness in The Prophets, the debut novel of Robert Jones Jr., set on an antebellum plantation in Mississippi? … What I found was an often lyrical and rebellious love story embedded within a tender call-out to Black readers, reaching across time and form to shake something old, mighty in the blood … Isaiah and Samuel’s relationship is the most tender and stunning achievement of The Prophets. Their beauty, the wonder of their spell, illuminates the darkness … Through these characters and their stories, The Prophets calls, across time, on queer warriors, woman kings, root women and boys in love to paint a long queer Black history, a history of rising against, of ever making one’s way back to freedom.”

“In the Land of the Cyclops heightens the suspicion that Knausgaard fulfilled his authorial project with the completion of his six-part autofictional epic in 2011 … A lengthy review here of Michel Houellebecq’s novel Submission opens with a plodding explanation of why Knausgaard has never before read the author, and labours on under the presumption that we are as interested in the underqualified reviewer as we are in his subject … Knausgaard can be engaging on art and photography (subjects include Cindy Sherman, Anselm Kiefer, Francesca Woodman), but as a novelist turned philosopher-critic, he often reads as an Aristotelian particularist trying to be a universalising Plato. Whenever he looks up from the concrete, sensuous and personal, he drifts into watery abstraction. His essays are wide ranging in the sense that they tend to cover too much ground … At his worst, Knausgaard the essayist is a monological bore … The Knausgaard diehard will appreciate the reminiscences of childhood journeys and youthful misadventures, even if some of these are recycled … did find myself hoping he’d take a hint and let me usher him out of the door, so I could collapse into my armchair, knackered.” 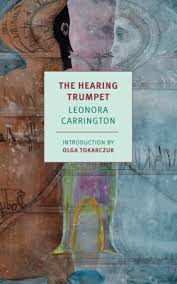 “I’ve never had a go-to answer for when someone asks, ‘What’s a great Surrealist novel?’ I’ve always found this nearly century-old subgenre of literature rather tame, less a transcendence of the known world than half-baked psychoanalytic play and veiled romance. Real life is forever lurking around the corner, so it seems, lording its narrativizing ways over what might be glimpsed of the Beyond. Enter Leonora Carrington (1917-2011), a British-born Mexican painter and author who fantastically surpasses her Freud-struck, phallocentric contemporaries. Her 1974 novel, The Hearing Trumpet, newly reissued, stands out as something at last truly radical, undoing not only our expectations of time and space, but of the psyche and its boundaries … The result is a mind-flaying masterpiece, held together by Carrington’s gifts of wit, imagination and suspense. We ourselves arrive at the end feeling reconfigured, as if the book…has only just begun where it cuts off. We are reminded, then, of the power of fiction not to reflect or to define, but to create a gateway to a place that wasn’t visible to us before the text, and yet has always existed just beyond our present reality’s dull edge.”

“Davies is less interested in the bourgeois fabric of life…Davies is closer to Chekhov, whose characters act on a near-empty stage … There is nothing superfluous in these pages, and yet Davies, whose characters’ humor carries the reader through considerable agony, allows cheerfully for life’s banality … It would be easy, under the sway of this mild and familiar parental wit, to underestimate the ambition of the book, both formally and emotionally. Like Akhil Sharma’s remarkable Family Life, A Lie Someone Told You About Yourself presents the writer, and the reader, with an unusual challenge: its tragedy takes place in its opening pages … Davies handles time with particular care … Even in sentences pared down to the essentials, Davies’s nameless and hence faceless characters shift the quotidian (not just toys and childhood fads, but intimacy, sex, and masturbation) into the universal register of myth.”