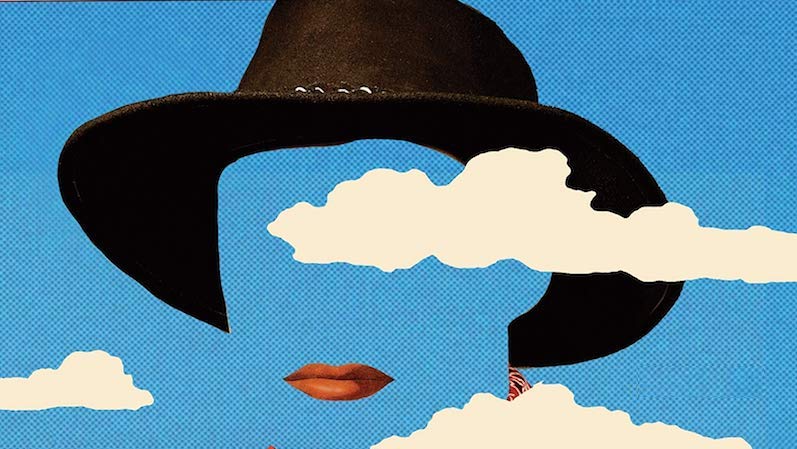 Of a feminist alt-history western, an elegiac Hollywood memoir, a collection of darkly romantic short stories, and more

“Sure, Byrne shares a few Hollywood tidbits…But Byrne, who turned 70 last year, has written something more introspective and literary: an elegiac memoir that explores the interior life of a Dublin boy who finds himself almost accidentally—and incidentally—famous. It’s a story about Ireland and exile and carrying the ghosts of family and home through time … That passage is one of many that show the mark of a real writer, a born storyteller with a poet’s ear. Walking with Ghosts dazzles with unflinching honesty, as it celebrates the exuberance of being alive to the world despite living through pain. His portrait of an artist as a young boy is steeped in nostalgia of the best sort, re-creating the pull of home. In her poem Nostos, Louise Glück writes ‘We see the world once, in childhood/The rest is memory.’ Somehow Byrne has created that onceness for us … With this tender book—full of warm and often funny stories—Byrne shows us the depth of his true character.”

“…stirs up the western with a provocative blend of alt-history and feminist consciousness. The result is a thrilling tale eerily familiar but utterly transformed … There’s nothing formulaic or dogmatic about North’s approach, but she has cleverly repurposed the worn elements of 19th-century mythology to explore the position of childless women. The shame and sorrow these young women suffer in the 1890s is not so different from what women trying to get pregnant—or end a pregnancy—endure in our own supposedly enlightened era … In North’s galloping prose, it’s a fantastically cinematic adventure that turns the sexual politics of the Old West inside out. But if this is a legendary story, it’s a legend with its own idiosyncratic and highly satisfying ending.”

“Kevin Barry has never shied away from the dark side … But he’s never descended into hard-boiled cliché—while some of his characters boast a kind of tough-guy swagger, he’s just as interested in the softer specimens of humanity, and you always get the feeling that there’s a touch of the romantic hiding just beneath the surface of his fiction. There’s not an aspect of writing that Barry doesn’t excel at. His dialogue rings true, and he’s amazingly gifted at scene-setting—he evokes both the landscape of western Ireland and the landscape of the human heart beautifully. His greatest accomplishment, perhaps, is his understanding of the ways our collective psyche works; he seems to have an innate sense of why people behave the way we do, and exactly what we’re capable of, both good and bad. You could say about That Old Country Music what one of his narrators says about an old song of devotion and heartbreak: ‘All of human cruelty was contained within it but something, too, I thought, of what love means.'”

“This is not a story of mere neglect but of a writer’s collusion with invisibility, with a lifelong ambivalence toward selfhood and its burdens … The onus of personality, the weight of the past, crop up often in Howland’s work … As that first paragraph portended, this is a story about her neighbor’s heart, not her own—an anthology of the lives she encounters in the ward known as W-3 … here’s a refusal to romanticize sickness or health. Her suffering doesn’t make her unique or interesting; instead it folds her into a common experience. Her insistence is on telling the story of a collective with blunt clarity, and sidestepping the genre’s potential for sentimentality or sensationalism. She brings the particularities of the world to life, how hair care was a miserable problem for the women of the ward; everyone just gave up and resorted to wearing towels like turbans … It’s what hooked me—the temperature of the prose, its cool watchfulness. The narration isn’t distant, but it isn’t intimate either. Howland isn’t interested in redemption or instruction—but something more elusive … It’s that quality of depiction that Howland seems to pursue—the clarity that allows readers to feel as if we are encountering the ward itself, Zelma herself, and not the narrator’s projections, not her own need.

“[Ehrlich’s] courage is impressive, her experiences no less than extraordinary … At their best, Ehrlich’s reminiscences carve a melancholy track, depicting the disastrous losses, human and otherwise, that accompany global warming. At its worst, though, Unsolaced can feel like climate crisis tourism … Ehrlich hops around too much to truly register the emotional weight of the catastrophes she describes. The hand-wringing feels gratuitous … More galling is Ehrlich’s silence on the actual forces propelling the crisis … Ehrlich uses the phrase ‘fossil fuel’ only once and barely mentions oil that doesn’t come from narwhals … All blame here gets laid on ‘we humans,’ a ‘failed species,’ although the actual humans Ehrlich meets in Zimbabwe and Greenland contributed next to nothing to this catastrophe. The fact that the wealthiest people in the wealthiest countries on the planet bear the overwhelming share of the responsibility for the climate crisis is perhaps a cause of discomfort for her. It certainly should be. The truest sentence in Unsolaced may be its last one: ‘What I have written is an odd kind of memoir, notable—if at all—for what has been left out.'”