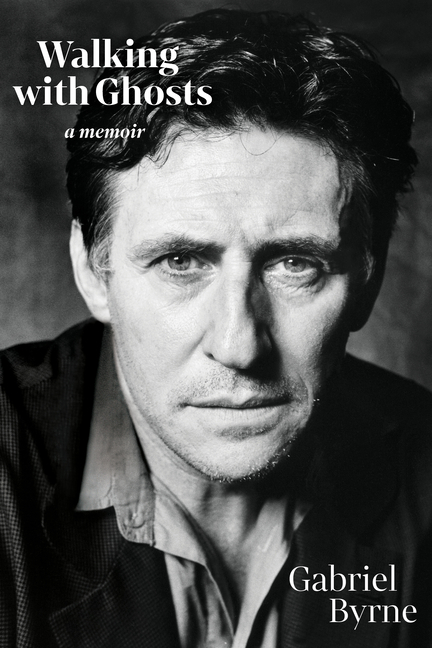 A memoir by Gabriel Byrne, the award-winning star of over 80 films, Walking with Ghosts is a portrait of an Irish childhood and a journey to Hollywood and Broadway success.

What The Reviewers Say
Rave Colm Tóibín,
The Irish Times (IRE)
His book is rare as an Irish memoir for the lack of rancour about his upbringing. Byrne’s parents emerge as loving, decent people. He doesn’t dwell on this, which makes it all the more convincing. His description of the decline and death of a loved sister is one of the most moving parts of the book. He takes religion seriously and writes vividly about being an altar boy – including his interest in altar wine – and memorably, about deciding, aged 11, that he had a vocation for the priesthood ... But his book has none of the breathlessness of showbusiness autobiography. It is sometimes a dreamy book, lyrical, filled with images of things that slipped by and have faded. He writes passionately about his first love and hilariously about his early fame as an actor ... At the core of the book, however, is not his fame but something much darker and more elusive. Walking with Ghosts is an attempt to come to terms with the very elements that have created some of Byrne’s best performances, elements that come from pain and have caused pain. Byrne is unsparing of himself in the telling of this story ... It is not just unusual for an actor to write about himself in the way Byrne does, but for anyone at all. Thus, it is hard to place Walking with Ghosts in the tradition of Irish memoir. What is striking is the intensity of the introspection. Byrne works with the idea that if you want to know where the damage lies, look inwards, describe the intimate, hidden spaces within the self. There is something fresh and liberating about this, a feeling also that it must have been a challenging book to write.
Read Full Review >>
Rave Dan Sheehan,
Air Mail
... a remarkably intimate new memoir ... neither a victory lap nor a lament from exile. It’s not a bread-crumb trail of dropped names or a laundry list of industry grievances. What it is, instead, is something altogether more artful and complex: a lyrical and unflinching interrogation of the self that just happens to have been written by an award-winning former drinking partner of Richard Burton’s ... Walking with Ghosts is an undeniably sorrowful work, drawn from what seems like a near-bottomless well of pain and regret, but Byrne—self-deprecating to the point of self-flagellation—can also be a wonderfully funny guide, especially when recalling his youthful mishaps ... Seeing brief flashes of this world through Byrne’s bemused eyes is delightful, but for the most part, if you’re looking for salacious details from the film sets and Oscar parties of yesteryear, you’ve picked up the wrong memoir ... Hollywood may have become the backdrop to his life, but Dublin, if only the Dublin of youthful memory, remains the setting, and it’s a world he conjures exquisitely. Byrne’s descriptions of his parents...and the city they inhabited are at the heart of this book, so tenderly and vividly wrought that reading them feels like stepping into someone else’s reverie: a melancholy swaddle of soothing voices and dissolving dreamscapes ... The excavations of Byrne’s early traumas...are stark and heartbreaking ... That he’s been able to alchemize these traumas into something so beautiful feels like deliverance, and reads like a gift.
Read Full Review >>
Rave Keith Donohue,
The Washington Post
Sure, Byrne shares a few Hollywood tidbits...But Byrne, who turned 70 last year, has written something more introspective and literary: an elegiac memoir that explores the interior life of a Dublin boy who finds himself almost accidentally — and incidentally — famous. It’s a story about Ireland and exile and carrying the ghosts of family and home through time ... That passage is one of many that show the mark of a real writer, a born storyteller with a poet’s ear. Walking with Ghosts dazzles with unflinching honesty, as it celebrates the exuberance of being alive to the world despite living through pain. His portrait of an artist as a young boy is steeped in nostalgia of the best sort, re-creating the pull of home. In her poem Nostos, Louise Glück writes 'We see the world once, in childhood/The rest is memory.' Somehow Byrne has created that onceness for us ... With this tender book — full of warm and often funny stories — Byrne shows us the depth of his true character.
Read Full Review >>
See All Reviews >>
SIMILAR BOOKS
Film & TV 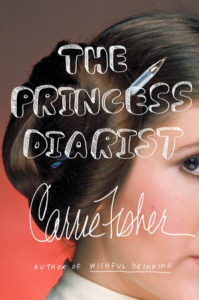 The Princess Diarist
Carrie Fisher
Positive
What did you think of Walking with Ghosts?
© LitHub | Privacy