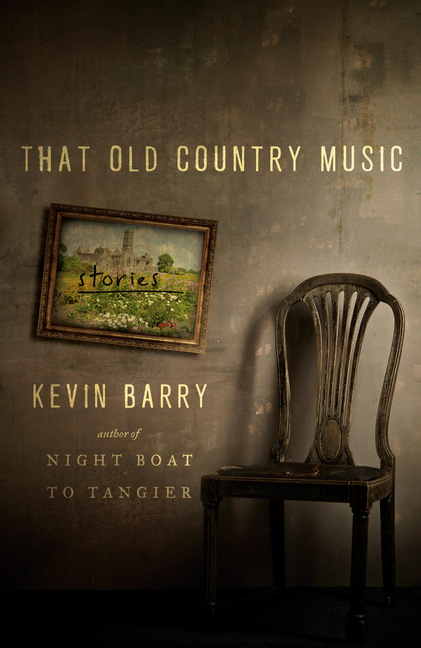 From the author of the wildly acclaimed Night Boat to Tangier comes stories of rural Ireland in the classic mode. This collection is full of love, sex, melancholy and magic.

What The Reviewers Say
Positive Hephzibah Anderson,
The Guardian
Passion proves hazardous for the loners and oddballs who drift through Barry’s forceful landscape ... Written over the course of eight years, these stories aren’t quite of equal strength, but throughout, their language is exhilarating, its verve evoking the very best of Barry’s compatriots while further carving out a territory that’s all his own.
Read Full Review >>
Rave Sarah Moss,
The Irish Times
Barry is particularly impressive as a writer of men’s voices and stories, which means that he has the rare art of being able to convey in sentences what is not said, not even fully thought, by his characters ... We know what Séamus is thinking, and we can guess about Katherine. It’s not, exactly, that we need the happily-ever-after which appears to be receding, only that Barry’s writing of silence, of the ways we read silence, is uncomfortably excellent ... The 'heroic path' is taken by the stories, by the whole collection, as well as by the characters within. Though they all begin more or less in literary realism, there is another tendency pulling towards capital-R Romanticism, towards the suggestion that we are all in the end creatures of landscape, buildings and weather, what we imagine to be our actions directed by dimly seen powers beyond our control ... But these playful, serious and beautifully crafted stories allow Barry to experiment as we need great writers to do.
Read Full Review >>
Positive Sarah Gilmartin,
The Times (UK)
... the prose throughout is fresh and sometimes startling, and the details have a poetic beauty ... Sometimes, as with Old Stock, Barry chooses a more comic tone which lightens proceedings but doesn’t bring the same heft. Elsewhere the humour works a treat, as with the grotesquely funny mother-and-son alcoholics in Toronto and The State of Grace ... Some stories don’t quite land ... Fans of the Limerick author might also be disappointed that a number of these stories have already been published elsewhere. But these criticisms are only to judge Barry against the incredibly high bar he has set for himself. That Old Country Music is still one of the best collections you’ll read this year.
Read Full Review >>
See All Reviews >>
What did you think of That Old Country Music: Stories?
© LitHub | Privacy