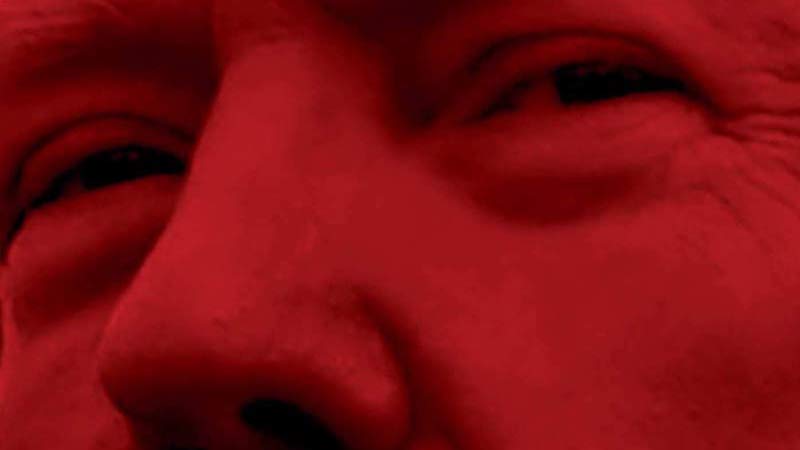 And now his watch is ended. Yes, after five gargantuan volumes of inspired and/or enraging quotidian musings (depending on your taste), the sixth and final installment in Karl Ove Knausgaard’s My Struggle series is upon us. In his Slate review of the concluding tome, Charles Finch is both awestruck and infuriated by the Norwegian author’s choices, marveling at the beauty and bravery of the overall project, but dismayed by the decision to apply his freehanded method of composition to Hitler and the Holocaust. Over at the New York Times, Marlena author Julie Buntin was impressed by the “singular portrait of the opioid epidemic and the United States’ failure to provide adequate support to veterans” which Nico Walker paints in Cherry, but also critical of the reductive, one-dimensional way in which his female characters are presented. Brian Blanchfield, in a scathing N+1 takedown of Bob Woodward’s Trump White House expose, Fear, dismisses the veteran political journalist as a “stenographer to power.” We’ve also got Ruth Franklin on Your Duck is My Duck and the “radically alien” pleasure of reading Deborah Eisenberg’s short stories, as well as Silicon Valley up-and-comer Bill Gates on Yuval Noah Harari’s 21 Lessons for the 21st Century.

“It’s not just that Woodward’s self-consciously Serious approach to Serious People sputters and short-circuits when confronted with the ludicrously Unserious figure of Donald Trump himself (who, unlike previous Presidents, did not make himself available for Woodward to interview.) Rather, Fear showcases Woodward in his most abject and pathetic role as what Christopher Hitchens, who also saw him for what he was, called a ‘stenographer to power.’ For page after dumbfounding page, Fear reproduces, with gobsmacking credulity, the self-aggrandizing narratives of factitious scoundrels. Didion was absolutely right to class Woodward’s work as fundamentally a kind of ‘political pornography.’ But Fear is to Woodward’s previous oeuvre of political pornography what Fifty Shades of Grey is to Twilight: vampiric fan-fiction repackaged as middlebrow smut … if Trump has a foremost sin in Woodward’s eyes, it’s that he is Not A Serious Person. With a characteristic fetish for matters of human intelligence and national security, Woodward faults Trump for being feckless and indifferent on matters of foreign policy, the stenographer’s ultimate litmus test of Seriousness … why, for that matter, write this book at all? If the ‘insider’s inside story’ promised by Woodward’s earlier presidential books had any value, it was strictly as a response to scarcity: before social media and the Trump era’s all-consuming political coverage, some details really might have been missed. But now everything is predigested, and what’s missing is precisely what Fear lacks: deep historical context, narratives that place the human costs of Trump’s actions above his rhetoric.”

“Women, when they appear, are categorized by their sexual availability and desirability. Often they’re given no name, and simply assigned to a male character—his woman, his girl. What’s meant by this construct is unclear. Of course, some men really talk this way, but accuracy as justification seems at odds with how the narrator intends to be perceived…He’s sensitive, not to mention extremely damaged by his time at war. But his flashes of gooey adoration for Emily and moments of sympathy for other women feel less genuine than put-on, as if they’ve been carefully planted to distract us from the casual sexism inherent in his voice. I got the impression I was meant to like him. It’s a miracle I credit to the urgency of every aspect of this novel outside of the love story that I often did … Cherry is a singular portrait of the opioid epidemic and the United States’ failure to provide adequate support to veterans. It’s full of slapstick comedy, despite gut-clenching depictions of dope sickness, the futility of war and PTSD. The sections on Army life in and out of Iraq offer a searing glimpse into the wretchedness of that American disaster. As a stylist, Walker is un-self-conscious and rangy. He has a gift for the strategically deployed profanity, and writes dialogue so musical and realistic you’ll hear it in the air around you. He can pull off judicious caps lock. And yet, it’s a struggle to root for a novel that relies on a woman for narrative structure even as it constantly undermines her humanity.”

“Like life, his books are both boring and relentlessly interesting; like life, they seem somehow both very long and very fast. In other words, they’re like life. A second life, which the reader briefly lives in Knausgaard’s stead, prosaic, meaningless, yet of course also replete with the most serious possible meaning, replete with sad vastness, private infinities. There’s something primitive and hungry in that experience—and for me, sometimes, something spiritual, close to the experience of grace … Knausgaard then makes a sharp and truly strange turn (via a confused reading of a poem by Paul Celan) into his maddening, frequently fascinating account of Hitler’s early years…What he has allowed himself is an absolute orgy of interpolation, of style, of insight (‘insight’), as if he has expressly set out to recant the choices that made the prior installments of My Struggle unique. The trouble is that he seemingly hasn’t also recanted his freehanded method of composition—instead, he has turned it loose on the Holocaust, a subject that should demand of a writer heroic rigor, heroic precision. In 1,200 pages, there’s room for an absolutely enormous number of bad ideas, and Knausgaard talks his way into every category of them…For the first time, Knausgaard’s least sophisticated accusers are right: This is the arrogance, grandiosity, and laziness of a loudmouthed white man who insists he’s worth 4,000 pages of your time … If there is a unique magic to his work, it is the restoration of at least a glimmer of the great and shiningly obvious place that we might occupy in our own lives. Read Knausgaard from first word to last and it will change you. That is a promise that art makes, and rarely keeps, but a promise, as he has shown beautifully and bravely in himself over all these volumes, whatever their momentary imperfections, that nature always does.”

“There’s something of Norman Rush in Eisenberg’s manically intelligent narrators, something of Joan Silber in her elaborate structures, something of George Saunders or Margaret Atwood in her dystopian visions. But the experience of reading Eisenberg is radically alien. It’s challenging to sum up or even describe her fiction, because the action is almost entirely interior … But epiphany has never been Eisenberg’s style. The usual contrivances of fiction—the cunningly placed symbols and neatly drawn arcs—depict life the way we want it to be, studded with meaning beneath the surface. Much of Eisenberg’s genius lies in forswearing these contrivances to create something much closer to the way life actually feels … in Your Duck Is My Duck, Eisenberg seems to have in her sights a more general—and extremely pessimistic—assessment of American life…Many of the stories were originally published between 2011 and 2015, but their vision of decline speaks excruciatingly to our current moment. It’s not just in the specifics—the effects of climate change, the decrepitude of the New York City subway—but in the sense of malaise, both emotional and political, that despite flashes of humor (Eisenberg can be a very funny writer) hangs over this collection. Eisenberg has said she thinks of fiction ‘as a kind of inquiry into what it is to be a human and what it is to be a human now.’ What is most startling is not her assessment of American decline but the realization that it has been going on for so long.”

“Although you will find a few concrete lessons scattered throughout, Harari mostly resists handy prescriptions. He’s more interested in defining the terms of the discussion and giving you historical and philosophical perspective … Sprinkled throughout is some practical advice, including a three-prong strategy for fighting terrorism and a few tips for dealing with fake news. But his big idea boils down to this: Meditate…This is easy to mock, but as someone who’s taking a course on mindfulness and meditation, I found it compelling … As much as I admire Harari and enjoyed 21 Lessons, I didn’t agree with everything in the book … I wanted to see more nuance in Harari’s discussion of data and privacy … I was also dissatisfied with the chapter on community…he undersells the benefits of connecting family and friends around the world. He also creates a straw man by asking whether Facebook alone can solve the problem of polarization. On its own, of course it can’t … But Harari is such a stimulating writer that even when I disagreed, I wanted to keep reading and thinking.”