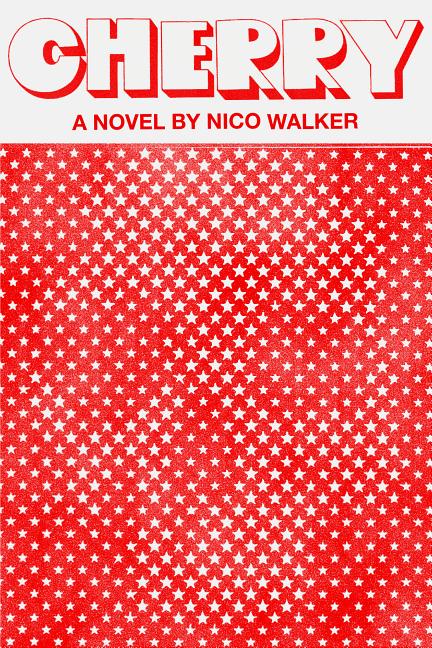 After an aimless young man joins the Army as a medic and serves in Iraq, where he and his fellow soldiers take drugs to numb themselves to the traumatic violence that both appalls and titillates them, he returns home even more aimless and embarks on a life of narcotics ingestion and crime.

What The Reviewers Say
Rave Ron Charles,
The Washington Post
Cherry is a miracle of literary serendipity, a triumph born of gore and suffering that reads as if it’s been scratched out with a dirty needle across the tender skin of a man’s forearm ... Walker credits Tim O’Connell, his editor at Knopf, with transforming those typewritten pages into this tour de force. But when I contacted O’Connell, he claimed ... 'Nico simply poured everything he had into it.' That sounds right—and true to the searing authenticity of this novel, which tries to answer the question, 'How do you get to be a scumbag?' But in the process of laying out the road to perdition, Walker demonstrates the depths of his humanity and challenges us to bridge the distance that we imagine separates us from the damned.
Read Full Review >>
Rave Elliot Ackerman,
The Wall Street Journal
War narratives usually fall somewhere on a spectrum between elegiac and ironic, and “Cherry” certainly skews ironic. Mr. Walker achieves this effect in the way he mixes registers, switching quickly between the slangy or ultra-simple and the literary or vaguely bureaucratic ... the humor in the book is a sort of anti-humor; it is deadpan in the extreme ... One of the chief pleasures of Mr. Walker’s writing is how it shies away from pretension, both stylistically and thematically, yielding memorable descriptions ... Mr. Walker’s crisp observations draw us in, so that we happily follow the narrator through the war, through his seedy life in sex and drugs, until he’s eventually robbing banks. There are no tricks in the writing, no striving for meaning on every page when there is not much more to relate than the drug-hunger that consumes an addict’s life. The book is wonderfully direct ... a bracingly original novel.
Read Full Review >>
Rave Atticus Lish,
Harper\'s
...epic and exhilarating, foul and touching ... It is a remarkable accomplishment. As a confessional outpouring by a man trying to face his responsibility for all he has done wrong, it will shake your soul with vicarious grief. Its depictions of combat and addiction are carefully drawn and horrifyingly immediate, almost reportorial in detail ... his book is unaccountably fun to read—a page-flipper of a tragedy ... The narrator describes the ghoulish effects of an IED blast in extraordinary, vivid language that is among the best war writing I’ve ever read ... Walker writes, in the first person, like someone talking naturally, unselfconsciously. He doesn’t watch himself. He flows ... The move from humor to poignant ache—with an edge of desperation—happens smoothly ... The complexity of the relationship between hero and heroine makes the novel endlessly troubling, morbidly fascinating. To what extent is each of them guilty of or complicit in his or her own destruction?
Read Full Review >>
See All Reviews >>
SIMILAR BOOKS
Fiction

The Sentence
Louise Erdrich
Positive
What did you think of Cherry?
© LitHub | Privacy