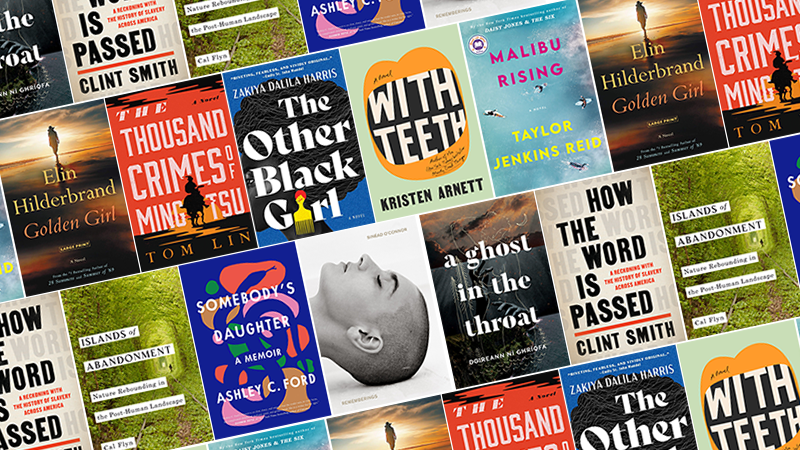 Sinead O’Connor’s Rememberings, Zakiya Dalila Harris’s The Other Black Girl, Kristen Arnett’s With Teeth, and Doireann Ní Ghríofa’s A Ghost in the Throat all feature among the Best Reviewed Books of the Week.

1. The Other Black Girl by Zakiya Dalila Harris
(Atria)

“The Other Black Girl is about many things—friendship, the humdrum office culture—but its driving pulse is a sharp critique of the publishing industry’s lack of diversity … In the novel, we see firsthand the industry’s uniformity and its harrowing effects on nonwhite staff. Harris’s prose creates a deep realism, allowing readers to experience Nella’s loneliness and isolation at her job … The best satire reveals the skeletons in our closets and guides us to a deeper sense of truth. This is where the book thrives: Harris strategically inserts satire during moments in which characters demonstrate unconscious bias, allowing us to see the nuances of racism. Harris forces us to dwell in these uncomfortable, awkward moments; they linger even after the book has ended … In The Other Black Girl, Harris creates a space for black writers and writers of color to tell their own stories in their own way.” 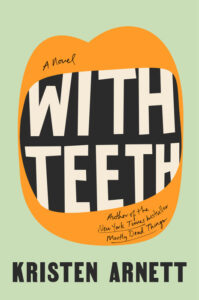 2. With Teeth by Kristen Arnett
(Riverhead)

“It’s gripping. At just over three hundred pages, it only took me a night and a half to finish this love letter to the lesbian, Central Florida lifestyle … I would’ve finished it sooner if sleep hadn’t taken me hostage for a time … It’s labeled variously as literary fiction or lesbian literature, but With Teeth is more like a horror story to me … as I read the last e-mail Sammie sends Samson, literal chills went up my spine … You know you shouldn’t keep watching the train wreck that is Sammie’s life happening page after page, but much like each new article about Florida Man you see on your Twitter feed, you’re helpless to the pull … sometimes Sammie comes up with golden nuggets about being queer that take your breath away … almost three hundred pages from the point of view of a character whom I was trying to like, or at least to empathize with, and suddenly those last few pages hit. Once you read them, you’ll understand when I say Arnett has a gift for the Shyamalan-style twist.”

–A. Poythress (The Rumpus)

“There’s an impeccable sense of balance in Taylor Jenkins Reid’s Malibu Rising, a natural order in which every action meets its equal and opposite reaction … Part of the fun of Reid’s recent novels is the way she reveals the machinery of celebrity life … Reid’s sense of pacing is sublime as she introduces and dispenses with a revolving door of characters to approximate the chaos of a rager where sloshed A-listers couple up in the closets and waiters pass trays of cocaine.”

“… urprising, delightful and—dare I say?—quirky … filled with Hilderbrand’s trademark gorgeous scenes and delicious dialogue … Like Vivi, Hilderbrand is commercially successful but doesn’t always get her due as an immensely talented writer. Golden Girl will help change that. It is funny and heartbreaking, and even though it’s in some ways a departure for Hilderbrand, the novel still offers plenty of that Nantucket air to keep you turning pages.”

5. The Thousand Crimes of Ming Tsu by Tom Lin
(Little Brown and Company)

Read an excerpt from The Thousand Crimes of Ming Tsu here

“In this unforgiving landscape, which Lin vividly and meticulously describes in prose whose music is reminiscent of Cormac McCarthy’s, even a rainstorm can take on mythical proportions … The book is filled with gunfights, blood and dust, and gruesome murders with details that are cinematic and precise, down to the number of bullets left. Death in this ‘ancient and deathless’ terrain is always too close, where the land is sometimes a resplendent spectacle, more often a callous god … It can be difficult to keep a narrative moving in a desolate setting and some of Lin’s descriptive sentences can feel overladen … The men on Ming’s hit list are largely interchangeable, and even his wife, Ada, whom he plans to retrieve, is delivered in dreamy snippets that make their love feel thin and a bit stock. This story line may have been more convincing on the screen, where visuals could have conveyed ardor and distinctiveness, but on the page, with an often stoic character, it’s hard to invest in this aspect of his journey. Also, the supernatural abilities of the magic-show characters sometimes swoop in and remove the obstacles in Ming’s way, which lets some of the tension out of the story, and despite his accumulated blood, sweat and grit, Ming can feel too invincible … Lin’s prose captures the terrifying, repetitive power of nature.”

1. A Ghost in the Throat by Doireann Ní Ghríofa
(Biblioasis)

“… a powerful, bewitching blend of memoir and literary investigation … Ni Ghriofa is deeply attuned to the gaps, silences and mysteries in women’s lives, and the book reveals, perhaps above all else, how we absorb what we love—a child, a lover, a poem—and how it changes us from the inside out … heated and alive …This is not dusty scholarship but a work of passion.”

2. How the Word Is Passed: A Reckoning with the History of Slavery Across America by Clint Smith
(Little Brown and Company)

Listen to an excerpt from How the Word Is Passed here

“In rich, evocative language, Smith synthesizes first hand research, textual sources, and interviews as he weaves a lyrical and precise tapestry of the truth of America’s past that many would like to continue to hide … The detail and depth of the storytelling is vivid and visceral, making history present and real. Equally commendable is the care and compassion shown to those Smith interviews—whether tour guides or fellow visitors in these many spaces. Due to his care as an interviewer, the responses Smith elicits are resonant and powerful … Smith deftly connects the past, hiding in plain sight, with the today’s lingering effects…”

3. Islands of Abandonment: Nature Rebounding in the Post-Human Landscape by Cal Flyn
(Viking)

“.. brave, thorough … fascinating, eerie and strange. And because the author has chosen to, it eventually nudges towards the optimistic … There is some thrilling writing here, a fine way with the telling detail, and a plea for radical revisioning of what we mean by ‘nature’ and ‘wild’. One wonders if there is a Pollyanna-ism at work, a willed optimism that might provide licence for future destruction because, we might say, sometime in the deep future, life will prevail. Flyn is alert to this, acknowledges that she is focusing on the silver linings – and acknowledges, too, the heavy losses that will result from global warming. The pockets of enticing abandonment we create with a mine here or a quarry there will be as nought to the Earth-changing, human-induced climate change. When it comes to planetary impact, ‘We are the meteor, we are the volcano.’ And what will survive of that?”

“Somebody’s Daughter is smoothly written and marked by moments of alert complexity. Ford borrows from her literary foremother Zora Neale Hurston—especially Hurston’s juxtaposition of happiness to intimacy with the sun … Somebody’s Daughter is a thoughtful debut. Ford writes with a flush and sophisticated pen. But the heartbeat of Ford’s firstborn is her ability to pinpoint critical moments on her self-discovering journey, and, like Baldwin and Abdurraqib, find respectable ways to perform and not drown in her suffering.”

“This is all Sinéad, so deftly written, so fundamentally in and of her own voice…that it’s almost a song in and of itself, giving us the backstory, context, truth, trimmings and transmission, of what makes her such a revolutionary, singular, incomparable artist … O’Connor has always been an adventurous genre- and tone-shifter, carving out new territory for herself to explore. With Rememberings, she announces herself, intended or not, as a writer one yearns for more work from, if that’s not too selfish a request. People have always demanded things of O’Connor, and there’s a beautiful satisfaction in how Rememberings details, with humility, an artistic life lived on one’s own terms … The most brilliant chapter runs to just about a page, titled It Aint Necessarily So. O’Connor deconstructs the given narrative America in particular subsumed around the SNL incident, with incredible, eye-widening clarity … Rememberings shirks the cliches of music memoirs. It’s not so much about a career as it is about a life. Yes, there’s pain, but it’s also brimming with brilliant punchlines, barbs and thigh-slapping moments of hilarity.”