The Thousand Crimes of Ming Tsu 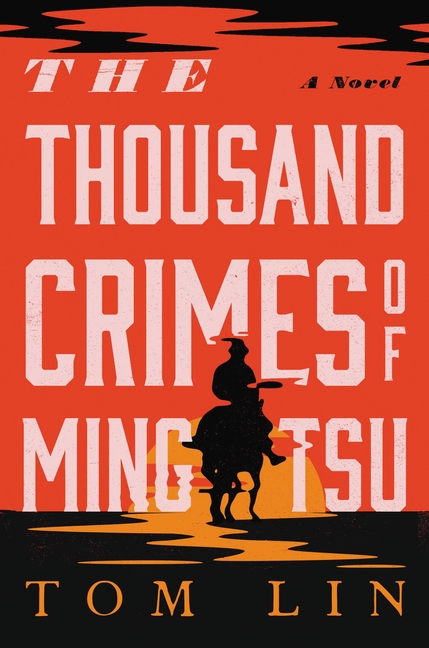 Fighting his way across the West to rescue his wife and exact revenge on the men who destroyed him, while settling old scores along the way, Ming Tsu is aided by a blind clairvoyant and a troupe of magic-show performers, some with supernatural powers.

What The Reviewers Say
Rave Terry Hong,
Shelf Awareness
... addictively gruesome ... manages to enhance a wild, wild western with Odyssean devotion, magic realism and historical racism, to create quite the unlikely love story gone awry ... Ming's story of denial becomes Lin's ingenious assertion of his own Chinese American heritage, his fiction a literal projection of the Chinese American experience onto the page. Lin cleverly reclaims the language as he marks each of the story's three parts with untranslated Chinese characters ... With dexterous agility, Lin showcases Ming's multi-faceted identity as a native-born American, a builder of transcontinental railroads, a rebel against racist laws, a killer of injustice--and maybe even a hero who might finally get the girl.
Read Full Review >>
Positive Chanelle Benz,
The New York Times Book Review
In this unforgiving landscape, which Lin vividly and meticulously describes in prose whose music is reminiscent of Cormac McCarthy’s, even a rainstorm can take on mythical proportions ... The book is filled with gunfights, blood and dust, and gruesome murders with details that are cinematic and precise, down to the number of bullets left. Death in this 'ancient and deathless' terrain is always too close, where the land is sometimes a resplendent spectacle, more often a callous god ... It can be difficult to keep a narrative moving in a desolate setting and some of Lin’s descriptive sentences can feel overladen ... The men on Ming’s hit list are largely interchangeable, and even his wife, Ada, whom he plans to retrieve, is delivered in dreamy snippets that make their love feel thin and a bit stock. This story line may have been more convincing on the screen, where visuals could have conveyed ardor and distinctiveness, but on the page, with an often stoic character, it’s hard to invest in this aspect of his journey. Also, the supernatural abilities of the magic-show characters sometimes swoop in and remove the obstacles in Ming’s way, which lets some of the tension out of the story, and despite his accumulated blood, sweat and grit, Ming can feel too invincible ... Lin’s prose captures the terrifying, repetitive power of nature.
Read Full Review >>
Rave Grace Lichtenstein,
BookPage
The story’s supernatural elements never get in the way of the action, as first-time novelist Tom Lin displays remarkable skill in maneuvering his plot and characters so that readers continue to believe the tale even when it seems impossible, as when a cougar befriends Ming and shares its water and food with the man. This is a major work that enlarges our view of the Wild West and marks Lin as a writer to watch.
Read Full Review >>
See All Reviews >>
SIMILAR BOOKS
Fiction

Aesthetica
Allie Rowbottom
Positive
What did you think of The Thousand Crimes of Ming Tsu?
© LitHub | Privacy