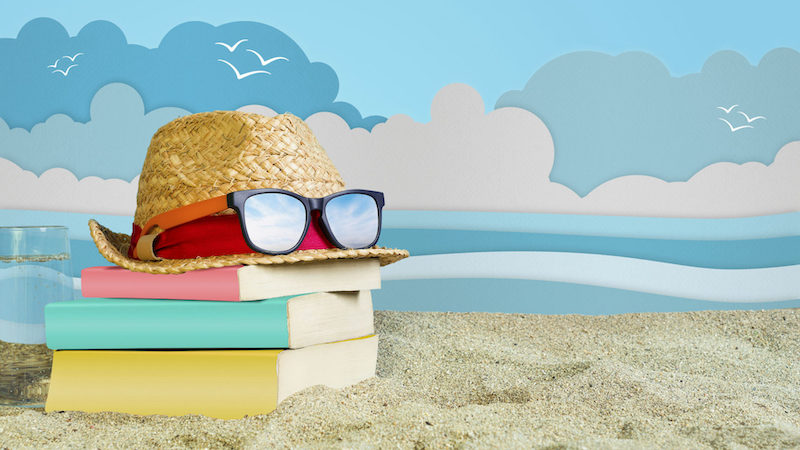 “… thrilling … This layout may seem a little too neat—and, indeed, the symmetry of the novel’s interlocking plots might well have dulled its emotional effect were it not for Ms. Brooks’s almost clairvoyant ability to conjure up the textures of the past and of each character’s inner life … Above all, she makes us both impatient to see and fearful to learn what might befall Theo, the black graduate student who rediscovers the painting, and, centuries earlier, Jarret, the enslaved horseman whose story forms the heart of the novel … Alongside this personal drama, Ms. Brooks expertly stages the larger one of the Civil War … Chapters set in the 19th century are therefore richly populated and dense with talk of emancipation, sedition and corruption. Yet none of this seems forced or perfunctory. Ms. Brooks’s felicitous, economical style and flawless pacing—the way she smoothly accelerates from languor to high adventure—carries us briskly yet unhurriedly along. And the novel’s alternating narratives, by suspending time, also intensify suspense … Ms. Brooks folds into a love story the weighty matter of racism and its lethal consequences without stalling the graceful narrative flow.”

2. Jackie & Me by Louis Bayard
(Algonquin)

“The ingenuity of Louis Bayard’s new novel, Jackie & Me, is that it doesn’t try to penetrate the black box of the Kennedy marriage by writing about it directly. Instead, Bayard seeks an answer by focusing on the before: the years when Jack and Jackie were still two distinct individuals, a young man and a younger woman navigating their ways through Washington … a poignant, late-summer-afternoon kind of novel. There is a sweet, timeless joy in Lem and Jackie’s shared scenes—riding the Ferris wheel, cracking silly jokes—and the pages turn easily, even if the tension never quite reaches more than a low simmer. These are two central characters who are, for the most part, stuck in a holding pattern, subject to the whims of another … Bayard thoughtfully explores the question of what it means to repress one’s own desires, to shape one’s life and identity around another person … Bayard captures his characters with deft economy … There is a way in which Jackie & Me denies the future first lady these darker possibilities and, in that, denies her true complexity … None of this, though, ultimately detracts from the sheer enjoyability of this novel. Jackie & Me is a story perfectly tuned to our ongoing fascination with the Kennedy marriage—and a novel, like Jackie herself, with charm to spare.”

“Chunks of the SF novel are interspersed along the way, and while this tactic effectively displays Louise’s growing feminist point of view, it tends to pull readers out of the thoroughly fascinating main plot, in which a determined woman spies on suspected spies. The tantalizing slice of literary history, combined with the revealing look at good-old-boy sexism in postwar publishing, will draw readers across multiple genres.”

1. Also a Poet: Frank O’Hara, My Father, and Me by Ada Calhoun
(Grove)

“[A] grand slam … Also a Poet began as Calhoun’s attempt to finish what her dazzling, absent-minded father couldn’t … But it turned into something much less dutiful, and more interesting, a story about both the impossibility of reconstructing another person’s life and the importance of trying … Calhoun’s through-her-teeth hisses at her father’s fumbling are great, as are the tapes: snatches of poetry unto themselves … A big valentine to New York City past and present, and a contribution to literary scholarship, molten with soul.”

“The premise of Ellyn Gaydos’s debut memoir Pig Years may seem unpromising, at least to urbanites. And yet even if you’ve never given farming a thought, Gaydos is a writer of such vigorous eloquence that you’ll find yourself riveted … The memoir imparts an abiding sense of the gravity of these acts—of raising, tending, and killing animals; of planting, nurturing, and harvesting vegetables—that lends an almost sacred quality to Gaydos’s prose … Unplotted, the memoir is, like life, peppered with significant, unforeseeable incidents … Such loveliness: prose style is a kind of magic.”

3. Bitch: On the Female of the Species by Lucy Cooke
(Basic Books)

“Offering a wealth of examples ranging from cannibal spiders to sex-switching reef fish, Cooke dismantles a mass of misconceptions about binary sex roles, many of which can be traced back to that beloved bearded icon, Charles Darwin … Cooke gleefully rebuts many of these assumptions about male dominance and female docility ..so full of marvelous surprises about sex roles that I sensed Cooke herself was transformed in its writing.”