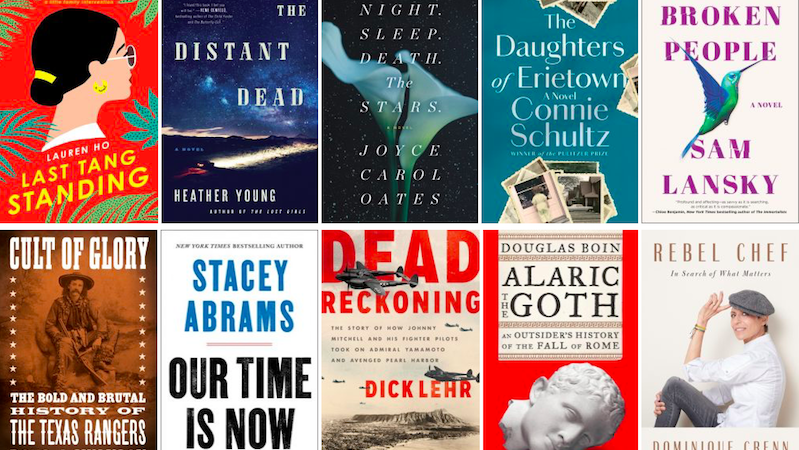 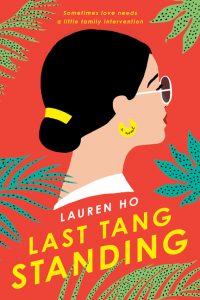 “Author Lauren Ho is a former legal adviser, and her debut novel is a blast. Andrea is a relatable, laugh-out-loud protagonist, a high achiever who also gives in to her weaker instincts on occasion. Last Tang Standing is a near-perfect blend of Crazy Rich Asians and Bridget Jones’s Diary, yet it still feels wholly original.” 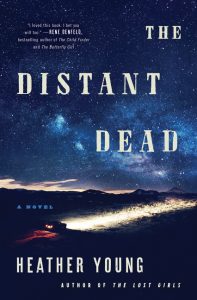 2. The Distant Dead by Heather Young

“…a powerful opening to an equally powerful story. And there is a lot to compliment—from Young’s descriptions of a high desert town outside Reno to the parallels Young creates between characters … Young’s ability to create connections between these characters is the real marvel of this work. They are each distinct from the other, but in so many ways they are the same, and the humanity Young creates in each is a direct product of this understanding … a breathtaking read, with flawed and authentic characters who hit so close to home that at times it is impossible not to root for them, just as we might for those closest to us.” 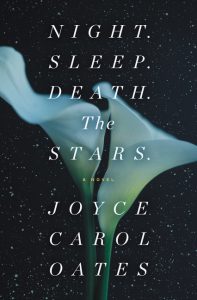 “… timely, monumental … masterful novel, yet another piercing examination of American culture by the writer this reviewer considers our country’s greatest living novelist … Whitey and Jessalyn’s five adult children are brilliantly drawn characters, whose passions, politics, struggles and secrets fit well into the factions we Americans fall into … Over hundreds of pages, their relationships play out in raw, authentic detail. Their encounters are revelatory, not just in the realm of family trickiness, but in the larger context of American culture, which these days is most painfully represented by people who lack the ability to step back and consider the other and his or her circumstances … brilliant. How blessed we are to have [Oats] as a novelist in our chaotic, confusing times … Three inches thick or no, Night deserves the top spot on your quarantine nightstand. Here’s a fervent salute to Oates, our finest American novelist, for this one.”

Read an excerpt from Night. Sleep. Death. The Stars. here 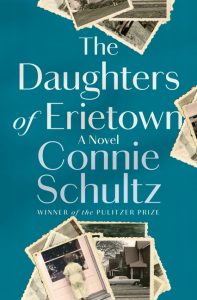 4. The Daughters of Erietown by Connie Schultz

“… absorbing … At times, this closely observed family saga reads like comfort food, peppered with nostalgic references to products including Lawson’s French onion dip and Toni home perms, as well as occasional feel-good homilies, such as ‘you should always be able to feel proud of the girl you see in that mirror.’ But this quiet, Anne Tyler-esque novel is also a reminder that gentler times were not always gentle, that life is filled with hardship even without existential threats.” 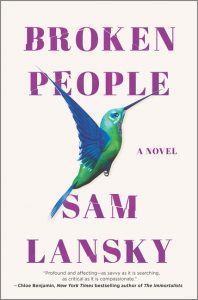 “… an unforgettable story of resistance, trust, faith and love. Starting with the novel’s opening pages, Guggenheim fellow Ellen Feldman immediately grabs readers’ hearts and never lets go … The best works of historical fiction have a way of illuminating the present, allowing readers to better understand themselves through well-defined characters reflected in the prism of time. In Paris Never Leaves You, Ellen Feldman does this beautifully in a multi-layered, tender story that explores the emotionally charged, often parallel terrains of truth, deception, love and heartbreak … That said, Lansky is a piercing observer of gay men and the often fraught relationships we have with our own bodies … To anyone who thought Obergefell v. Hodges (the 2015 Supreme Court decision that affirmed same-sex marriage as a constitutional right) put an end to gay shame in America, Broken People provides a contradictory vision. We need more books like Lansky’s, ones that investigate why political progress doesn’t always translate to self-acceptance for queer people. But I can’t help thinking this particular argument would have been stronger if the protagonist had declined to take his agent’s advice.” 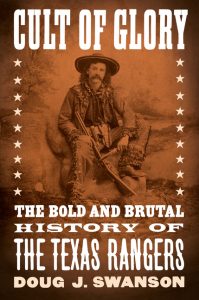 1. Cult of Glory: The Bold and Brutal History of The Texas Rangers by Doug J. Swanson

“.. densely researched … At more than 400 pages, backed by 34 pages of single-spaced footnotes, Cult of Glory will likely withstand challenges to its accuracy … Its tone is matter-of-fact, and Swanson does not make the mistake of imposing contemporary values on bygone days. He does, however, meticulously fill in the historical voids and correct the misrepresentations…And for any student of Texas history, the book is a treasure, on several levels. First, it is a fascinating historical narrative, packed with colorful episodes and outsize characters including Ranger legends like Jack Hays, Sam Walker, Bigfoot Wallace and Alfred Allee…And, whatever their faults, the Rangers were often a wild and daring bunch, which sometimes left a strong impression on observers … Perhaps more important, the book is also a critical retelling of Texas history as seen through a different lens. And in setting the record straight about the Texas Rangers, Swanson clarifies and enriches the remarkable story of Texas for everyone.” 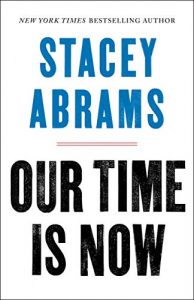 2. Our Time is Now: Power, Purpose, and the Fight for a Fair America by Stacey Abrams

“The tensions between patience and urgency, between fear and resolve, between the promise of someday and the demands of right now, are at the heart of Our Time Is Now. Abrams covers plenty of territory—identity politics, voting rights, and the frustrations and revelations of her gubernatorial race—but above all, she writes about the grinding work required to make real the compact of democratic participation … more than just another campaign book. Despite the immediacy of her title, Abrams also takes the long view … These are not the priorities of someone fixated on her short-term political prospects, no matter how brightly such ambitions may burn.” 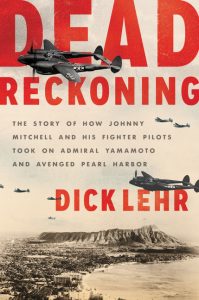 3. Dead Reckoning: The Story of How Johnny Mitchell and His Fighter Pilots Took on Admiral Yamamoto and Avenged Pearl Harbor by Dick Lehr

“The story of targeting Yamamoto has been told before, of course. What freshens Mr. Lehr’s account is his inspired idea to balance the Japanese admiral with the much younger Capt. John Mitchell … Many readers will know how the intercept turns out (for the uninitiated, the book’s title, Dead Reckoning, is a giveaway), but Mr. Lehr’s telling of it has the excitement of a Steve McQueen car chase … why pick up Mr. Lehr’s version? Because he tells the story so very well.” 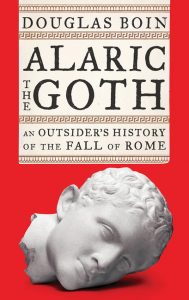 4. Alaric the Goth: An Outsider’s History of the Fall of Rome by Douglas Boin

“Lacking personal particulars, Boin paints a richly detailed portrait of the world in which Alaric maneuvered, defined by the thrashings of an empire in turmoil … It is by now common wisdom among academics that the Germanic peoples whose incursions contributed to the collapse of the Roman Empire were seeking to be part of it, not to destroy it. Boin conveys this scholarly insight to general readers in a cogent, readable text that vividly conveys the fear and confusion that surrounded the issue of immigrants’ rights in a period of declining Roman power. He draws the contemporary parallels with a freedom that teeters on the brink of overstatement, but his handling of the relocated Gothic boys’ deaths is characteristic of his bold yet scrupulous reading of ancient sources.” 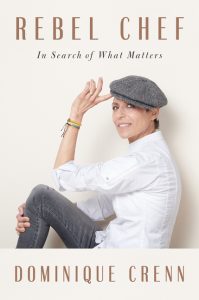 5. Rebel Chef: In Search of What Matters by Dominique Crenn and Emma Brockes

“…an empowering memoir that celebrates female entrepreneurship … Throughout, Crenn highlights her passion for organic ingredients…and celebrates her French culinary roots. Crenn talks of her achievements, among them preparing a dish for French president Emmanuel Macron, and of dealing with setbacks such as a breast cancer diagnosis … This enthusiastic memoir will thrill foodies and inspire hopeful chefs.”