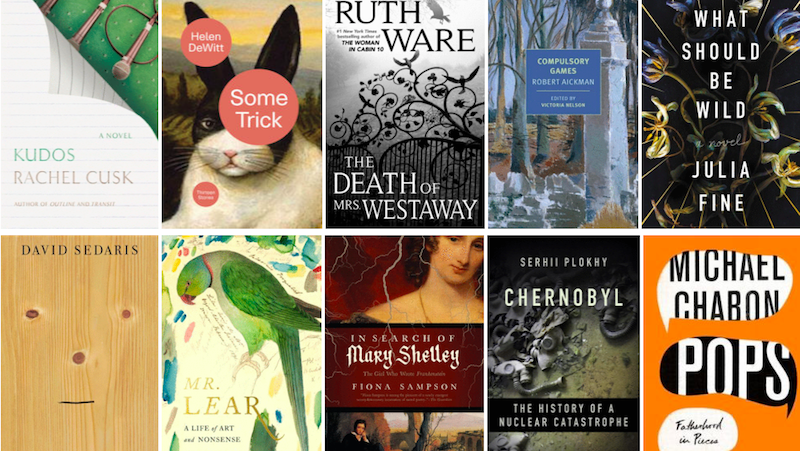 “In unhappier compositions her metaphors pile up and sit at angles like jigsaw pieces, but in the Outline trilogy they are masterfully in hand. There is urgency, a wish to avoid unnecessary detours, for we have someplace to be … Her prose is not musical, exactly. It is what I would call ritualistic. The monologues in the Outline trilogy are controlled trances, like Stevie Nicks at the end of ‘Rhiannon’: you enter the speed and the artifice and the belief of it with her. They seem to have been written compulsively; they certainly read compulsively. There is a relentlessness to them, an onslaught that is like the onslaught of life. Occasionally you find yourself wishing for someone to get up and go to the bathroom, but most of the time you are transported … Writing about writers is supposed to be boring, but this, for my money, is the most fascinating thing Cusk has done. Also, a fake Knausgaard shows up halfway through, and it rules … The three novels blend together, and not to their detriment. Their of-a-wholeness is why they are so often referred to as ‘a project’. And the pleasure of this project is a rare one: it is the pleasure of a person figuring out exactly what she ought to be doing … What do we make of a writer who does not much care to be seen as moral, but who still writes in the voice of the law? She is judge and jury, we have fallen jarringly into a universe of her making, a friendly concession once in a while would help, but no. She never softens her judgments for our sake.” 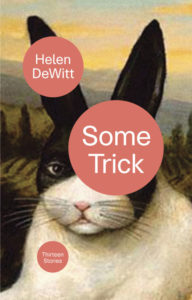 2. Some Trick by Helen DeWitt

“DeWitt’s ruthless honesty about the sausage making of literary production is no doubt autobiographical … But the generosity and humor of these stories soften any sense of personal grievance into something much more interesting and complicated. The stories are devastatingly specific, and yet they serve as broad parables about the inevitability of being misunderstood, both as an artist and as a person … DeWitt captures the particular mix of sincerity and jadedness of the publishing world and of those whose job it is to be enthusiastic about highish culture in the face of periodic reports of its demise … It’s probably not good for most writers’ sanity to spend a lot of of time analyzing the cycles of hype, money, and fate that can dictate a career. But DeWitt has already done the work. One little look or two won’t hurt.”

3. The Death of Mrs. Westaway by Ruth Ware

“A classic never goes out of style … Here’s a suspense tale so old-fashioned, I’m hard-pressed to recall an element of it that doesn’t derive straight from the ‘It Was a Dark and Stormy Night’ playbook. Among other Gothic delights, there’s a crumbling old mansion, a disputed inheritance, an orphaned heroine and a grim housekeeper whose signature supper dish is gristle stew … Somehow, Ware takes all these tarnished suspense tropes, gives them a brisk working-over with a polishing cloth and recovers the ageless beauty of the traditional … The Death of Mrs. Westaway is superb. In addition to its brooding atmosphere and labyrinthine mistaken-identity plot, the novel also gives us a heroine of real depth in Hal.”

Read an excerpt from The Death of Mrs. Westaway here

“The short stories of Robert Aickman … take place in an ordinary world (albeit that of the previous century) in which bizarre, supernatural events unfold with real originality. His storytelling is good, his writing is clean, he’s funny but understated, and the stories themselves are striking … Aickman’s stories have more in common with surrealism than horror or fantasy … The plot—like the dialogue—of a story can at first seem drawn out, abrupt, or incomplete. He constructs his sentences with obvious care, but includes details selectively rather than exhaustively. We might know more about a woman’s outfit on one page than we know about our protagonist’s entire appearance … The person we follow in an Aickman story is often unremarkable: usually a man, generally a civil servant of a solitary disposition, who’s not particularly useful or skillful, and seems to be of ambivalent sexuality. Female protagonists, on the other hand, are generally much more capable than their male counterparts … Regardless of the character at hand, Aickman’s descriptive choices are confident and effective. He is master of his own game.”

5. What Should Be Wild by Julia Fine

“With convincing intensity and a charming mix of wit, gruesomeness, magic, and romance in the spellbinding mode of Alice Hoffman, Fine offers a provocative fairy tale about womanhood under siege and one young woman’s fierce resistance.”

“I have come to the conclusion that David Sedaris is not just some geeky Samuel Pepys, as I had assumed all these years. True, he may shed a revelatory light on the more extreme facets of our societal spectrum through his bizarre and pithy prism. Yes, his worldview—a fascinating hybrid of the curious, cranky and kooky—does indeed hold a mirror up to nature and show us as others see us. But make no mistake: He is not the Fool, he is Lear … This book allows us to observe not just the nimble-mouthed elf of his previous work, but a man in his seventh decade expunging his darker secrets and contemplating mortality. Calypso chronicles his latest attempts to come to terms with the slings and arrows of truly outrageous fortune that life has flung at him … For Lear the storm is the central metaphor … For Sedaris a snapping turtle with a partly missing foot and a tumor on its head becomes an unlikely leitmotif … The brilliance of David Sedaris’s writing is that his very essence, his aura, seeps through the pages of his books like an intoxicating cloud, mesmerizing us so that his logic becomes ours … The geeks really do inherit the earth.”

“More than any of the five previous Lear biographies…Ms. Uglow’s nearly 600-page book miraculously takes wing, soars higher and provides a more inclusive bird’s-eye view of almost every aspect of Lear’s life … At various moments throughout this avian journey, Ms. Uglow swoops down to examine and explicate with hawk-like acuity the ludic complexities of Lear’s writings. She brilliantly elucidates the interplay between the drawings and words in Lear’s limericks … Mr. Lear is lavishly produced and resplendently illustrated with color and black-and-white reproductions of paintings, drawings, sketches and photographs—many of which have been rarely seen. For me there is just one word to describe Jenny Uglow’s book, a word that Lear used to describe a sumptuous dinner party…splendidophoropherostiphongious.”

3. In Search of Mary Shelley: The Girl Who Wrote Frankenstein by Fiona Sampson

“Is it possible to trace the ‘weird nativity’ of Shelley’s celebrated novel Frankenstein, which she would begin writing only 18 years later … The poet Fiona Sampson believes that it is … there is no doubting the impact of Wollstonecraft’s death on her life. It runs like a thread through everything she does, and everything she is, and while Sampson’s sense of this may sometimes be a touch 20th century – her recourse to what ‘the psychologists’ have to say can be wearing – it is also the chief virtue of her daringly swift and enjoyably irreverent retelling of Shelley’s life. At the heart of her biography lies a paradox, which is that its engine is powered by absence and loss. Even when the action is at its most frantic, Sampson never loses sight of the gaping void below.”

Read an excerpt from In Search of Mary Shelly here

“Using new archive material, it is a work of deep scholarship and powerful storytelling. Plokhy is a master of the telling detail … Plokhy’s description of brave men with no protection walking on what was left of the burning reactor hall is horrifying … Plokhy is convinced there will be more Chernobyls. Despite headlines about nuclear weapons in North Korea or Iran, the greater danger to the world, he insists, is from nuclear energy in developing countries, where most of the reactors are being built and where ambitious dictators will be prepared to cut corners in pursuit of economic growth and relatively cheap energy. It’s a ghastly prognosis, and even if not entirely persuasive, so well argued that it is highly plausible.” 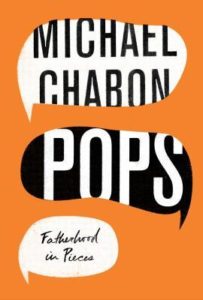 “Michael Chabon’s new book, Pops collects seven essays, each of which shines a light on moments revealing the plight of the modern father … Chabon’s book feels like a late-night talk with a friend about how much we love our kids and how hopeful we are that we’re better dads than we fear … at first glance I thought this book might just repackage Chabon’s magazine work, with no other reason for being. But then I read the final chapter and it all came together … In just a few pages I understood why Chabon found such meaning in fatherhood.”