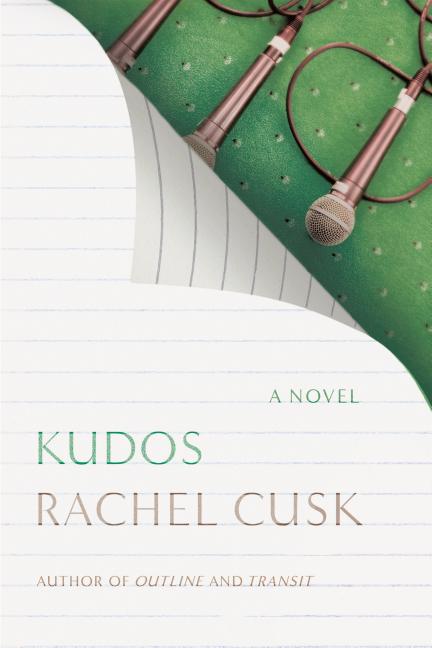 The final installment of Cusk's award-winning auto-fictional Outline Trilogy, which sees her observant writer protagonist Faye travel to a European literary festival, where she has a series of conversations with strangers and family.

What is this?
Rave
Based on 33 reviews

What The Reviewers Say
Rave Patricia Lockwood,
The London Review of Books
In unhappier compositions her metaphors pile up and sit at angles like jigsaw pieces, but in the Outline trilogy they are masterfully in hand. There is urgency, a wish to avoid unnecessary detours, for we have someplace to be ... Her prose is not musical, exactly. It is what I would call ritualistic. The monologues in the Outline trilogy are controlled trances, like Stevie Nicks at the end of 'Rhiannon’: you enter the speed and the artifice and the belief of it with her. They seem to have been written compulsively; they certainly read compulsively. There is a relentlessness to them, an onslaught that is like the onslaught of life. Occasionally you find yourself wishing for someone to get up and go to the bathroom, but most of the time you are transported ... Writing about writers is supposed to be boring, but this, for my money, is the most fascinating thing Cusk has done. Also, a fake Knausgaard shows up halfway through, and it rules ... The three novels blend together, and not to their detriment. Their of-a-wholeness is why they are so often referred to as ‘a project’. And the pleasure of this project is a rare one: it is the pleasure of a person figuring out exactly what she ought to be doing ... What do we make of a writer who does not much care to be seen as moral, but who still writes in the voice of the law? She is judge and jury, we have fallen jarringly into a universe of her making, a friendly concession once in a while would help, but no. She never softens her judgments for our sake.
Read Full Review >>
Rave Lorrie Moore,
New York Review of Books
As in a negative-space drawing, the trilogy’s narrator—a writer named Faye (otherworldly as in fey; defiant as in fie)—is a silhouette, rapt and wrapped, her form determined by the purposeful chat of others, which hovers, adheres, and sculpts. She is the prompt and master of ceremonies for other narrators ... That Cusk has constructed her novels in this radical manner seems both perverse and inventive and has caught the attention of many other writers. Despite comparisons, her work is not the autofiction of Karl Ove Knausgaard and Sheila Heti, whose own voices and personalities cram their pages; nor is it the meditative flâneurie of W.G. Sebald or Teju Cole; it is something more peculiar and thrilling and Cusk’s own ... The concentrated, flinty nature of Cusk’s mind (a fellow admirer and I often refer to her, in pseudo-jazz-intimacy, simply as 'Rachel,' though we have never met her and haven’t the flimsiest intention of trying to do so) ensures that authorial intelligence is burned into the syntax of every line ... What runs through her trilogy is a coolly abstracted consciousness organizing all the stories ... It is like reading the best kind of philosophy—steely, searching, brisk.
Read Full Review >>
Rave Katy Waldman,
The New Yorker
With the Faye triad, Cusk has created if not an obliterated narrator then the entrancing illusion of one. Yet Kudos bristles with pitiless—one might say 'negative'—description that invites the question of whether cruelty and honesty are the same thing ... Cusk, who with her Faye novels has achieved something both radical and beautiful, is pursuing the impossible. As she knows, there is no such thing as a fully negative novel: one that is entirely passive, impartial, and devoid of authorial imagination. Far from abrogating her powers as narrator, Faye takes possession of other people’s stories ... Cusk has not written a negative novel so much as she has written a novel about her failure to write a negative novel. In the end, though, one suspects that Cusk’s desire for creative authority is too understandably fierce for her to ever really sign on to negative literature, even if she could. Which makes Kudos—the title translates to 'honor, glory, status'—a book about failure that is not, in itself, a failure. In fact, it is a breathtaking success.
Read Full Review >>
See All Reviews >>
SIMILAR BOOKS
Coming Soon