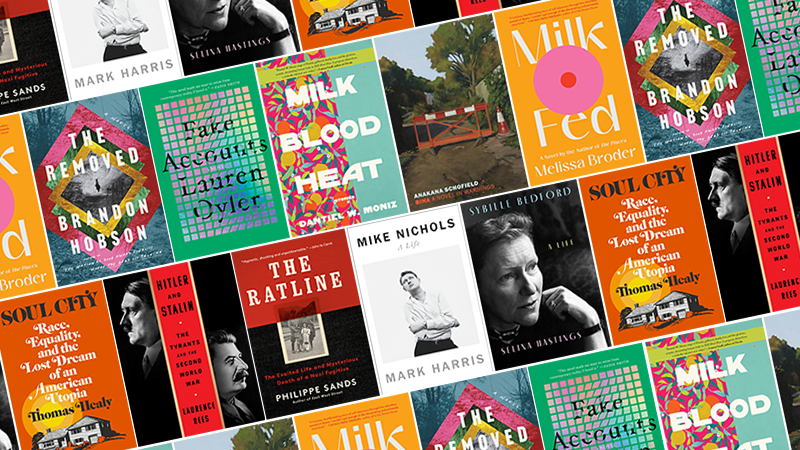 “Dantiel Moniz’s sparkling debut story collection, Milk Blood Heat, is vibrant and alive, full of energy and desire and with a sharp focus on the body … Moniz creates an honest, unflinching look at her characters’ innermost thoughts and desires … Moniz’s ebbing and flowing prose makes the sentences feel as alive as the stories themselves. It is fitting that the title of the collection is a series of words, rather than an image or a phrase. Moniz uses language to describe the often indescribable: the way that bodies feel, the way that thoughts rise and fall … while each story in Milk Blood Heat stands beautifully on its own, the themes and tropes echoed throughout allow this collection to become a whole greater than its parts … In this collection, we get to see the whole, the mind and body fitting together, in striking stories brimming with life.”

“Readers who might be expecting the geriatric whimsy of The 100-Year-Old Man Who Climbed Out the Window and Disappeared, or the slick gerontological procedurals of Elizabeth Is Missing or The Thursday Murder Club, will be in for a rude awakening. This is a novel of tangles and absences, aggressively resistant to sentimentality. To follow its wrenched syntax is to experience the frustrating dogleg lanes of consciousness, the distortions and failures of memory and self-narration … this is not to be an encounter with an elderly character whose life is designed to help us extract lessons from it — that inverted child protagonist here to defamiliarize the everyday stuff and remind us all what really matters … Whether you view the work you are asked to do here as a reader as a pleasure or a chore comes down to the sort of reader you are. I started off feeling as if I were going through a second round of lockdown, before the novel clicked and I found myself in tune with Bina, reading around and back and through her, coming to know her through that process and valuing her all the more because of it. Bina is a bitterly funny novel but one that carries moral weight. Ultimately much of its energy comes from the simple subversive act: making a woman’s life matter, making her voice be heard.”

“Broder can make even a cranky secular-Jewish queer reader like me, who typically chafes at magical realism and wet-blankets flights of fancy, eagerly suspend disbelief. Broder has a rare ability to ground her fantasy in reality without undermining her her imaginative vision, making it feel personal and raw and relatable. In another writer’s hands, the two women and their relationship might have presented as little more than a literary device to lead us to Rachel’s awakening, and that certainly could have been effective. But Broder’s goes deeper than allegory—with humanity, sardonic wit, and erotic scenes so potent that the heat of my blushing face made my NYC-apartment radiator’s seem tepid, Milk-Fed vividly evokes the lives of each woman, so that we’re fully invested in them, whether or not they seem recognizable to us. It adds to the profound pleasure of following what could have been a too-familiar trajectory of a lost soul seeking meaning and finding love—because, as she initially grudgingly allows herself to capitulate to her appetites, she isn’t just learning how to love others, in her own way and on her own terms, but to love herself.”

4. The Removed by Brandon Hobson
(Ecco)

“… what sets this novel apart, what stamps it as extraordinary, is the way it interweaves the grimly familiar with elements of fantasy, thereby illuminating both present and past … Hobson’s style is colloquial throughout; he works in American plainsong even when summoning voices from beyond. If Tsala seems to trace a hero’s journey, it’s because of his subject matter, not any grandiose rhetoric, and the same applies for Maria’s deepest bouts of melancholy … The whole comes together convincingly, the narratives attaining cosmic balance. Still, Hobson’s outstanding creations are the two women, their drama so rich you almost wonder why he bothered with the more bizarre business … when I call The Removed his finest accomplishment, I mean that it best harnesses his complete sensibility. Pulling out all the stops, he’s carved a striking new benchmark for fiction about Native Americans.”

“It’s a brilliant comic novel about the ways in which the internet muddles all of our interior rivers while at the same time polluting the seas of the outer world, and about how these processes might be one and the same thing … the descriptive prose is casually great … a fascinating work of cultural analysis. Every sentence tells … a prismatically intelligent work of art.”

1. The Ratline: The Exalted Life and Mysterious Death of a Nazi Fugitive by Philippe Sands
(Knopf)

“.. damning and meticulously researched … There is, in Horst, a fascinating psychology to explore: what has prompted this man, who claims to acknowledge the atrocities of Nazism, to spend his life denying his father’s involvement? But Sands is a lawyer, not a novelist, and his book is a carefully researched prosecution, not an exploration of motive … Sands has once again written a riveting and insightful historical page-turner that proves to be part History Channel, part W. G. Sebald.”

“It’s difficult, of course, to write a book that seeks to know someone who seemed incapable of being known, but Harris does so perfectly; Mike Nichols is a masterful biography, and essential reading for anyone interested in theater or film … Nichols, with his quicksilver mood and wide-ranging career, is a challenging subject for a biographer, but Harris does a beautiful job painting a portrait of a man who was as brilliant as he was enigmatic … Harris also packs the book with his own intelligent analyses of Nichols’ work … Anyone with an abiding love for film or theater will be fascinated by Mike Nichols, but even those with only a passing familiarity with his work are likely to find themselves taken in by this engrossing biography. Harris’ book is a masterwork, endlessly engaging, and one of the best biographies of an American artist to be published in recent years.”

“Nancy Mitford, fills in many of the blanks that Bedford, basically a reticent person, left even when writing obliquely of herself and a wide circle that included Martha Gellhorn and Thomas Mann. Gracefully written, largely sympathetic and very gossipy, Sybille Bedford: A Life takes as its point of departure Bedford’s quip to an interviewer: ‘I wish I’d written more books and spent less time being in love. It’s very difficult doing both at the same time.’ … More a reporter than an interpreter, Ms. Hastings avoids assigning motives, though she rightly acknowledges Bedford’s remarkable gift for friendship.”

4. Soul City: Race, Equality, and the Lost Dream of an American Utopia by Thomas Healy
(Metropolitan)

“Throughout this deft historical narrative, the author provides useful context and perspective about the civil rights movement and the lives of the key players in the venture … the author succeeds admirably … An engrossing and often heartbreaking look at a singular attempt to achieve some measure of racial equality in the U.S.” 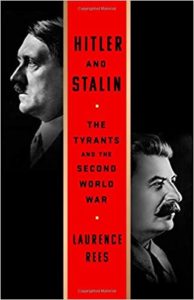 5. Hitler and Stalin: The Tyrants and the Second World War by Laurence Rees
(Public Affairs)

“Although Hitler and Stalin uses all the significant sources one would expect in a scholarly work, time and again it is the brand new personal testimony that has never appeared before in print that rivets the reader … Of course, Rees is far too experienced an historian to take all of this at face value … As this book brilliantly shows, Adolf Hitler and Joseph Stalin were blood brothers.”