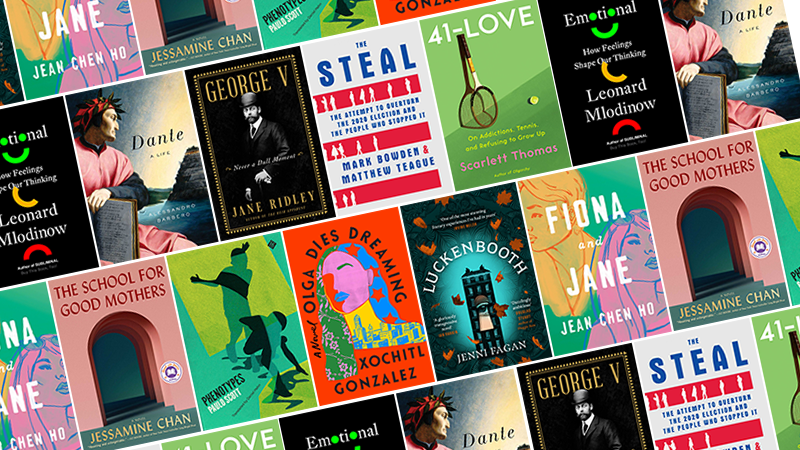 “… a cabinet of curiosities that is both a love letter to the Scottish capital, and a knife to its throat … Fagan…has a ferocious empathy for her ootlins [outsider characters] and their struggles in a society that rejects and oppresses them … Occasionally, her characters feel slightly too modern in their thinking, too prescient of the world to come … like all the characters, Burroughs is so richly drawn, so enjoyable to be with, that you can forgive the authorial slips. Certainly, it’s not ahistorical to believe that society’s outcasts had a keen understanding of how they’ve had to make their own ways of being, find their own ways to be seen … the author…shifts between these voices with fevered joy, taking us through a host of characters who are all extravagant, wild and wounded at heart … Filled with blistering social critique, Luckenbooth is an ambitious and ravishing novel that will haunt me long after. Stories can be like a house, somewhere you can inhabit for a while. The best kind leave behind a room inside you.”

Read an excerpt from Fiona and Jane here

“… even to those not from Los Angeles, Ho’s debut collection feels like a shared experience, carefully read back to you … While Ho, born in Taiwan and raised in California, circles sexuality, money and religion with grace, the most moving parts of the book are about the two women’s respective family roots … Certain descriptions feel overdone and stilted … But regardless, over the course of the book Fiona and Jane become real and electric and precious people. The stories move through intimate, cinematic scenes … The world Ho creates between the two women feels like one friend reading the other’s story, wishing she were there … it is through compassion that the characters belong like this to each other, and to the reader, too.”

3. The School for Good Mothers by Jessamine Chan
(Simon & Schuster)

“Enthralling … Woven seamlessly throughout are societal assumptions and stereotypes about mothers, especially mothers of color, and their consequences. Chan’s imaginative flourishes render the mothers’ vulnerability to social pressures and governmental whims nightmarish and palpable. It’s a powerful story, made more so by its empathetic and complicated heroine.”

4. Phenotypes by Paulo Scott, tr. by Daniel Hahn
(And Other Stories Press)

“[A] rather brisk novel that punctures the country’s fantasy of being a post-racial state and leaves readers scrambling for a sense of closure that it cannot possibly provide … This longue durée of anti-Blackness plays out with a chaotic energy reflected both in the novel’s form and in the structure of its sentences. The propulsive style of Scott’s novel Nowhere People returns; in Daniel Hahn’s translation, sentences collapse into one another via comma splices, as if there were little time for full stops … Phenotypes underscores how difficult antiracist projects can be at any scale … As these matters mesh with socioeconomic inequality, police brutality, interpersonal violence and state surveillance, Scott’s characters quickly abandon the possibility of a comprehensive solution in favor of stopgap measures that may or may not work. Such are the inadequacies, the novel asserts, of treating entrenched and systemic issues as if they are only skin-deep.”

Listen to an interview with Xochitl Gonzalez here

“In short: Don’t underestimate this new novelist. She’s jump-starting the year with a smart romantic comedy that lures us in with laughter and keeps us hooked with a fantastically engaging story … Presumably, Gonzalez is pulling at least some of these funny shenanigans from her own experience: She once worked as a wedding planner herself. But it’s the tremendous verve of her prose that makes these pages crackle … Gonzalez develops a rich parallel story about Olga’s brother, Prieto … If this is a novel about toxic family secrets, it’s also a novel about clandestine national schemes. Aside from a collection of winning characters and an ingenious plot, what’s most impressive about Olga Dies Dreaming is the way Gonzalez stretches the seams of the rom-com genre to accommodate her complex analysis of racial politics … with remarkable dexterity, Olga Dies Dreamingtransitions temporarily into a political thriller about the way Washington and powerful business interests conspire to profit from the island’s suffering … Rarely does a novel, particularly a debut novel, contend so powerfully and so delightfully with such a vast web of personal, cultural, political and even international imperatives.”

“George V is a peculiarly interesting subject for study. There were a number of major constitutional questions during his reign which required the Crown to take action. These were mostly the consequence of immense upheavals in society … Both George and Mary have inspired great biographies in the past, including James Pope-Hennessy’s life of the queen. Ridley has written a magnificent new life—wonderfully funny, from its winning subtitle onwards, and full of human sympathy and understanding … I wish conventions and proprieties had permitted her to interview perhaps the only living person with intimate recollections of George, HM the Queen. But failing that, she has produced an evocative and touching portrait of a surprisingly impressive man.”

2. The Steal: The Attempt to Overturn the 2020 Election and the People Who Stopped It by Mark Bowden & Matthew Teague
(Atlantic Monthly Press)

Read an excerpt from The Steal here

“… terrific … That real insurrection is the subject of this timely and important volume. The authors have used a stethoscope to examine the minutia of the American election process. The result is a thrilling and suspenseful celebration of the survival of democracy … Their book performs a vital service, demonstrating just how well our tattered democracy managed to function despite vicious partisanship and all the new challenges created by the pandemic. For the first time, I understood how brilliantly new machines used to count the votes performed, the intricacies of opening outer and inner envelopes, capturing the images of both then preserving the vital paper ballots inside, making it possible to confirm electronic results with a hand count in case of any failure in technology … Bowden and Teague have performed a singular service by revealing the details that disprove Republicans’ unceasing inventions about voter fraud … If democracy does prevail, it will survive because of the ability of authors like Teague and Bowden to make the truth even more compelling than Fox News fictions.”

Read an excerpt from 41-Love here

“Intensity marks Thomas’s beautiful memoir, which is a meticulously detailed, often darkly funny account of her hot pursuit of a dream deferred … The wins and losses…add up to a smart, clever and very suspenseful point-by-point re-enactment. Readers—especially the competitively inclined—will root for Thomas to go the distance and emerge a victor both on and off the court … Thomas’s body of writing consistently features sharp, likable and captivating heroines who often riff incisively on the perils and glories of contemporary living and modernity with sarcastic wit and self-deprecation. With Thomas serving as narrator for the multi-layered, no-holds-barred odyssey of her ascent into middle age, she emerges as a top seed and the very best of them all.”

4. Emotional: How Feelings Shape Our Thinking by Leonard Mlodinow
(Pantheon)

“He makes a convincing case that, instead of detracting from intelligence, such responses allow for better decision-making and more effective communication. He offers plenty of colorful examples … Mlodinow successfully shows how emotions can be assessed, regulated, and controlled, and powerfully concludes that understanding them is a lifelong project that’s ‘not just a science but an art.’ This is a must-read for fans of Daniel Kahneman.” 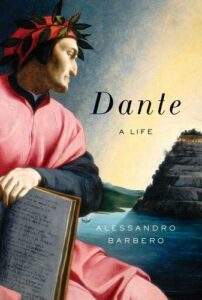 “It is difficult to imagine anyone seriously interested in Dante who will not want to own this book, because it weighs all the sources, checking Boccaccio and other early writers against the archives and the documents. It traces who Dante’s family were … Barbero is a solid, reliable guide to the complex story of internecine Tuscan rivalries … A general reader who starts to wonder about the difference between the White Guelphs and the Black Guelphs, and the mafia-style warfare in Florence between the separate factions, will definitely need some help, and this is patiently, coolly and wisely given here … So frequent are the references to actual people and actual events in his life that we need an accurate historian to escort us through the maze of what is fact and what is fiction. Barbero’s book, then, will be essential reading for anyone wanting to know the bare bones of Dante’s earthly pilgrimage. On these biographical details, Barbero is your man … How reliable is Dante’s version of the actual historical circumstances in which he lived, the families and feuds of Florence, the rivalries of French kings, popes, and Holy Roman emperors? That is the moment when you reach for Barbero, and you will not find a better guide.”

–AN Wilson (The Times)