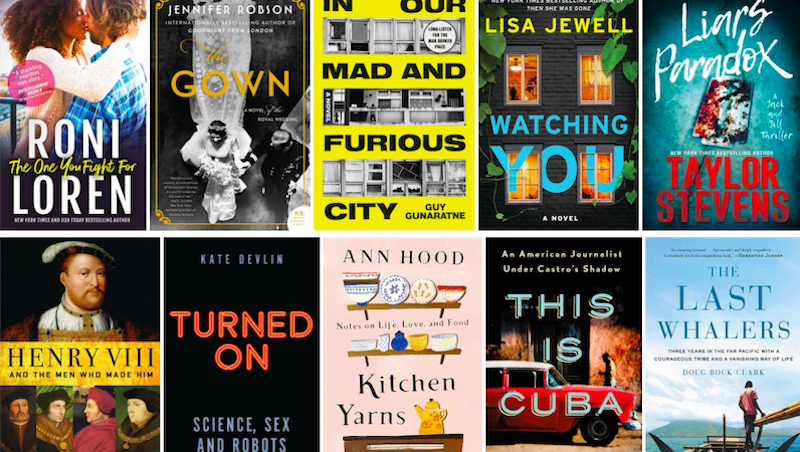 1. The One You Fight For by Roni Loren

“This third installment might just be Loren’s most heart-wrenching romance yet—it will undoubtedly bring you to tears … an addicting and tense read … It’s truly a feat to address the issue of gun violence with the delicacy, care and realism of Loren’s series, which somehow gets better with every new release. Loren does an outstanding job crafting romances that balance love, grief and a whole slew of other messy, complicated emotions. Tissues are a must for this book. At times, The One You Fight For can be painful, but the beauty of romance is that there will always be a happy ending, and its one that Taryn and Shaw definitely deserve … Full of complex relationships and friendships forged through trauma, this is an unforgettable addition to an equally unforgettable series.”

2. The Gown by Jennifer Robson

“Compelling and informative … Robson is skilled at creating drama; the braided narrative shifts among three protagonists … An Oxford-trained historian, Robson has a fine eye for detail … At its best, the novel is a gripping portrait of the aftermath of a war too often romanticized in American fiction and film; the privations of global conflict and its lingering weight—in bombed-out streets, in coupons for necessities—make vivid both the hardship and unequal distribution of suffering. The comfortable remain comfortable even in uncomfortable times … Robson succeeds in creating a riveting drama of female friendship, of lives fully lived despite unbearable loss, and of the steadfast effort required to bring forth beauty after surviving war.”

3. In Our Mad and Furious City by Guy Gunaratne

“It feels as though Gunaratne wanted to sweep his readers up in a ‘mad and furious’ rush of drama, when in fact his strengths are in the quieter details—of personal stories, nuanced characterizations and especially in his multivocal breadth of register. And it’s for those details that this book should be read. Gunaratne has a gift for inhabiting the lives of his characters, and has used that gift here to give voice to Londoners who are not often seen in contemporary fiction, and who will recognize themselves in this very fine novel—wearing the same trainers, speaking the same road slang, rolling out of the same school gates.”

4. Watching You by Lisa Jewell

“Another stellar domestic drama … [Jewell] has created a cast of well-defined characters whose lives are already intertwined at the start, even though they don’t know it yet … Expert misdirection keeps the reader guessing, and the rug-pulled-out-from-beneath-your-feet conclusion—coupled with one final, bone-chilling revelation—is stunning. Best not to bet on anyone. A compulsive read guaranteed to please fans of A. J. Finn and Ruth Ware.” 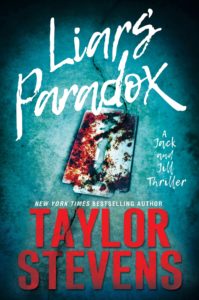 “Filled with explosive action, suspense, and powerful human drama … I was hooked from page one … fun, violent, fast-paced, and original. The comment, ‘I couldn’t put the book down,’ is somewhat trite because everyone says that about a good thriller. Except, I literally could not put the book down until I read every page … You feel immersed in the story because of deep POV while also feeling like you’re watching an intense high-action movie, right up there with the Bourne Identity or the best Mission Impossible. While most action thrillers have men driving the story, we have a family—mother, son, daughter—and it works amazingly well. So well that I can’t wait for the sequel.”

1. Henry VIII: And the Men Who Made Him by Tracy Borman

“Fascinating … Here, Borman’s deep background knowledge serves her—and the reader—well. The pages and years fly by, and one has the feeling of stepping into an engaging historical lecture by a master of the subject … For readers curious about royal history or fascinated by the styles of leaders in our own time, Henry VIII: And the Men Who Made Him makes for a compelling read. And it will hopefully tide committed Tudor fans over until Mantel’s The Mirror and the Light, the final book in her trilogy about Cromwell, comes out—whenever that may be.”

2. Turned On: Science, Sex and Robots by Kate Devlin

“Curiously fascinating … [Devlin] presents her material with intelligence, a clever wit, and a charming sense of humor. Her thoughts on traditional attitudes toward sex, emotional attachment, and misappropriation add clarity and perspective to a narrative that reads as more than a simple discourse on bridging robotic automation and artificial intelligence with adult novelty. Her visit to a sex doll factory provides a future-forward glance at the race to capitalize on this fascinating (and lucrative) niche market … An immensely absorbing and provocative book.”

“Certain episodes stand out as especially heartbreaking. As her father succumbs to cancer, Hood desperately tries to nourish him with ice cream and Ensure nutrition shakes … Hood has written painfully of the loss of [her young daughter] Grace … Written in a series of deliciously digestible essays, the wistful and wonderful Kitchen Yarns is a feast for the heart, mind and senses.”

4. This is Cuba by David Ariosto

“Ariosto also illustrates day-to-day life, vividly describing Cubans’ baseball obsession, the ‘steamy salvation’ of cafecito, and the local color … Ariosto is on a mission to discover authenticity, a relatively subjective idea, but he does not idealize Cuba, and he is refreshingly aware of his privilege as a white American man. With his firsthand experience, Ariosto brings modern Cuba to life, with all its complexities and eccentric charms.”

“This is no dry sociological/environmental treatise. Instead, it’s a gripping story of a community struggling for its very survival, and of the clash between ancient and modern worlds. Clark has a graceful, almost poetic writing style, and his vivid portrait of the Lamalerans and their way of life evokes in the reader a stirring image of a lost world, an ancient society that has somehow stayed virtually untouched by the march of time . . . until now.”