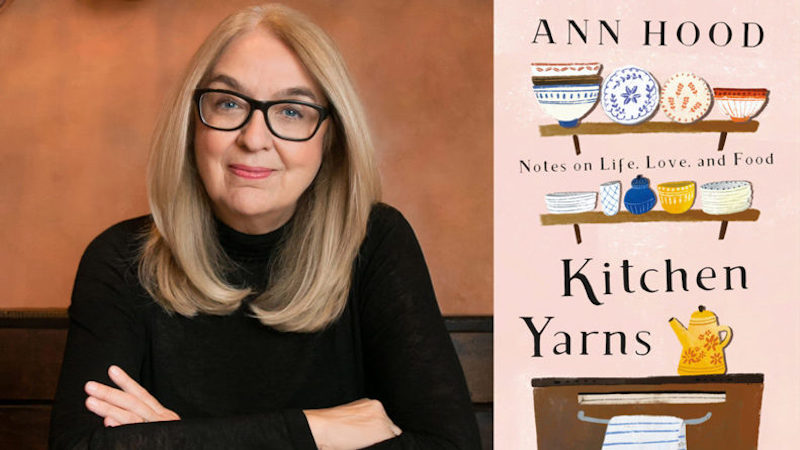 The author of Kitchen Yarns shares five books in her life. 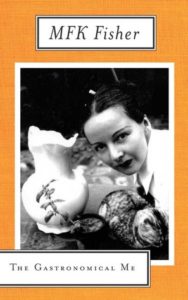 The Gastronomical Me by MFK Fisher

My favorite of all of her books, though I do savor them all, because it explores not just food but the passion and lust for it, travel, and men. Her essay about her first taste of an oyster as an adolescent at an all girls boarding school is one of the sexiest things I’ve ever read.

Jane Ciabattari: Yes, her first oyster! Do you have a favorite scenes in which she describes her first experiences of French cuisine?

Ann Hood: I love the scenes of her as a newlywed in Burgundy, experiencing French food. Even when she describes cooking cauliflower it’s earthy and exciting. But my favorite line is: “We ate terrines of pâté ten years old under their tight crusts of mildewed fat. We addled our palates with snipes hung so long they fell from their hooks…” 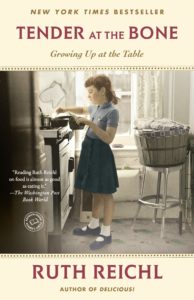 Tender at the Bone by Ruth Reichl

Funny and poignant in equal measure, this memoir takes us on Reichl’s own culinary journey and introduces us to unforgettable characters, like The Queen of Mold—Reichl’s food poisoner mother. Best of all though is Reichl’s message that food helps us make sense of the world.

JC: Reichl describes a variety of episodes from her apprenticeship, before she became restaurant critic for the New York Times. I especially enjoyed her descriptions of the dishes she ate while visiting a French classmate’s family, including this soup: “The initial taste was pure carrot, followed by cream, butter, a bit of nutmeg. Then I swallowed and my whole mouth and throat filled with the echo of a rich chicken stock.” How did her approach to writing food and life influence your work on Kitchen Yarns?

AH: I think all the female writers who wrote about food made an impact on me—Fisher and Reichl and of course Laurie Colwin. In fact, Colwin’s Home Cooking inspired the format of Kitchen Yarns, using a personal foodcentric essay followed by a recipe in roughly chronological order. My essay “Tomato Pie” is an homage to her. 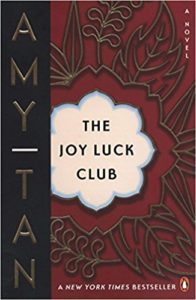 Yes, this is a story of the complicated relationships between mothers and daughters. But it is filled with food, too: Auntie An-Mei’s wontons and sweet barbecued pork; moon cakes and sticky rice in lotus leaves; a crab dinner at New Year’s; fresh fish in China and Chinatown. Food unites the past stories with the present story and all of the characters in both.

JC: I read The Joy Luck Club several years before I made my first visit to Hong Kong and Shanghai, which happened to be just in time for moon cakes. I’ve never forgotten my first taste of a moon cake, having built anticipation from the rabbit moon cake Tan’s narrator describes being shared by half-sisters, with the ears only dough, the sweet filling and egg yolk inside, and the narrator rolling her tongue over her lips “to lick off the sticky bean paste.” Which of the menus served at Joy Luck club meetings stays with you?

AH: I love Chinese food, and Tan does what you describe throughout the book. She makes you so hungry! The scene that stays with me, perhaps because it seems so familiar, is when June brings her non Chinese boyfriend Rich home for the first time and her mother makes a big meal of red cooked eggplant, shredded pork, expensive sautéed new greens. Yes, my mouth waters even thinking about that food, but Rich does everything wrong: to June’s mother’s horror he takes too many helpings and douses everything in soy sauce. I’ve lived through similar scenes in my Italian American family. I still remember the look on my mother’s face when one boyfriend put mustard on the sausage. 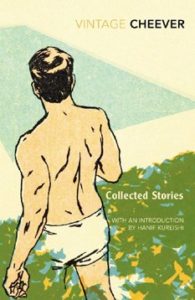 “The Swimmer” by John Cheever

A bit of a cheat here because this is a story, not a novel. However if you read The Stories of John Cheever you will find a lot of food, most of it overpowered by gin and whiskey. No one captures suburban life like Cheever, much of it spent in cocktail parties. As he describes in “The Swimmer”: “Prosperous men and women gathered by the sapphire waters while caterers’ men in white coats passed them cold gin.”

JC: Good point. Characters are always complaining of hangovers, or offering a drink, or holding a glass of gin, or needing a whiskey. Ned’s swim across the county and back is distorted by drinking, but also by Cheever’s own particular brand of magical realism. How does Cheever do it? Create that combination of realism and fantasy?

AH: I wish I knew! I’m such a fan of his for this very reason. He writes such realistic fiction that is grounded in perfect, recognizable details and then writes an ending like the one in “A Country Husband” and it works. In fact, it blows the reader away: “Then it is dark; it is a night where kings in golden suits ride elephants over the mountains.” 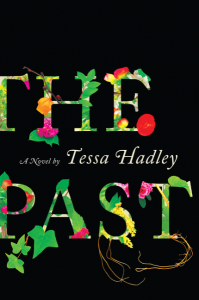 The Past by Tessa Hadley

A family meets for a final summer holiday at their English country house. As past betrayals and tensions emerge, the family eats: pasta in tomato sauce with olive and capers for one supper, leftover wine and salted nuts for a makeshift lunch, slow roasted meat at a neighbor’s, battered shrimp and strong drinks at the local pub. Over lunches and dinners and cups of coffee decisions are made and old hurts and secrets revealed—just like in life.

JC: Indeed, as Hadley writes, “They never seemed to stop eating, Harriet thought—although Alice didn’t eat much, she just picked at it, watching her weight. Roland at the head of the table was talking, his fork laden with avocado and then forgotten…” But food and eating have a different function for Hadley than the other authors you mention. She doesn’t offer us sensual descriptions of the experience of eating. Why do you think that is? What is the function of food and eating in The Past?

AH: What I like in The Past is how almost quotidian the food is. It’s just a part of this family’s life, which of course is true for us all. I of course love the decadent, sensual  prose of Fisher and Reichl, but Hadley captures what it’s like to be in a country house with your family—the secrets and high emotions, the meals shared or eaten alone—the food is part of the tapestry of their life.