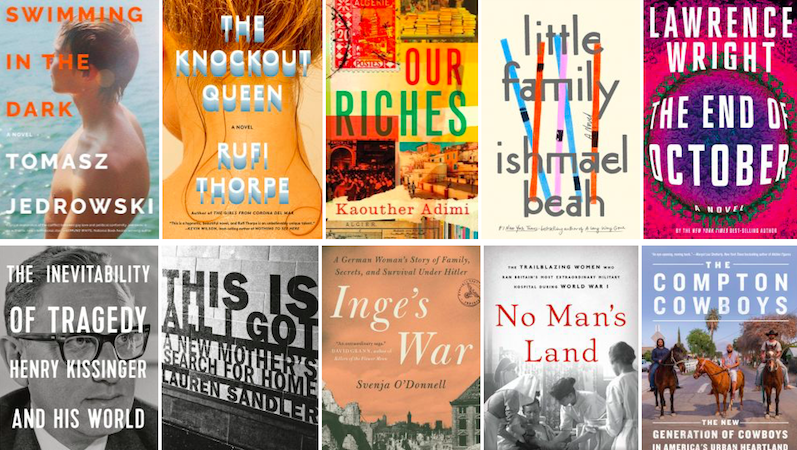 Featuring Lawrence Wright's pandemic novel, a biography of Henry Kissinger, a tale of cowboys in Compton, and more

Tomasz Jedrowski’s Swimming in the Dark, Lawrence Wright’s The End of October, Barry Gewen’s The Inevitability of Tragedy, and Ishmael Beah’s Little Family all feature among the Best Reviewed Books of the Week. 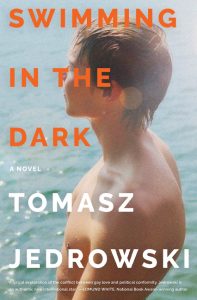 1. Swimming in the Dark by Tomasz Jedrowski

“This gay romance between two Polish boys living under Communist rule is as grand and gorgeously written, as passionate, as shot through with melancholy as anything by Edmund White or Alan Hollinghurst … Swimming in the Dark is bound to become a queer literary classic, and its rather sweeping political dimension breaks new ground in the genre.”

Read an excerpt from Swimming in the Dark here 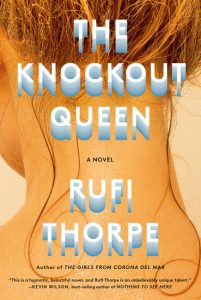 2. The Knockout Queen by Rufi Thorpe

“… full of verve and sketched in colors as vibrant as a Tilt-A-Whirl David Hockney landscape … Thorpe inverts the more common tale of an impoverished sufferer who is momentarily saved or mourned by a richer, more stable friend. The result is revelatory … Can a 30-something white female author really nail the intricacies of a 16-year-old queer teen?…This 30-something white female critic can’t decide, though I know charismatic, empathetic writing when I see it. What undoubtedly works here is Thorpe’s portrait of teenage ostracism … Thorpe writes convincingly about the intricacies of teenage hierarchy and the endless varieties of torture that the young can inflict on one other. She illustrates the performativity of status cleverly.”

Read Rufi Thorpe on the narrative role of the bystander here 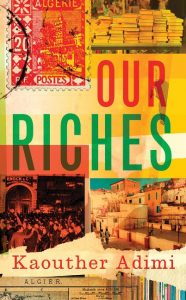 3. Our Riches by Kaouther Adimi

“…the truly potent effect of the book is that by taking on literary history from the underbelly of the French nation—from the colony just across the sea—Adimi confronts us with episodes that are simply never spoken of in France: the grand celebration of the end of World War II, in May 1945, which, in Algeria, turned into a massacre by the colonial administration; another massacre, this time in Paris, in 1961, of Algerian protesters, who were thrown into the Seine by French police officers … It is in unhappy nations, we are meant to understand, that history is a relentless companion.” 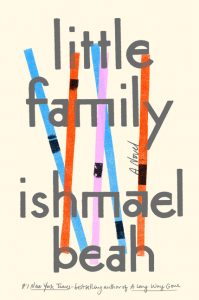 “… deeply affecting … the experiences of Beah’s characters are the experiences of the powerless everywhere … Much is silent and unspoken in this subtle novel about people we rarely hear from. Beah’s narration rests lightly across these lives, suggesting only the outlines of their ruined childhoods … What endows the novel with such stirring energy is the way Beah focuses on their remarkable skills. To work the streets as grifters, shoplifters and pickpockets, the five members of this family must be extraordinarily observant and disciplined … an empathy-expanding story without the heavy gears of polemical fiction. In a sense, Beah has written an African social novel that complements earlier novels by Dickens and Twain, but he conveys his unsettling assessment with a more delicate balance of tenderness and dread. Elimane, Khoudi and the other members of their little family have such a clear-eyed sense of their place as disposable members of society. To hear their story should make our confirmed blindness a little harder to maintain.” 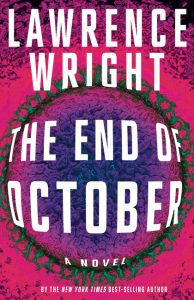 5. The End of October by Lawrence Wright

“The sweeping, authoritative and genuinely intelligent thriller—the sort of novel in which the author employs a bulldozer and a scalpel at the same time—is a rare specimen. Lawrence Wright’s second novel, The End of October, is one of these. The fact that it’s about the world in shock and ruin because of a virus similar to Covid-19 makes it read as if it’s been shot out of a cannon …  While we long for that frabjous day when we can put Covid-19 behind us and once again grip the communal pen at the coffee shop counter, Wright’s novel is here as a real if solemn entertainment, a stay against boredom and a kind of offered prayer for the best in us to rise to the surface.” 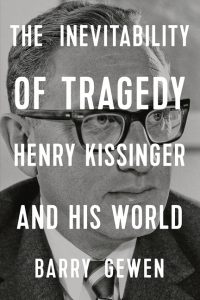 1. The Inevitability of Tragedy: Henry Kissinger and His World by Barry Gewen

“…[a] meticulously researched, consistently stimulating and deeply insightful intellectual biography … Through detailed analyses of Kissinger’s policy decisions on Vietnam and Chile, the influence of his personal life on his professional worldview, and the views of other Jewish European refugee intellectuals, Gewen offers a better understanding of Kissinger’s ability to challenge people to rethink their assumptions … This beautifully written and engaging gem is an exciting, exhilarating must-read for anyone interested in international relations, American foreign policy or the ideas of Kissinger, whether you agree with him or not.” 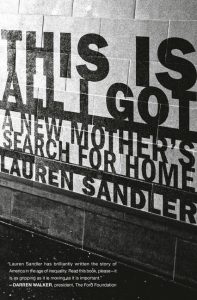 =2. This is All I Got: A New Mother’s Search for Home by Lauren Sandler

“.. [an] engaging and moving new book … Sandler deftly includes context, history and clearheaded explanations of the public welfare system and its dysfunctions in her detailed account of Camila’s life … The ‘system,’ ostensibly there to help Camila, who became a ward of the state at age 15, almost becomes a character in the book … Ultimately, the story of her first year of motherhood is heartbreaking, inspiring and infuriating, all at once.” 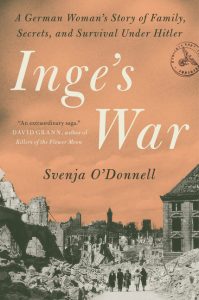 =2. Inge’s War: A German Woman’s Story of Family, Secrets, and Survival Under Hitler by Svenja O’Donnell

“…meticulous reporting and sensitive, compelling storytelling … the gripping story of anyone navigating life in a war zone … The structure of Inge’s War works brilliantly, moving back and forth between Inge’s life in the 1940s and O’Donnell’s contemporary action … O’Donnell has told a riveting and important story, one that focuses so tightly on Inge and her family in its level of detail—physical, temporal and emotional—that it becomes universal. The reader can see these places, feel what these people felt, understand their trauma and pain. Living in wartime becomes palpably real … By the time Inge reveals her dark secret to her granddaughter, the reader has slowly, breathlessly figured it out. It is just one more shattering detail in a life forever damaged by war.” 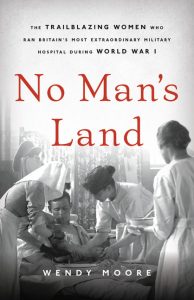 4. No Man’s Land: The Trailblazing Women Who Ran Britain’s Most Extraordinary Military Hospital During World War I by Wendy Moore

“Moore has an eye for a telling detail and a nose for a good character … Meticulously researched, written with élan and wit, Moore’s account comes at just the right time … No Man’s Land reminds us that people can rise to an occasion, that the biggest advances—for medicine, for humanity—can come during the toughest times, as a result of the toughest times. It reminds us that great courage and great ingenuity are possible even when the world feels very dark.” 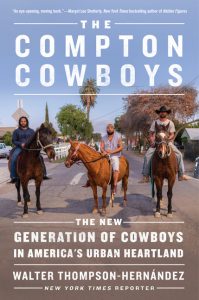 5. The Compton Cowboys: The New Generation of Cowboys in America’s Urban Heartland by Walter Thompson-Hernández

“… ambitious … the raw quality of a hand-held documentary … structured as a loose collage of portraits rather than a taut, linear narrative … This desire to control one’s story and one’s destiny is at the heart of the story and Thompson-Hernández’s storytelling. With the eye of a photographer, he captures the minute ways a community cedes power to another. Zooming in on granular detail, he fleshes out a neighborhood in all its colors, scents and conversational rhythms … this is a rare, un-sensationalized portrait of a community fighting to reclaim its turf … In the end, the author doesn’t deliver certainty but rather something more fundamental. Back in the ‘80s and ‘90s, the official news of South L.A. was often controlled by reporters who parachuted in to grab sensationalistic segments before moving on. This book is the antithesis: In words and photographs, Thompson-Hernández reveals a three-dimensionality of people and place that can result only from time, trust and compassion.”