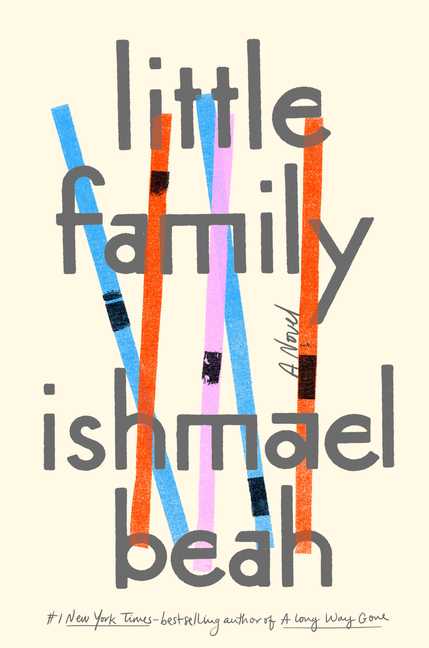 Hidden away from Zimbabwe's harsh outside world, five young people have improvised a home in an abandoned airplane, a relic of their country's tumultuous past. But when when one comes under the spell of the 'beautiful people'—the fortunate sons and daughters of the elite—the desire to resume an interrupted coming of age and follow her own destiny proves impossible to resist.

What The Reviewers Say
Rave Ron Charles,
The Washington Post
... deeply affecting ... the experiences of Beah’s characters are the experiences of the powerless everywhere ... Much is silent and unspoken in this subtle novel about people we rarely hear from. Beah’s narration rests lightly across these lives, suggesting only the outlines of their ruined childhoods ... Tender as this is, Beah has no interest in romanticizing their little family. He means only to insist on their humanity, which the upper classes so aggressively deny. The novel conveys the precariousness of their position with shocking clarity ... What endows the novel with such stirring energy is the way Beah focuses on their remarkable skills. To work the streets as grifters, shoplifters and pickpockets, the five members of this family must be extraordinarily observant and disciplined ... an empathy-expanding story without the heavy gears of polemical fiction. In a sense, Beah has written an African social novel that complements earlier novels by Dickens and Twain, but he conveys his unsettling assessment with a more delicate balance of tenderness and dread. Elimane, Khoudi and the other members of their little family have such a clear-eyed sense of their place as disposable members of society. To hear their story should make our confirmed blindness a little harder to maintain.
Read Full Review >>
Rave Cade Johnson,
ZYZZYVA
Beah’s understated storytelling gives the family’s camaraderie and mutual understanding the subtle warmth of ever-glowing embers ... Beah writes elegantly about the unnamed country in his novel, capturing the stoicism of the natural world even as humans try to survive ... a tender story about a group of young people whose circumstances demand toughness. It’s a touching portrait of those whose lives are seemingly erased by the political and social order but are unfalteringly bright-eyed, sympathetic, and gutsy[.]
Read Full Review >>
Mixed Chigozie Obioma,
The New York Times Book Review
A keen-eyed writer, Beah employs expansive language to describe [the characters'] conditions with an ecstatic flair ... Unlike many novels featuring large casts, Beah’s does not apportion its main characters into different chapters, instead interweaving their stories together in one, unified narrative. It’s a wise choice, in keeping with the overall tone of a story about adolescents held together by a cultivated consanguinity. Yet even Beah’s fluid prose cannot save the first hundred pages from feeling oversaturated with information and names, which he gives to even the most insignificant characters ... That tension is strong and well realized, if aided here and there by dei ex machina, too-convenient plot points that constantly bail Khoudi out of difficult situations while testing the limits of the reader’s suspension of disbelief ... Soon, however, her character becomes exaggerated beyond believability. If the men around her are evil, disrespectful caricatures, then she’s portrayed as so strong and able she borders on villainy...Even so, this hyperbole does not completely diminish Khoudi’s character, which is complex and deftly rendered. It’s in the closing chapters, where the novel zeros in on Khoudi’s search for a sense of self and the freedom to leave the margins for the mainstream, that the story comes alive. This strong, moving ending is a testament to Beah’s confidence as a writer and a remarkable storyteller.
Read Full Review >>
See All Reviews >>
SIMILAR BOOKS
Coming Soon

What Could Be Saved
Liese O'Halloran Schwarz
Positive
What did you think of Little Family?
© LitHub | Privacy