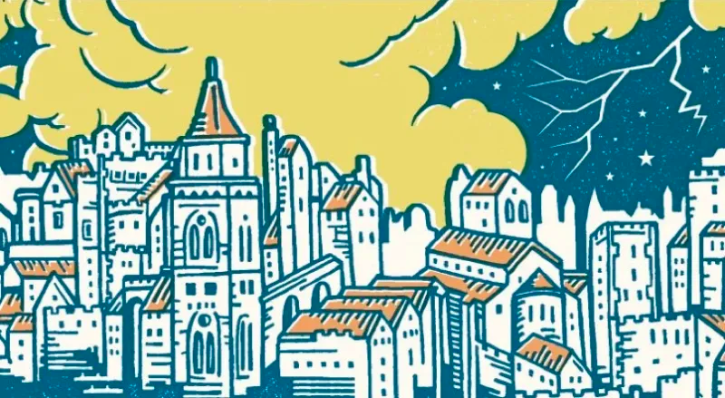 Sci-Fi and Fantasy Books to Read in April

Welcome to April! The snows have finally melted, giving way to a blooming crop of SFF books just waiting to be harvested and, um, gathered into bouquets?…I may have lost track of my metaphor.

No matter! The below may be my most diverse set of recommendations yet, as April brings us a startling range of genres and styles. You’d rather travel to Milan in a magical (and super queer) riff on Shakespeare’s The Tempest, or perhaps head out into space for a suspenseful interstellar caving expedition. And, if none of those sound fun, there’s always a post-apocalyptic Southwestern monster fight! 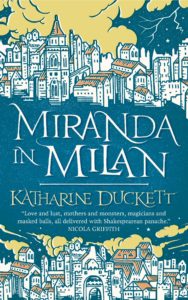 Once again, gentles, I am beginning this list with a book that didn’t fit into last month’s recommendations. Do you like Shakespeare, but wish he was even more queer? Do you like mysterious romances, or romantic mysteries? Do you like adaptations of the Bard that avoid cheese and revel in their own sentence-level beauty? If any of this sounds like you, you’ll want to check out Katharine Duckett’s Miranda in Milan. The debut novella follows Miranda as the future promised at the end of The Tempest warps, and she ends up in her father’s gloomy Milanese castle, dealing with servants who actively hate her and spooky whispers on every breath of wind. It’s clear that her father didn’t give up magic as he promised, but in order to learn the truth of his life, and her own, Miranda will need to rely on her only friend, the loyal Dorothea. 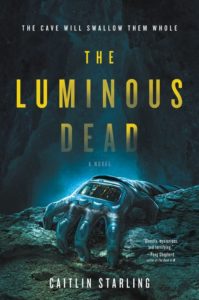 If high tech parallel universes aren’t your speed, how about claustrophobic horror? Gyre Price is a caver by trade, meaning she descends into dark spaces and analyzes mineral deposits. She is, for the most part, comfortable with this, and she thought she knew what to expect when she fabricated a few details in order to join a new team heading to a new planet. (It was a little risky, but if she wanted to continue her search for her missing mother, she needed the paycheck.) But now that she’s on her descent, she’s trapped alone with her sole above ground contact, Em. Em knows that Gyre lied. Em is more than willing to send drugs coursing through Gyre’s body to disorient her, to withhold information, to change plans, to make threats…seemingly all in an effort to keep Gyre off balance, terrified, and lost in the dark.

And Gyre hates to admit it, but it’s working. 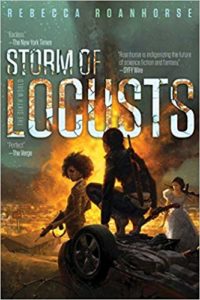 The Hugo and Nebula Award-winning author Rebecca Roanhorse returns with a sequel to her debut novel, Trail of Lightning. That first book took readers to Dinétah, the former Navajo Reservation that is still holding on to its culture and community as the United States collapses into apocalypse. The people of Dinétah tasked monster hunter Maggie Hoskie with finding a missing child, and, like most monster hunters, she also found plenty of terrifying creatures to fight. Now in Storm of Locusts, Maggie learns that one of her only true friends has fallen in with a nefarious cult, and that getting him back might involve venturing into the horrors of the former United States. As she sets out on a mission to find her friend, a new complication arises: the cult leader may be none other than the White Locust, an immense power born straight from legend. 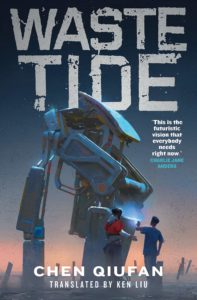 This ecological thriller is the latest in a wave of Chinese science fiction, and comes to the U.S. for the first time in a translation by author Ken Liu, who previously translated The Three-Body Problem. Chen Qiufan’s novel takes us to Silicon Isle, a spit of land dedicated to the storage of high-tech, electronic garbage. Mimi and her fellow waste workers barely keep themselves afloat by laboring on this poisoned island, but soon they’re caught in a war between those who profit from rampant consumerism, and the leaders of an eco-terrorist group who risk everything by starting a war. Will taking a side mean standing up for themselves as people, rather than as exhausted cogs in a grim machine? Or will it mean the death of their livelihood, and doom for their planet?