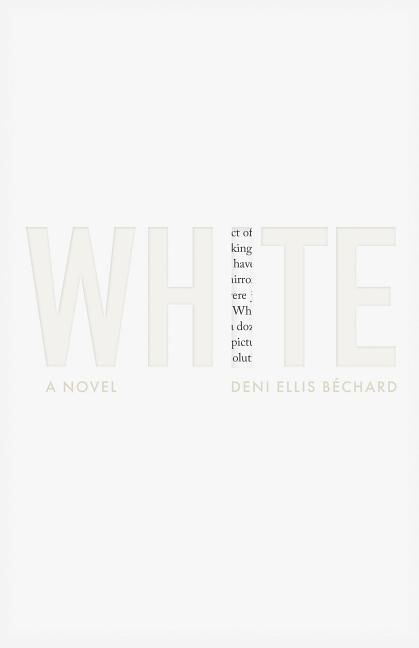 Lost in his own misunderstanding of privilege and the myth of whiteness, a journalist trails Richmond Hew—one of the most nefarious figures in the conservation world—to the Congo, where he uncovers a tapestry of corruption, racial tensions, and his own complicity in colonial-historical oppression.
Rave
Based on 3 reviews

What The Reviewers Say
Rave Jessie Horness,
Foreword Reviews
Deni Ellis Béchard’s White...feels like James Michener and Gabriel García Márquez joined forces to craft a meditation on race. White is somehow both breathless and introspective, a careening political thriller and a work of deep contemplation ... White enthralls and inspires wonder, its ambitious storytelling working through a captivating mix of political intrigue and something near magical realism. This artistry allows Béchard to move into somewhat dangerous territory: he is a white author writing about race and colonialism. While any of his interwoven story lines could easily move into clumsy metaphors, the book unfolds with thought-provoking nuance. In White, there is nothing clean cut about the way whiteness manifests in geopolitics ... a phenomenon Béchard illustrates through his self-referential protagonist with notable self-awareness. White is a rare work of fiction in which one can get lost in storytelling and grow as a thinker at the same time. Captivating, careening, thrilling, and magical, this is intelligent entertainment.
Read Full Review >>
Positive David Varno,
The Star Tribune
What would Joseph Conrad’s Heart of Darkness have looked like if the nebulous figure of Kurtz was revealed as a work of the main character Marlow’s imagination? What would that say about white men’s continued obsession with adventure in war-torn parts of the postcolonial world, and their desire to discover themselves in unknown spaces? Béchard’s fifth book blends fiction, literary and cultural criticism, parody and memoir to address those questions ... The anxiety of becoming a cliché is put in perspective when he [the narrator] discovers the cartoonish, overwrought writings of...a self-described 'writer-adventurer' named Alton Hooke ... The encounter with Hooke’s writing ... tests the reader at first, diverging from a compelling literary fantasia into a creaky dramatization of Béchard’s writing process. Gradually, however, the memoir-within-a-novel takes on momentum and clarifies why he makes Kurtzes out of almost everyone he meets. Just when the book threatens to disappoint, threatening the reader with portents of inconclusiveness and solipsism, its true purpose reveals itself, and it is as unsettling as it is thought-provoking.
Read Full Review >>
Rave Carl Hays,
Booklist
...unsettling ... Bechard’s richly nuanced prose and vividly drawn characters make captivating reading while offering provocative food for thought about humanitarianism, corruption, and racial tensions in Africa.
Read Full Review >>
See All Reviews >>
SIMILAR BOOKS
Coming Soon