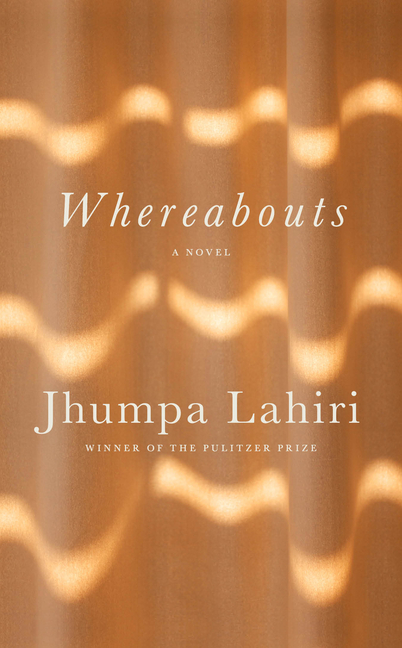 Lahiri's narrator, a woman questioning her place in the world, wavers between stasis and movement, between the need to belong and the refusal to form lasting ties. The city she calls home acts as a companion and interlocutor: traversing the streets around her house, and in parks, piazzas, museums, stores, and coffee bars, she feels less alone.

What The Reviewers Say
Rave Donna Seaman,
Booklist
[Lahiri wrote] this novel in Italian, then translate[d] it into English. The result of this process is language that seems to have been sieved through a fine mesh, each word a gleaming gemstone. Such expressive refinement perfectly embodies Lahiri’s unnamed, solitary narrator, a woman in her forties who teaches at a university and lives alone in an unnamed Italian city ... There is melancholy here, but these concentrated, exquisitely detailed, poignant, and rueful episodes also pulse with the narrator’s devotion to observation and her pushing through depression to live on her terms ... With a painterly interplay of light and shadows, Lahiri creates an incisive and captivating evocation of the nature and nexus of place and self.
Read Full Review >>
Rave Kirkus
A year in the inner life of a solitary woman in an unnamed European city ....Its spare, reflective prose and profound interiority recall the work of Rachel Cusk and Sigrid Nunez as much as Lahiri's earlier fiction, which generally focused on the Indian immigrant experience in the U.S. Lahiri now lives in Italy, wrote this book in Italian, and translated it herself ... Elegant, subtle, and sad.
Read Full Review >>
Rave Publishers Weekly
The latest from Pulitzer winner Lahiri is a meditative and aching snapshot of a life in suspension ... The tranquil surface of her life belies a deeper unrest: a frayed, distant relationship with her widowed mother, romantic longings projected onto unavailable friends, and constant second-guessing of the paths her life has taken. The novel is told in short vignettes introducing a new scene and characters whose relationships are fertile ground for Lahiri’s impressive powers of observation ... Throughout, Lahiri’s poetic flourishes and spare, conversational prose are on full display. This beautifully written portrait of a life in passage captures the hopes, frustrations, and longings of solitude and remembrance.
Read Full Review >>
See All Reviews >>
What did you think of Whereabouts?
© LitHub | Privacy