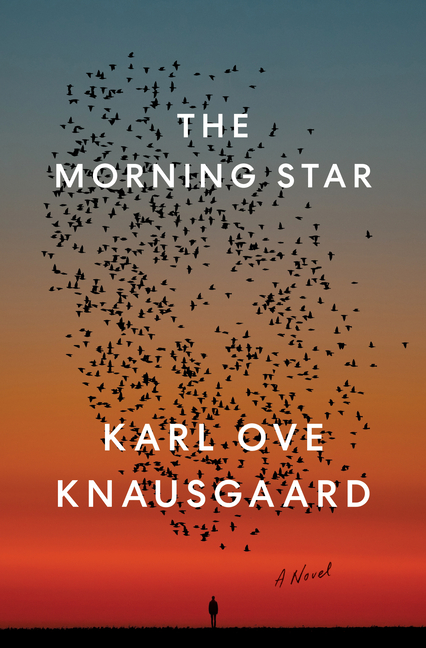 One long night in August, Arne and Tove are staying with their children in their summer house in southern Norway. Their friend Egil has his own place nearby. Kathrine, a priest, is flying home from a Bible seminar, questioning her marriage. Journalist Jostein is out drinking for the night, while his wife, Turid, a nurse at a psychiatric care unit, is on a night shift when one of her patients escapes. Above them all, a huge star suddenly appears blazing in the sky. It brings with it a mysterious sense of foreboding.

What The Reviewers Say
Rave Brandon Taylor,
The New Yorker
I read The Morning Star compulsively, and stayed awake all night after finishing it. I left the novel feeling as I often did after watching a great scary movie as a kid—totally convinced that whatever evil, implausible thing I had just witnessed on the screen awaited me in the next room. Not that this novel offers horror in the conventional sense. Under the mysterious sign in the sky, people go about the sort of stifled, frustrated lives that Knausgaard has made his domain: the creatively blocked, the spiritually starving, the terrifyingly sensitive, the queasily realistic failures ... a secular, superstitious novel in the spirit of Bolaño’s 2666 or The Savage Detectives. The discursive sprawl of the story is trussed up by the matrix of interpersonal connections, giving it form even as the characters rationalize away how spooked they feel by the events that unfold across the two strange days ... The Morning Star is attuned to the uncanny ... Death, like the astronomical object that haunts The Morning Star, hangs over you while shining its strange light. What you do is what all of us must do, which is learn to live with it.
Read Full Review >>
Positive Dwight Garner,
The New York Times
This is a strange, gothic, Bible-obsessed novel, laced with buzzard-black themes and intimations of horror ... Admirers of the six-book My Struggle series — I’m among them, with reservations about the final volume — will want to know: Does The Morning Star cast the same sort of spell those novels did? The answer, for a long time, is yes ... About the details of daily existence, he manages to be, without ladling on lyricism, twice as absorbent as most of the other leading brands ... The Morning Star becomes, in other words, a somewhat programmatic novel of ideas. Knausgaard chews on notions of faith, free will, the transmigration of souls, the nature of angels, on meaning and nothingness in Kierkegaard and Nietzsche and Rilke’s poetry ... Knausgaard is among the finest writers alive, yet there is something cramped about his work when he approaches ideas straight on, instead of obliquely ... Here the earnest wrestling is with how we think about mortality. At certain moments you sense he is in close contact with all the oldest and deepest wisdom; at other moments, the stream runs shallow.
Read Full Review >>
Mixed Patricia Lockwood,
London Review of Books (UK)
This latest novel embodies all of Knausgaard’s known qualities. It takes place over two days, and it lasts forever—well, 666 pages, to be exact. The long, looping sentences of My Struggle have been replaced with something shorter and sharper, drier and more reportorial. At first it feels like you’re being shot with a BB gun full of cat food, but somehow the rhythm takes hold of you. You are a cat, and you’re HUNGRY ... It is a book of revelation, full of unlucky numbers on the march; a book where animals crawl and die as omens ... When I say ‘mundane day’ I mean it. As long as Knausgaard’s characters are simply thinking, we are in good hands, but as soon as they’re roused to act—to participate in the world around them—the reader is forced to climb with the author on the eternal staircase. This is precisely the punishment that lovers of Knausgaard’s work enjoy: to be locked into the step of life, to carry a coffee cup from the table to the sink in perpetuity ... Just as we begin to wonder where he is taking us, whether he is capable, he gets us there. Actually he does what we might never have expected of Knausgaard: he carries us into a Land, like a part-animal or genderless guide. It’s like discovering, in the last twelve seconds of a song, that someone can yodel ... Is it good? I have no fucking idea. It is enormous, unwieldy, a hoarder’s house, full of sliced ham, possible to become obsessed with, one of those books where someone must write himself out of what he has made.
Read Full Review >>
See All Reviews >>
What did you think of The Morning Star?
© LitHub | Privacy