Where the Dead Sit Talking 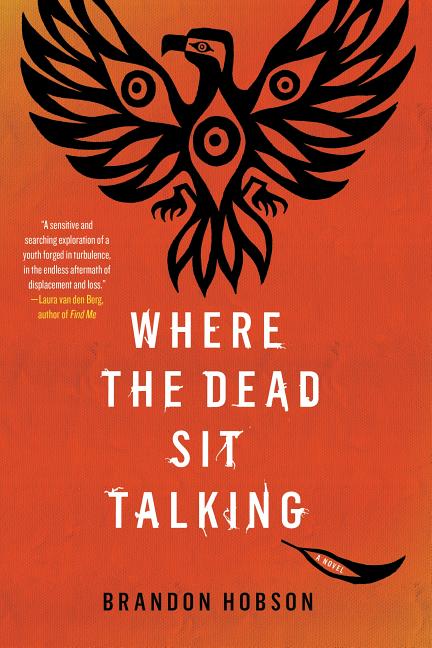 Set in rural Oklahoma during the late 1980s, Where the Dead Sit Talking is a Native American coming-of-age story. With his single mother in jail, Sequoyah, a fifteen-year-old Cherokee boy, keeps mostly to himself, living with his emotions pressed deep below the surface. At least until he meets seventeen-year-old Rosemary, and they bond over their shared Native American background.

What is this?
Rave
Based on 2 reviews

What The Reviewers Say
Positive J.C. Hallman,
The Brooklyn Rail
...imagine a plot hybrid of Dickens and George Saunders—but I’m not going to tell you about that because I think what happens is less important than all that weirdness ... Where the Dead Sit Talking, then—in its affecting affectlessness—is a Native American novel about the failure of Native American novels to bring meaning to Native American lives ... Reading Hobson is like being up in that heaven, fixed and distant, watching his characters scurry about in pursuit of their spirits and their fates.
Read Full Review >>
Rave Publishers Weekly
...a smart, dark novel of adolescence, death, and rural secrets set in late-1980s Oklahoma ... Hobson’s narrative control is stunning, carrying the reader through scenes and timelines with verbal grace and sparse detail. Far more than a mere coming-of-age story, this is a remarkable and moving novel.
Read Full Review >>
See All Reviews >>
SIMILAR BOOKS
Fantasy

Win Me Something
Kyle Lucia Wu
Rave
What did you think of Where the Dead Sit Talking?
© LitHub | Privacy