When I'm Gone, Look for Me in the East 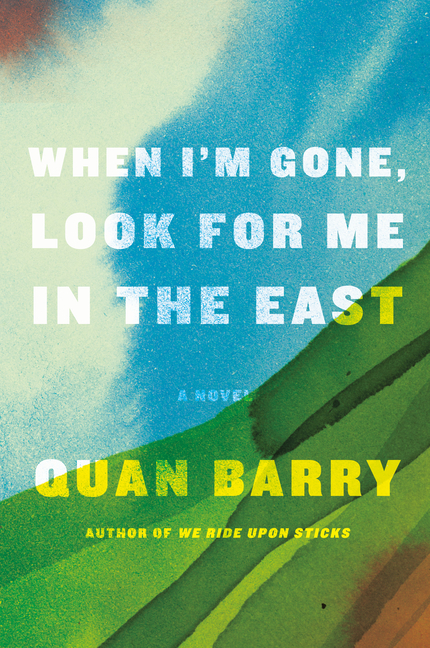 Tasked with finding the reincarnation of a great lama somewhere in the vast Mongolian landscape, the young monk Chuluun seeks the help of his identical twin, Mun, who was recognized as a reincarnation himself as a child, but has since renounced their once shared monastic life. Harking back to her vivid and magical first novel set in Vietnam, Quan Barry carries us across a landscape as unforgiving as it is beautiful and culturally varied, from the stark Gobi Desert to the ancient capital of Chinggis Khan. As their country stretches before them, questions of the immortal soul, along with more earthly matters of love, sex, and brotherhood, haunt the twins, who can hear each other's thoughts. Are our lives our own, or do we belong to something larger?

What The Reviewers Say
Rave Molly Young,
The New York Times
Mesmerizing and delicate ... The novel takes the familiar form of a quest. Along the journey there is an accident, a self-sacrifice, disasters, death. There are natural wonders and metaphysical conundrum ... When I’m Gone, Look for Me in the East is a wild departure from Barry’s previous novel, the fizzy and maniacal We Ride Upon Sticks ... The new novel centers on faith, history, language and yearning ... [Barry] has taken a giant leap forward as a novelist ... This one is a dazzling achievement. Form and subject matter combine in the book to alter a person’s very reading metabolism: The rhythms are more like prayer than prose, and the puzzlelike plot yields revelations in unassuming sentences that a skimming eye could easily miss ...The novel brims with formal peculiarities seemingly designed to cultivate alertness — and they do ...Chronological games abound. Phrases repeat throughout the text. Chuluun’s narration shimmers between several time frames. The entire novel is written without the use of the past tense ... All of this technical sorcery might make it sound as though Barry has written an exhausting book, but reading it is no more demanding than walking on soft grass ...The unlikeliness of this novel is exactly its magic.
Read Full Review >>
Positive Serena Puang,
The Boston Globe
Engrossing ... Its unconventional storytelling and fantastical elements will appeal to fans of Barry’s other books ... Barry showcases the diversity of cultures and traditions within Mongolia and weaves in relevant historical context...to help readers understand their significance ... But at times, this material feels inorganic — expository insertions for the benefit of a Western audience more fitting for a memoir than the narration of a novel ... These explanatory moments are somewhat distracting and make it difficult to settle into the story ... Barry clearly devoted a lot of time to researching Mongolia and Buddhism in the process of drafting this novel. She sprinkles Mongolian words throughout...and sometimes the words aren’t translated, but they can usually be deduced by the context.... The pacing, explanations, and setup of the book make readers feel as if they are taking a whirlwind tour of Mongolia complete with introductions to traditional food and dress, elucidations of modern-day regional politics, and even commentary on how tourists shift traditions. Readers will come away with perspectives on issues such as Chinese involvement in Buddhism that they may not have considered, and the novel raises interesting questions about faith, doubt, and who we believe ourselves to be. But, as is the case with tourism, it is unclear how much this perspective is itself distorted by the fact that it was written with an English-speaking, Western audience in mind ... Still, how many novels set in contemporary Mongolia are available to English-speaking readers? At its heart, When I’m Gone, Look for Me in the East asks questions fundamental to the human experience that will resonate regardless of the reader’s familiarity with Mongolia.
Read Full Review >>
Positive Bethanne Patrick,
Los Angeles Times
The course of Barry’s road-trip narrative is about as linear as the Buddhist path—which is to say, not at all ... There’s much to savor in Barry’s descriptions of Buddhist scripture, rites and concepts. But if you’re looking for the writing found in We Ride Upon Sticks, you’ll be disappointed. Not to say that the sentences in When I’m Gone are not strong or beautiful—they are both ... The satisfactions of narrative, on the other hand, are more elusive. As the story moves from the territory of the Reindeer People to the Western mountains, then back to the steppes and then over to the stark monastery, what began with the trappings of a novel turns into more of a travelogue ... Barry is most successful when she allows a scene to reveal Chuluun’s character, especially his ambivalence about the monastic life ... The author also excels when using the lens of Mongolia to illuminate global crosscurrents ... the author exposes overlooked places and history in a world where, against all odds, there is always something new under the desert sun.
Read Full Review >>
See All Reviews >>
SIMILAR BOOKS
Fiction 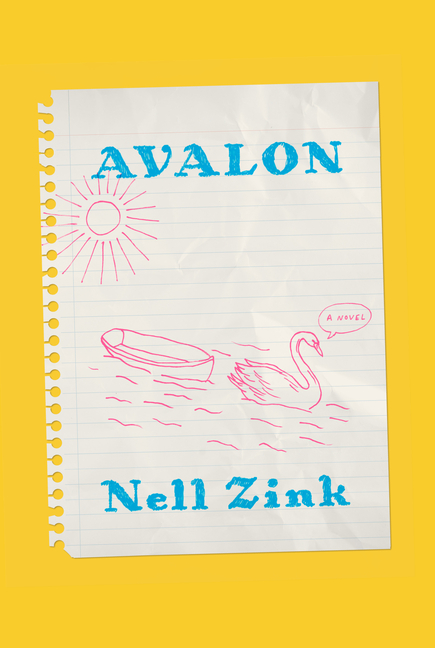 The Long Corner
Alexander Maksik
Rave
What did you think of When I'm Gone, Look for Me in the East?
© LitHub | Privacy