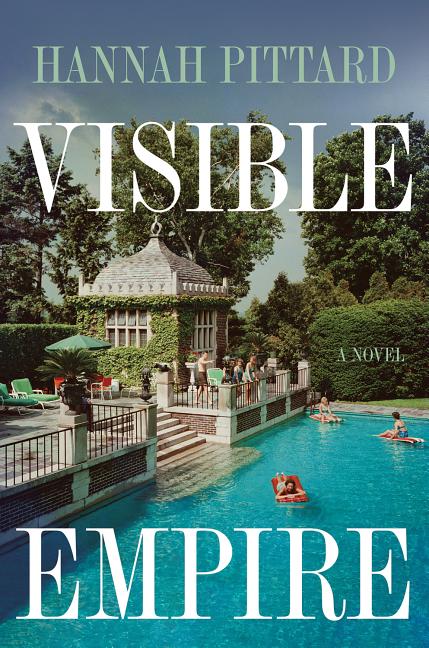 The real-life crash of a charter plane full of Atlanta's white elite is the inspiration for a fictional examination of race, class, love, and betrayal.

What The Reviewers Say
Positive Melissa Firman,
Self- Awareness
On June 3, 1962, a chartered plane crashed shortly after takeoff from Orly Field near Paris. Among the dead were 121 of Atlanta's most influential civic leaders, philanthropists and arts patrons, all returning home after a three-week museum tour. Thirty-three children and young adults lost both parents in the disaster, which Mayor Ivan Allen declared to be his city's 'greatest tragedy and loss.' ... The novel grounds the reader firmly in the chaos and confusion that engulf Atlanta in the month following the crash, as its residents begin to grasp the scope of the tragedy and attempt to cope with their shock and grief. The devastating impact of their collective loss becomes palpable ... The abundance of unforgettable characters gives Visible Empire the feel of a novel in linked stories form, as Pittard skillfully pivots her narrative around three distinct yet interconnected perspectives.
Read Full Review >>
Mixed Annie Bostrom,
Booklist Online
Pittard’s fourth novel, imagines the lives of several Atlanta residents in the aftermath of a 1962 airplane crash, a true event in which 130 people, many of them among Atlanta’s wealthiest citizens, perished ... Readers follow several...characters, including the city’s mayor and his wife, each grieving the city’s incalculable loss differently ... Individual players can, at times, feel underdeveloped, and the story unfocused. Atlanta native Pittard fills the novel with historical details, local points of reference, and distinct examinations of race and class, though, making it an evocative and discussion-worthy choice for readers who appreciate vivid settings.
Read Full Review >>
Positive Laura Relyea,
Artsatl
Articulating the grief of an entire community of people would be a challenge for any author, but Pittard does a beautiful job of contextualizing the disaster, which unfolds within the context of another social tragedy of its time ... Rather than merely telling the story of the grief of Atlanta’s affluent white community, with Visible Empire, Pittard charges herself with tackling difficult subjects like race, resistance and morality, in addition to grief, in her fictional reinterpretation of these real-life disasters. Somehow, she manages in 271 pages to effortlessly command the distinct voices of a pregnant, suddenly orphaned wife recently abandoned by her adulterous husband, his deceased mistress, a friend of the adulterous husband who inherited a fortune because of the crash, his closeted lesbian aunt, an aspiring actress and compulsive liar and a young black runaway named Piedmont who somehow gets caught up in their privileged web ... In Pittard’s masterful hands, the intricately woven plots and personalities that make up Visible Empire are relatable and corporeal. The most vivid of her characters are her female protagonists, especially Lily, the pregnant wife, who finds herself not only orphaned and abandoned, but on the brink of motherhood and in financial shambles.
Read Full Review >>
See All Reviews >>
SIMILAR BOOKS
Fiction