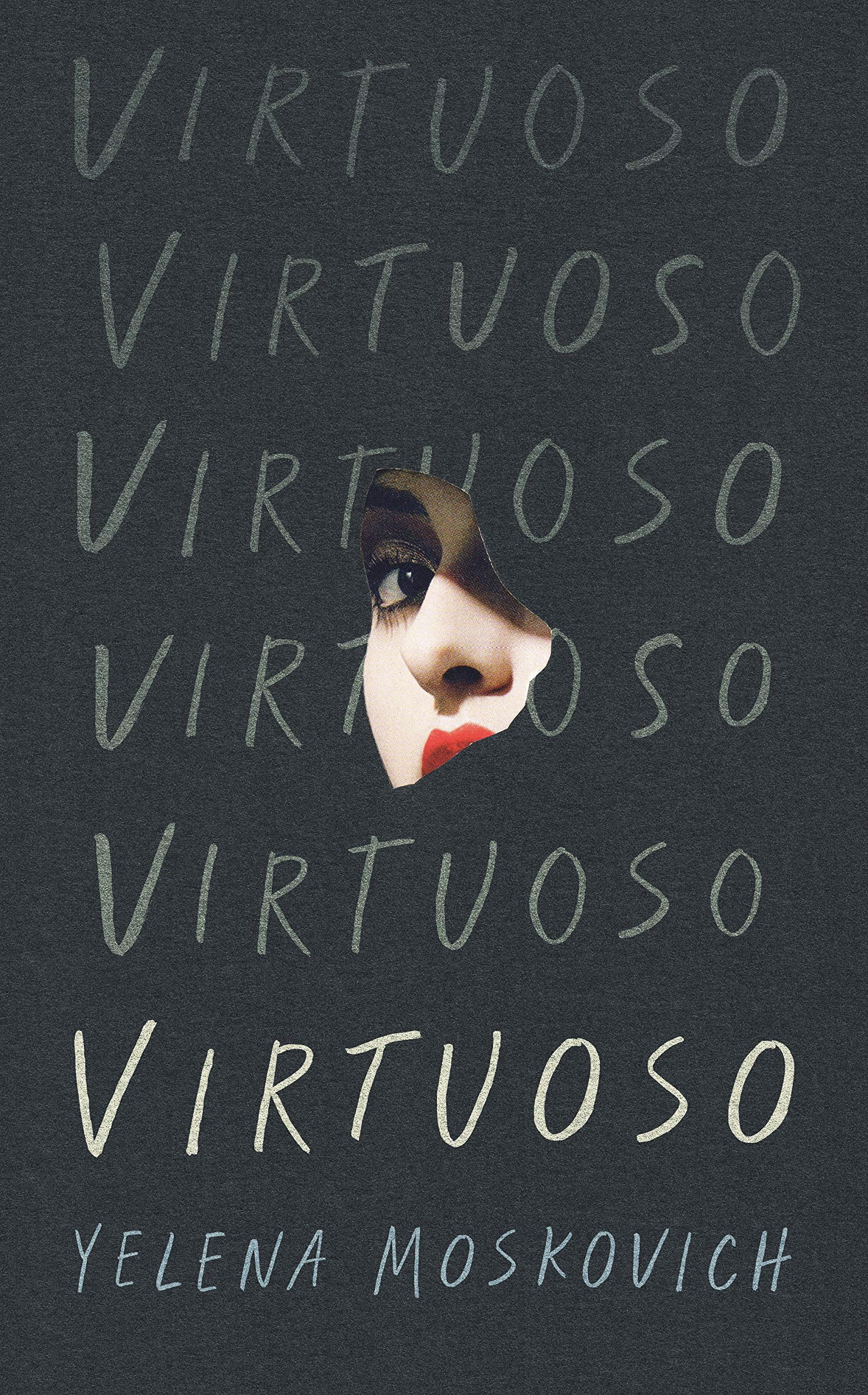 Just before Jana's seventh birthday, a new family moves in to their building: a bird-eyed mamka in a fox-fur coat, a stubble-faced papka—and a raven-haired girl named Zorka. As the first cracks begin to appear in the communist regime, Zorka teaches Jana to look beyond their building, beyond Prague, beyond Czechoslovakia ... and then, Zorka just disappears.

What The Reviewers Say
Rave Nadia Beard,
Los Angeles Review of Books
...deliciously mysterious ... Like Moskovich’s dark debut, The Natashas, Virtuoso depicts stark, casual brutality toward women. But sexual exploitation isn’t the star of this show. The range of themes — dislocation, exile, capitalism, and LGBTQ love — are all explored in such depth and visceral detail that it is impossible to determine a main theme ... Virtuoso isn’t a 'start-to-end' novel, in that it doesn’t rely on a build-up of momentum to achieve its goals. Many of its most dramatic, profound moments are spliced into the narrative, rather than waiting for you, like a reward, at the conclusion. Moskovich deftly flicks between narrators, timeframes, and tone ... Moskovich wanders quite far down the path of the weird but stops short of the absurd ... Nevertheless, the stream of episodes that reel with a riotous unpredictability may knock even the most steady reader off course ... Virtuoso is powerfully mysterious and deeply insightful, a page-turner precisely because you have no idea what to expect ... The true virtuoso, in both substance and style, is the author herself.
Read Full Review >>
Rave Katharine Coldiron,
The Times Literary Supplement
Yelena Moskovich’s books defy summary ... They roam among time periods and groups of characters, loop back on themselves via reappearing objects and colours, and purposely blur the real, the unreal and the surreal ... She demonstrates a profound commitment to language, and undergirds a jazz-like approach to narrative with steely insight. Virtuoso is an unusual read, and a tantalizing specimen of Moskovich’s talent ... A novel like this might be fun to dissect, but it is much more compelling to soak Virtuoso up, like a patch of moss soaks up rain ... This is not a sensible novel. But in its attention to language, its ability to reveal detail with sharp, original turns of phrase, it is a hypnotic one ... Virtuoso is also a bold feminist novel: it contains a world of love and friendship between women in which men and boys are both indistinct and irrelevant ... a fully realized vision of a strange world.
Read Full Review >>
Positive Alex Preston,
The Guardian
Moskovich’s mother tongue is Ukrainian, and while her English is faultless, there’s a pleasing otherness about her syntax and word choice, a sense that there are different languages operating just beneath the surface of the text. It makes for a reading experience that is always strikingly original, if occasionally baffling ... The novel’s ending brings together all of the narrative strands in a denouement that Moskovich handles brutally and brilliantly. Virtuoso is a fine, fraught, strange novel that builds impressively on the model Moskovich established with The Natashas.
Read Full Review >>
See All Reviews >>
SIMILAR BOOKS
Fiction

Dinosaurs
Lydia Millet
Positive
What did you think of Virtuoso?
© LitHub | Privacy