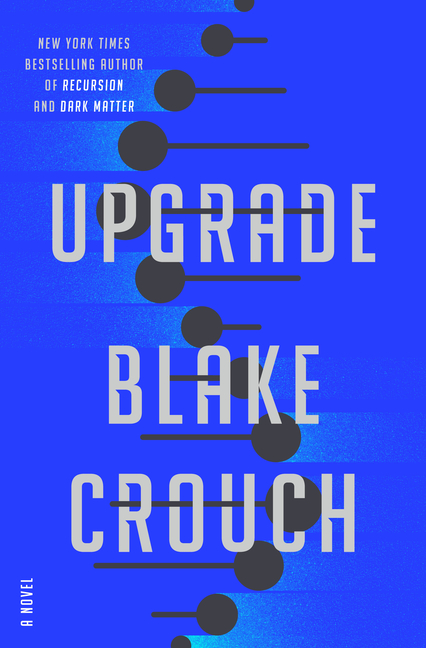 Ramsay can feel his brain changing--and his body, too. He's becoming something other than himself. Maybe even something other than human. As he sets out to discover who did this to him, and why, his transformation threatens everything: his family, his job, even his freedom. Because the truth of what's happened to him is more disturbing than he could possibly imagine. His DNA has been rewritten with a genetic-engineering breakthrough beyond anything the world has seen--one that could change our very definitions of humanity.

What The Reviewers Say
Positive Amal El-Mohtar,
New York Times Book Review
Sleek and propulsive, a page-turner with unexpectedly beautiful passages that give you pause amid the thrills ... Logan, whose thoughtful, anguished perspective provides the book with much of its depth ... But while the novel raises several ethical and philosophical questions, it isn’t always interested in exploring them. This would be fine if Crouch weren’t foregrounding the emergent brilliance of his protagonist; it’s a little frustrating to see so-called geniuses dramatically siloed off to work against each other, blind to the difference between a conversation and an irreconcilable ideological split.
Read Full Review >>
Positive JASON SHEEHAN,
NPR
Crouch's books are fun the way a summer blockbuster is fun. And on the page, he exudes the smooth, slick confidence of someone who knows exactly where he's going and just how to get there. Even his surprises seem like clockwork. They all go off precisely when he wants them to ... Crouch could've just gone on from this point and told a dull, standard-issue technological superman story. Dude gets magical sci-fi powers, saves/destroys the world, the end. But what's interesting about Upgrade is that Crouch doesn't do that ... Crouch doesn't linger. He knows how to do a chase, when to blow stuff up and when to bring the house lights down ... what makes Upgrade special is that his path is unique. He takes turns that are unexpected, explores some stunning vistas along the way, and even if the endpoint is a little bit obvious, watching him get there can be a lot of fun ... Bloody, grim and occasionally pedantic, but still fun.
Read Full Review >>
Positive Rebecca Vnuk,
Booklist
Crouch’s latest mind-bending thriller is well-paced, and his characters are realistic and interesting. While there is a bit of science jargon, it fits in perfectly with the action and won’t bog down readers unfamiliar with DNA technology. This is an excellent follow-up to Crouch’s other dark-science novels and will appeal to readers interested in climate fiction or superhero origin stories, as well as those who enjoy smart thrillers.
Read Full Review >>
See All Reviews >>
SIMILAR BOOKS
Fiction

The Women Could Fly
Megan Giddings
Rave
What did you think of Upgrade?
© LitHub | Privacy