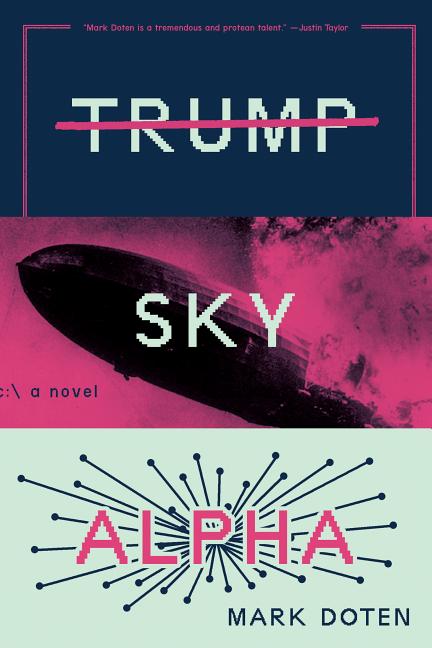 A novel on the political madness of our time and the Internet’s deep workings, by the author of The Infernal.

What The Reviewers Say
Rave Melissa Holbrook Pierson,
The Washington Post
[Doten] launches Trump Sky Alpha at the bull’s eye of reality with such velocity that it bursts through the other side. This is speculative fiction as burning ring of fire ... The beginning is outrageous fantasy but reads like transcription. Doten channels Trump’s verbal tics and rhetorical poverty so perfectly it’s chilling ... Perversely satisfying, this tour de force of vicious satire is cathartic ... The stress of outperforming realism in works of speculative fiction sometimes risks a dangerous rise in the literary mercury. Both [Doten's novel, and the novel within the story] suffer from an overreliance on facsimile screenshots and voiceyness ... Dizzy with metaphor, Trump Sky Alpha is a cautionary tale for a time when we have become inured to flashing yellow all around.
Read Full Review >>
Positive TOBIAS CARROLL,
The Star Tribune
But for all the skewed touches Doten uses here — Trump’s zeppelin, a sort of aerial Mar-a-Lago, chief among them — he also channels the brusqueness of the president’s Twitter feed into a vivid literary depiction. And this is indeed a novel where Twitter personas don’t just matter: They are, in fact, at the heart of this heady work’s thematic concerns ... Fundamentally, this is a long and thrilling meditation on information and disinformation, on personas and the elusiveness of truth. In Trump Sky Alpha, this is the way the world ends: not with a bang, but with a meme.
Read Full Review >>
Positive Amber Wheeler Bacon,
Ploughshares
... as I started reading, the book scared me. Its Trump character is so realistic and its social commentary so spot on that I couldn’t shake the feeling that its plot doesn’t seem very farfetched ... Did I mention the book was funny? When characters aren’t getting holes drilled into their heads or dying of radiation poisoning, when journalists aren’t being imprisoned for reporting on the truth, it can be hilarious ... The novel is not, however, an easy read. Reflecting the fragmentation of our culture, it moves around in time, in point of view, and in form. It can be gruesome and relentless ... But Trump Sky Alpha is more than social commentary... What makes this novel eloquent and urgent are its human elements...
Read Full Review >>
See All Reviews >>
SIMILAR BOOKS
Fiction 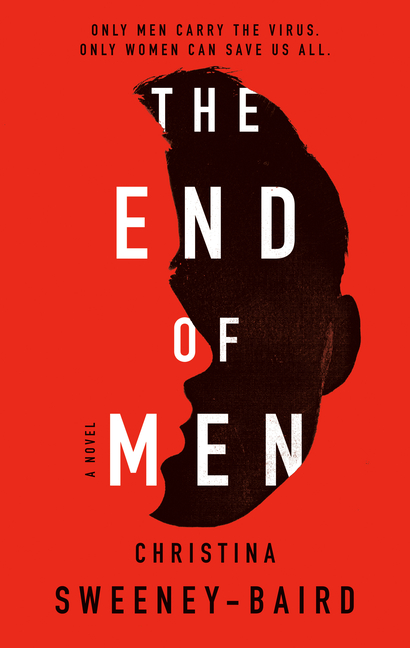 The End of Men
Christina Sweeney-Baird
Positive
What did you think of Trump Sky Alpha?
© LitHub | Privacy