Things We Lost to the Water 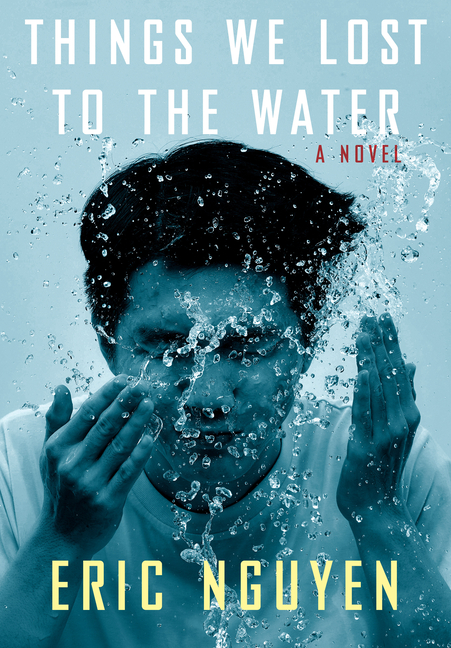 When Huong arrives in New Orleans with her two young sons, she is jobless, homeless, and worried about her husband, Cong, who remains in Vietnam. As she and her boys begin to settle in to life in America, she continues to send letters and tapes back to Cong, hopeful that they will be reunited and her children will grow up with a father. But with time, Huong realizes she will never see her husband again. While she attempts to come to terms with this loss, her sons, Tuan and Binh, grow up in their absent father's shadow, haunted by a man and a country trapped in their memories and imaginations. As they push forward, the three adapt to life in America in different ways. Their search for identity--as individuals and as a family--threatens to tear them apart, un­til disaster strikes the city they now call home and they are suddenly forced to find a new way to come together and honor the ties that bind them.

What The Reviewers Say
Rave Bryan Washington,
The New York Times Book Review
Nguyen’s narrative strikes a very elusive balance: vast in scale and ambition, while luscious and inviting — enchanting, really — in its intimacy ... Nguyen has created a revolving triptych of characters who, despite their closeness, or maybe even as a result of it, remain a paradox to one another ... The specter of that water looms heavy as time passes, but as Nguyen guides us through the decades into the 2000s he never shows his hand; he lets readers wind their own internal clocks. The result is both inviting and jolting. Nguyen’s characters exist within New Orleans’s myths — of mystery, splendor, pleasure — until they become inextricable from those narratives themselves ... The narrative structure changes subtly as the family’s years in New Orleans accumulate, but still the emotional tethers remain palpable. Nguyen is especially gifted at crafting a sense of longing, and the arc of Ben’s queer story line is sure-footed and poignant ... It’s a rare novel that conveys the vertigo of a journey without demystifying its individual turns, but Nguyen is an able captain, and the path he charts for us is illuminating. The tide ebbs and flows, but it does eventually, inevitably, return.
Read Full Review >>
Rave THÚY ĐINH,
NPR
... haunting ... poignantly explores all the ways in which Vietnamese refugees are affected by country and water — in sum, by dislocation ... gracefully manages to be both panoramic and specific, allegorical and literal ... Nguyen's narrative language, as consistent with his fluid universe, is an organic blend of English and Vietnamese...slipping into dialogues, recorded messages, and descriptions. This hybrid language highlights his characters' complex essence, showing that their experiences are not subjugated by one dominant mode of expression but formed by layered syntaxes. It also vividly illustrates the borderless, convergent quality of country/water.
Read Full Review >>
Positive May-lee Chai,
The Star Tribune
... moving ... In Nguyen's deft writing, the truth is never so simple as one version of a story ... survival is not a stage that is ever guaranteed, Nguyen reminds the reader. Things We Lost to the Water opens and ends on scenes of hurricanes that the family experiences in their years in New Orleans, an apt symbol for the tumult of their lives as refugees and the cyclical nature of violence and memory.
Read Full Review >>
See All Reviews >>
SIMILAR BOOKS
Fiction

Aesthetica
Allie Rowbottom
Positive
What did you think of Things We Lost to the Water?
© LitHub | Privacy