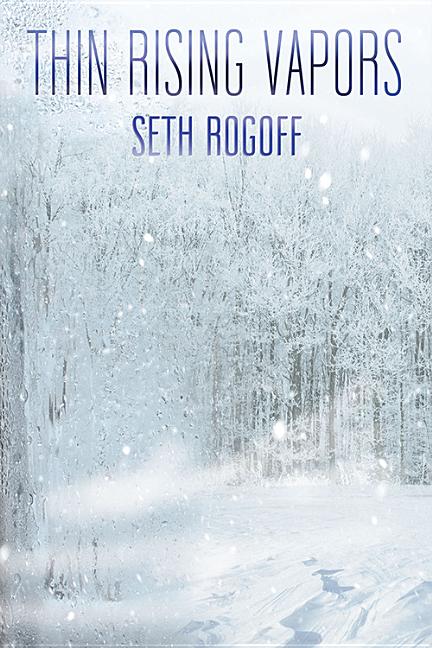 Thin Rising Vapors is a novel about an enduring yet fragile friendship, and the allure of nature and faith.

What The Reviewers Say
Rave Duncan Whitmire,
Thin Rising Vapors
...a novel as disorienting as it is heartfelt, a work that calls into question how we think about the people who shaped us and how we should, in turn, view ourselves ... Rogoff manages to fertilize Thoreau’s words with his own, tenderly cultivating the ensuing bloom into thoughts and sentiments that reach beyond the original context, sprouting off shoots and stems of newly transcendent ideas for another generation of readers ... Rogoff casts his characters’ lives through the various looking glasses of memory, memoir, and myth until none of the characters—and least of all the reader—can be sure of the details, only their profound importance. The facts remain shrouded, but the consequences pierce the dark, loud as a loon’s call ... Such is Rogoff’s penchant for characterization that even inanimate objects in the cabin drip with personality ... Some passages quiver with the nuanced terror of a Shirley Jackson story; others recall Camus as characters muse philosophically toward abstraction. But across every page flow the carefully crafted sentences of a letter written to a childhood friend, the kind of missive certain people might choose to type on an old Remington in the quiet solitude of a lakeside cabin.
Read Full Review >>
Positive Jacob M. Appel,
The Collagist
Rogoff brings to life the allure and mystery of summer camp, but also the unique nostalgia that summer camp engenders—both in real time and then with each passing year ... Not all of the questions raised by Thin Rising Vapors, either factual or thematic, are answered in the text. Nevertheless, the novel's conclusion proves highly satisfactory. Rogoff displays a notable gift for recognizing what to share and what to withhold, and precisely when in the narrative to do each...
Read Full Review >>
Positive Meredith Grahl Counts,
Foreword Reviews
The book is equal parts a mystery (what drove Abel to the wild, and why did he die as he did?) and a portrait of an enduring friendship between two men who camped together as boys ... Thin Rising Vapors is a consuming, wistful novel, pleasing in its elements of nature appreciation, friendship, and suspense.
Read Full Review >>
See All Reviews >>
SIMILAR BOOKS
Coming Soon

What Could Be Saved
Liese O'Halloran Schwarz
Positive
What did you think of Thin Rising Vapors?
© LitHub | Privacy