The Wind That Lays Waste 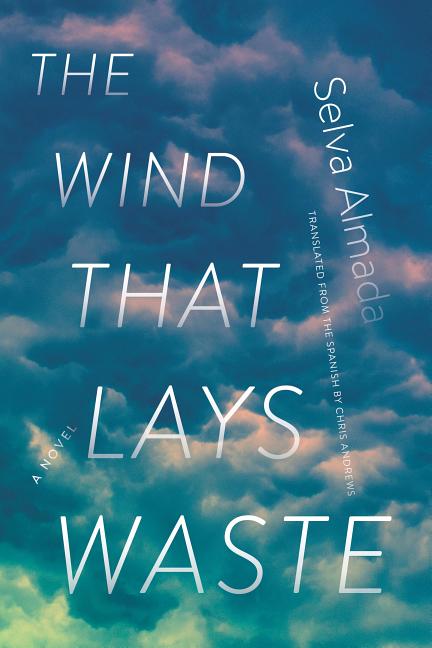 Reverend Pearson is evangelizing across the Argentinian countryside with Leni, his teenage daughter when their car breaks down. This act of God or fate leads them to the workshop and home of an aging mechanic called Gringo Brauer and a young boy named Tapioca. As tensions between these characters ebb and flow, beliefs are questioned and allegiances are tested until finally, the growing storm breaks over the plains.

What The Reviewers Say
Rave Zack Ravas,
ZYZZYVA
Though the setting may be Argentina, the setup for Selva Almada’s latest novel feels as though it could be plucked from the pages of revered Southern author Flannery O’Connor. But while Almada shares some of O’Connor’s subject matter and spiritual concerns, this is largely where their similarities end. O’Connor’s stories are well known for their frequently doom-laden endings –– the personal violence building to almost apocalyptic proportions in the lives of her characters. Almada tends to take a gentler and more introspective tract ... The climax feels appropriately Biblical...In the grim, often fatalistic world of Flannery O’Connor, this violent confrontation would have likely led to an irrevocable tragedy. But here there is a path forward for these characters, one in which they might learn to let things go and develop as individuals. Alamada’s nuanced approach leaves room to explore her characters’ pasts in some detail, but, crucially, these individuals –– even the Reverend Pearson –– are not defined by their mistakes ... Almada’s novel offers but a brief glimpse of a moment in their journey, but it is one she renders with great and deliberate meaning.
Read Full Review >>
Positive Diego Báez,
Booklist
Drawing language from each character’s worldview, and interspersing short sermons, Almada weaves together a quick and tightly told novel that includes smart glimpses into the past, which reveal odd parallels among the four and force each to question the roles of fate, providence, and agency in his or her life. This quick read capturing the soul of rural South America, a place of longstanding truths and pivotal conversions, is Almada’s debut novel and her first work to be translated into English. She’s been billed as a 'promising voice' in Latin American literature, and this tale delivers readily on that promise.
Read Full Review >>
Positive Hasan Altaf,
The Paris Review
... so tightly framed, the story of a single day in four lives. But the book’s power goes beyond that. There is something as hypnotic and inexorable as weather happening here: you know the storm is coming, and you can’t look away, and you want to know how different things will look once it passes. But maybe they won’t look different. One of the tensions in this book is between certainty and its opposite, which could be doubt but could also be a kind of openness that sets you free—if freedom of any sort is possible—from what you’ve built around yourself.
Read Full Review >>
See All Reviews >>
SIMILAR BOOKS
Coming Soon

The Last Karankawas
Kimberly Garza
Rave
What did you think of The Wind That Lays Waste?
© LitHub | Privacy