The Uninnocent: Notes on Violence and Mercy 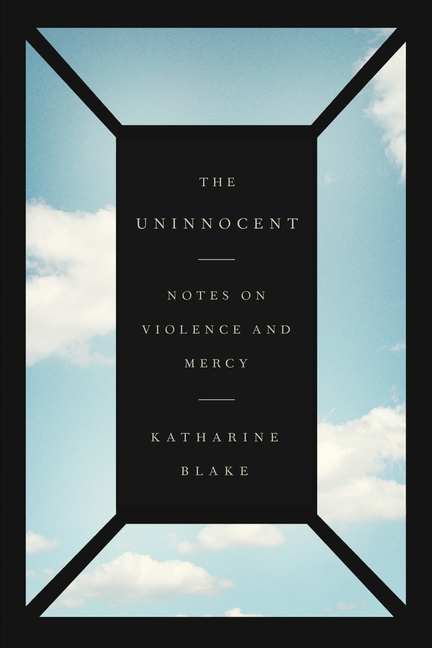 On a Thursday morning in June 2010, Katharine Blake's sixteen-year-old cousin walked to a nearby bike path with a boxcutter, and killed a young boy he didn't know. It was a psychological break that tore through his brain, and into the hearts of those who loved both boys--one brutally killed, the other sentenced to die at Angola, one of the country's most notorious prisons. In The Uninnocent, Blake, a law student at Stanford at the time of the crime, wrestles with the implications of her cousin's break, as well as the broken machinations of America's justice system.

What The Reviewers Say
Positive Anitra Gates,
Library Journal
This introspective book covers some disturbing and unsettling ground, yet appropriately so because of the subject matter. Readers looking to explore the ideas of mercy and forgiveness will be given plenty to think about ... Those experiencing their own forms of heartbreak won’t find advice, but instead may find some comfort and understanding in Blake’s elegant, sympathetic reflections.
Read Full Review >>
Rave Publishers Weekly
Intimate and deeply moving ... Crystalline prose, incisive inquiries into complex moral and legal matters, and candid reflections on the pain of losing hope make this a must-read.
Read Full Review >>
Mixed Kirkus
The best part of Blake’s book explores the trajectory of the crime, subsequent trial, and imprisonment of her cousin ... Were the memoir to stick to this story, it would have been more effective, for much of it is given over to hit-or-miss meditations on heartbreak, lost love, and the like ... Sometimes these musings are weighty ... sometimes mere soufflés ... A mixed bag of longueurs and profundities that should prove useful to students of the judicial system.
Read Full Review >>
See All Reviews >>
What did you think of The Uninnocent: Notes on Violence and Mercy?
© LitHub | Privacy