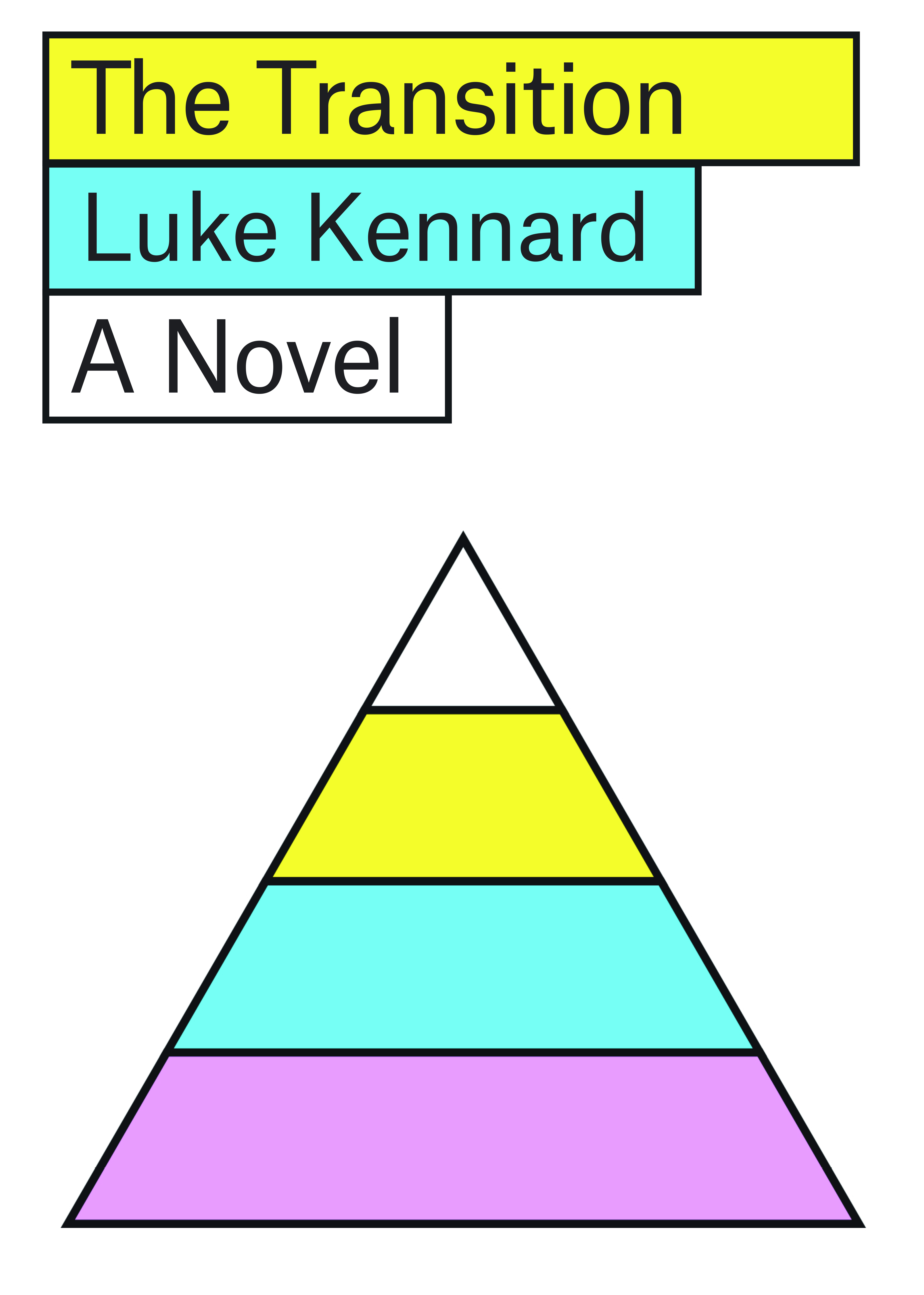 Longlisted for the Desmond Elliott Prize for fiction, Luke Kennard's debut novel discusses the repercussions a young writer faces after he avoids jail time by signing up for a suspicious life-skills scheme called The Transition.

What The Reviewers Say
Rave Idra Novey,
The Los Angeles Times
Set in a near future with ever more concentrated wealth for those at the top of the corporate pyramid and bewildering living costs and debt for everyone else, The Transition is bleak but prescient ... Possibly, though clarifying the Transition's true intentions is not the aim of the novel so much as exploring the psychic fallout from being beholden to the whims of a faceless corporation ... The growing paranoia and destabilizing sense of strangeness in The Transition brings to mind the symbol-rich fictional worlds of the late poet-novelist Denis Johnson. Like Johnson, Kennard escalates the strangeness with the oddness of his comparisons ... That desire to innovate in both content and form and 'pull off something' rather than abide by the rule book for fiction fuels many of the excellent subtle acts of disobedience throughout the novel ... With The Transition, Kennard, like so many poets reinvigorating the expectations of what a work of prose can do, makes a case for resisting narrative conventions as a way to infuse a book with a feverish vitality.
Read Full Review >>
Positive Max Liu,
The Financial Times
This dystopian Britain of the near future sounds only slightly worse than the one we know ... Kennard, 35, is the author of five poetry collections. His poems can be hilarious but they subtly express moral concerns too; in The Transition, he reins in his absurdist instincts and makes explicit Karl’s decency ... The reader roots for this flawed but sympathetic figure, as he tries to uncover the truth about The Transition and save Genevieve ... The Transition has similarities with Kingsley Amis’s Lucky Jim (1954): both are first novels, written in times of austerity; both feature underachieving male protagonists in unnamed provincial cities; both authors channel their anger into comedy and gripping plots. Occasionally, Kennard’s characters sound like they’re expressing his own views and the novel risks becoming didactic.
Read Full Review >>
Mixed Mark Athitakis,
The Barnes and Noble Review
Karl, the middle-class British suburbanite at the center of Luke Kennard’s debut novel, The Transition, embodies the anxiety and entrapment of everyday capitalism, the way you can be a critic of commercialism’s abuses even while you can’t help being one of its victims ... And though Kennard is wise enough to know that we, like Karl, are skeptical of the scheme [the Transition] from the start, he ably spaces out the increasingly troubling revelations about the Transition across the novel ... Kennard presents Karl’s enlightenment (and horror) as a kind of intellectual thriller... The Transition itself is unquestionably a menace, but Kennard is strenuously avoiding the more stormclouded rhetoric of dystopian novels like 1984 or even The Handmaid’s Tale... But though the shame in that rightly belongs to the kind of political and commercial interests that would create something like the Transition, we don’t get a clear sense of what those interests look like ... Kennard’s not wrong there; humans do have their flaws. But so do institutions. The best dystopian novels recognize both.
Read Full Review >>
See All Reviews >>
SIMILAR BOOKS
Fiction

Better Luck Next Time
Julia Claiborne Johnson
Rave
What did you think of The Transition?
© LitHub | Privacy