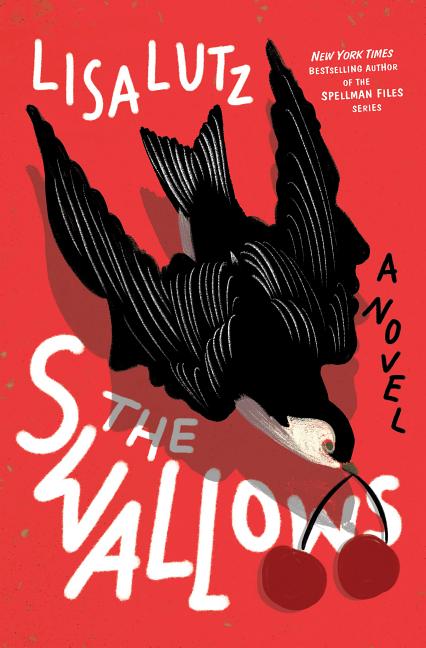 After high school English teacher Alex Witt takes a job at Stonebridge Academy, a Vermont boarding school, she becomes immersed in an investigation of the students atop the school’s social hierarchy—and their connection to something called the Darkroom. She soon inspires the girls who’ve started to question the school’s “boys will be boys” attitude and incites a resistance.

What The Reviewers Say
Rave Shannon Carriger,
The Manhattan Book Review
Just as the country grapples with the #MeToo movement, Lisa Lutz delivers a stab to the heart ... Set before social media became ubiquitous for teens, The Swallows capitalizes on the corners of the web that used to be where venom went to hide. As you read the book, you almost long for the days when misogyny was on the down-low ... For anyone who dreams of a day when 'boys will be boys' is a thing of the past and sexual politics are equal, The Swallows is a rallying cry.
Read Full Review >>
Positive G. Robert Frazier,
BookPage
Lisa Lutz’s new novel, The Swallows, is fast-moving, darkly humorous and at times shockingly vicious. The battle of the sexes within its pages couldn’t be more compelling ... Lutz delivers a frantic, morbidly funny story about what happens when girls are no longer willing to excuse bad behavior as 'boys will be boys.'
Read Full Review >>
Mixed Rebekah Frumkin,
The Washington Post
The polyphonic narrative...has the pacing and urgency of a spy thriller but the middling stakes of a book about a group of privileged kids sending each other cryptic texts. By the time the stakes do achieve life-or-death heights, the novel has forced itself into an awkward stance of violence and suspense that doesn’t entirely fit with its crumpled class notes and teenage self-importance ... In the #MeToo era, the intent of The Swallows is admirable: Trace toxic masculinity back to its roots, the peacocking years of early adolescence, and empower a group of young women to shatter it. And Lutz is mordant in her descriptions of 'boys will be boys' sliminess ... It’s in the machinations of the campus cold war itself—and in her clumsy homage to le Carré—that Lutz stumbles ... there is much to be said about power, privilege and cycles of abuse that is skimmed over in favor of spy-versus-spy skulduggery in The Swallows ... Where the novel truly succeeds is in its implication of adults in the nasty schemes of kids.
Read Full Review >>
See All Reviews >>
SIMILAR BOOKS
Fiction

Mother May I
Joshilyn Jackson
Rave
What did you think of The Swallows?
© LitHub | Privacy