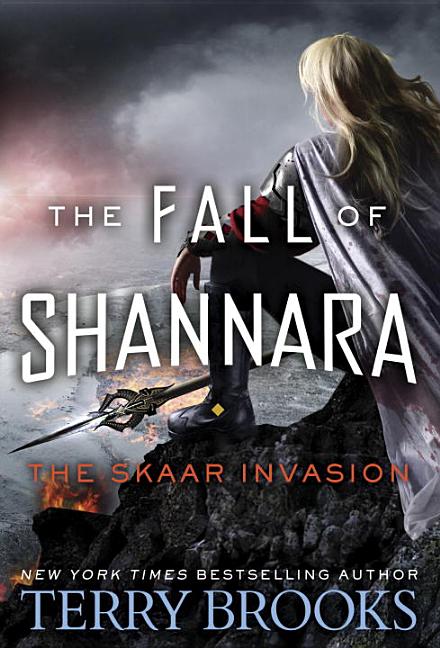 The Skaar Invasion is the second book of the four-part Shannara series. The Four Lands are under siege. Wielding a magical ability virtually impossible to combat, mysterious invaders defeat the most fearsome Troll armies, then focus their savagery on the Druid order—and all hope seems lost.

What The Reviewers Say
Positive Aidan Moher,
Tor.com
The Skaar Invasion is not only a worthy follow-up to The Black Elfstone, it’s further proof that Brooks is in the midst of writing a classic instalment ... it works by shifting reader expectations, and providing new answers to old questions ... The Skaar Invasion focuses on two themes that are familiar to anyone following the news in 2018: climate change and the collision between xenophobia/nationalism and immigration ... Brooks isn’t subtle, and his workmanlike prose doesn’t hide secrets, instead displaying the politics and themes openly, but there are some important messages in these books, and, considering them in context of the series’ past, they raise the Shannara series to new heights.
Read Full Review >>
Positive Victoria Frerichs,
RT Book Reviews
Brooks continues the mastery of the world ... The characters grow in a satisfactory manner, but the action is the winner here. Unfortunately female protagonist Ajin still suffers from a variety of female fantasy tropes that are tiring. Regardless, this is a worthy outing, especially for fans of the series.
Read Full Review >>
Mixed Publishers Weekly
Although Brooks’s prose and characters remain unremarkable, he does a better job of juggling multiple story lines in this middle volume ... Brooks keeps the narrative flowing briskly and makes it accessible to newcomers.
Read Full Review >>
See All Reviews >>
SIMILAR BOOKS
Fantasy

40
Alan Heathcock
Positive
What did you think of The Skaar Invasion?
© LitHub | Privacy