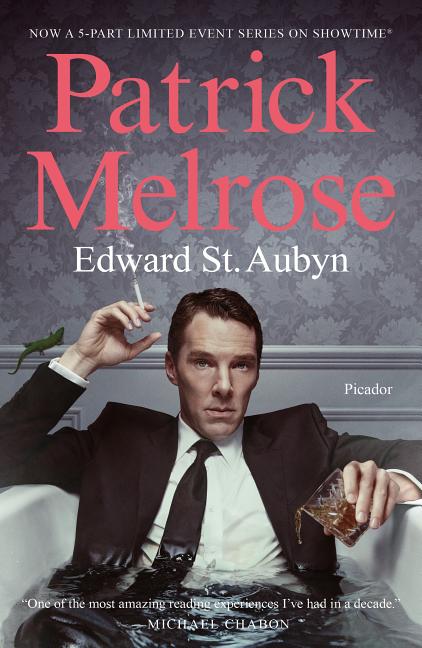 Collected into one volume for the first time, all five installments of Edward St. Aubyn's celebrated Patrick Melrose novels.
Rave
Based on 9 reviews

What The Reviewers Say
Rave James Wood,
The New Yorker
St. Aubyn’s novels have an aristocratic atmosphere of tart horror, the hideousness of the material contained by a powerfully aphoristic, lucid prose style. In good and bad ways, his fiction offers a kind of deadly gossip, and feeds the reader’s curiosity like one of the mortal morsels offered up by Tacitus or Plutarch in their chatty histories ... Although reviewers liken Edward St. Aubyn to Evelyn Waugh and Oscar Wilde (hard not to, when his characters have neon names like David Windfall), he is a colder, more savage writer than either ... Perhaps because he is much more of an aristocratic insider than Wilde or Waugh...he retains no arriviste enamoredness of the upper classes he is supposedly satirizing. On the contrary, his fiction reads like a shriek of filial hatred; most of the posh English who people his novels are virulently repellent ... On every page of St. Aubyn’s work is a sentence or a paragraph that prompts a laugh, or a moment of enriched comprehension ... Patrick, with his cool wit, plays the adult role quite well; but he is really always the throbbing child, pulsing with pain. And in this way St. Aubyn’s novels seem to be not only books about trauma but traumatized books, condemned to return again and again to primal wounds. The striking gap between, on the one hand, the elegant polish of the narration, the silver rustle of these exquisite sentences, the poised narrowness of the social satire and, on the other hand, the screaming pain of the family violence inflicted on Patrick makes these books some of the strangest of contemporary novels.
Read Full Review >>
Rave Adam Ross,
The Los Angeles Review of Books
US consumers have, I think, the nearly unfair and delightfully addictive pleasure of reading the quintet of a piece... which is how I read them, how I binged on them, to the neglect of my children, my marriage, and the novel I’m writing, as did most other readers I discussed them with ... For me the cycle reads like one giant novel, this magnificent bildungsroman so supremely post-post-modern in its brand of cutting-edge psychological realism combined with high class taxonomy, each as neatly presented via the formal challenges St. Aubyn sets himself book to book not only to keep the reader on her toes but also to subtract weight from their heavy subject matter (incestuous buggering, adultery, heroin addiction) ... I’m talking about something simpler and, by dint of near-perfect execution, more readable straight through than Ulysses. In the end, St. Aubyn’s novels are just so damn fun, so cuttingly comic, so wicked and quick. So perfectly short ... I couldn’t read anyone else after St. Aubyn for several weeks. Like life after rehab it all seemed so, well, dull.
Read Full Review >>
Rave Sam Sacks,
The Wall Street Journal
The British author has let it be known that virtually everything that has happened to Patrick is based in autobiography. Yet instead of recording his experiences in tear-jerker memoirs, Mr. St. Aubyn has transmuted them into stunning, sparkling fiction ... Patrick is 'desperate to escape the self-subversion of irony and say what he really meant.; Yet Mr. St. Aubyn's feat is in exploiting the same ironical trap for the purposes of art. That sense of detachment—the state of simultaneously being yourself and viewing yourself as though from a distance—is the key to his ability to evoke the pitch and heave of trauma while describing it with devastating lucidity. Who knows how much payment in tears and blood it cost him to forge his style from the material of a harrowing life, but the Patrick Melrose novels justify the often denigrated (often with good reason) form of the autobiographical novel ... for readers who have followed Patrick through Mr. St. Aubyn's unforgettable novels, the story's conclusion is deeply affecting ... It is a beautiful and startlingly hopeful place to leave Patrick once and for all.
Read Full Review >>
See All Reviews >>
SIMILAR BOOKS
Coming Soon

What Could Be Saved
Liese O'Halloran Schwarz
Positive
What did you think of The Patrick Melrose Novels?
© LitHub | Privacy