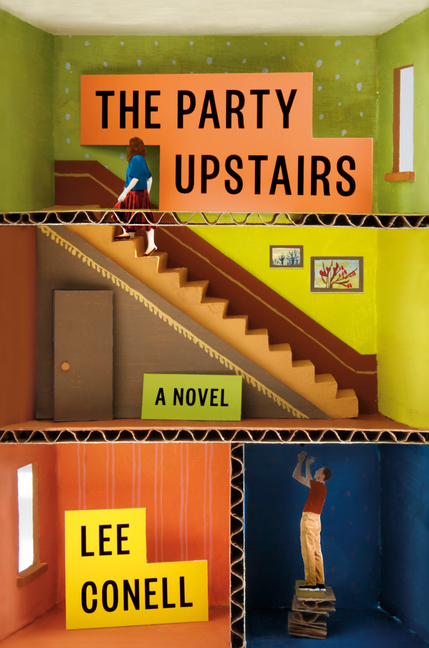 A single day unfolds inside one genteel New York City apartment complex, where the building's super and his daughter Ruby—a deeply indebted recent college graduate—navigate tensions between themselves and with their upstairs neighbors, including Ruby's penthouse-dwelling friend Caroline. A looming crisis will, by day's end, have changed everything.

What The Reviewers Say
Rave Lauren Bufferd,
BookPage
There’s nothing like a great New York City novel, and praise be to...Lee Conell, whose exquisite debut gets to the heart of the city via the super of an Upper West Side co-op and his frustratingly underemployed daughter ... The Party Upstairs will make you laugh even as you grapple with how money defines many of its characters’ most significant choices. As chapters alternate between Ruby’s and Martin’s perspectives, Conell’s realistic dialogue and thoughtful plotting take us deep into the often unexpressed shame linked to financial uncertainty. The Party Upstairs is an on-the-nose, of-the-moment dark comedy that delves deep into issues of wealth, gender and privilege in the most iconic of American cities.
Read Full Review >>
Positive SEAN KINCH,
Chapter 16
... skirts the periphery of self-awareness, her characters experiencing moments of insight but struggling to achieve clear epiphanies. Paralyzed by self-consciousness, Ruby and Martin express themselves most authentically when they act on impulse, moments of sublimated violence and petty theft unleashing pent-up aggravation ... Perhaps the lesson at the heart of this sharp and affecting novel is that sometimes destruction, in moderation, can be creative. Ruby and Martin need to figure out how much to destroy, leaving enough room and wreckage for rebuilding.
Read Full Review >>
Positive Leah Greenblatt,
Entertainment Weekly
Like so many social chroniclers before her, Lee Conell has a keen eye for the grand delusions and small daily hypocrisies of a 'classless' America; if her take isn't quite a revelation, it's still brisk, canny fun—an upstairs-downstairs for the modern age.
Read Full Review >>
See All Reviews >>
SIMILAR BOOKS
Fiction

Better Luck Next Time
Julia Claiborne Johnson
Rave
What did you think of The Party Upstairs?
© LitHub | Privacy