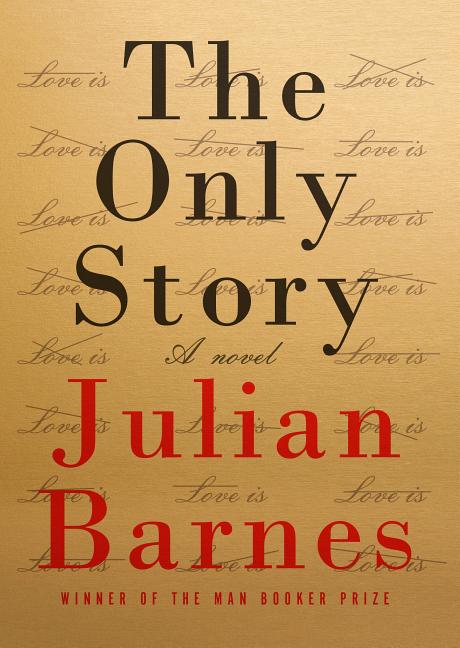 In the latest from Man Booker Prize winner Julian Barnes, an aging man looks back on the defining romance of his life, a consuming and ill-fated affair he began at 19 with a woman more than twice his age.

What The Reviewers Say
Rave Thomas J. Millay,
The Los Angeles Review of Book
Fans will not be surprised...to find that The Only Story—being a British teenage romance—is a perfectly accomplished book, with no missteps, inconsistencies, or obvious shortcomings. But is it any more than that? Is Barnes...just playing it safe? In terms of topic, perhaps. But not in the way that topic is handled, not in the least. The Only Story stakes bold claims and provokes surprising questions that demonstrate Barnes is anything but resting on his laurels ... Paul’s love story may not be all that interesting, but Barnes’s analysis of it certainly is. As in his other works, the author applies a scalpel to human consciousness to expose his protagonist’s intentions, beliefs, and neuroses with astute observation ... Each part of The Only Story possesses its unique voice and memorable descriptions. Taken as a whole, the novel provides a kind of phenomenology of love as it unfolds in human consciousness in its different stages: development, dissolution, and remembrance ... At times, accomplished novelists take on fairly banal plots just so they can show what they can do with them ... This is one of those plots, and—through his precise attention to the marvels of love and his perfect stylistic accompaniments to each state—Barnes has once again shown himself capable of transforming the mundane and ephemeral into the lyrical and lasting.
Read Full Review >>
Mixed Lawrence Osborne,
The New York Times Book Review
Flaubert stated that he wanted to write the moral history of his generation, to excavate passions that he declared were, despite the romantic pretenses of French society, 'inactive.' Barnes has set out to do much the same. The Only Story is just as pessimistic, with about the same satirical temperature and measuring the same ironic distance from what at first seems to be a love story that might generate some erotic heat. But In the Mood for Love this is not ... Barnes has a skillful command of tone and its moral implications, when he chooses to exert it ... Paul insists, 'first love fixes a life forever.' Barnes is aware of this, but to relate in some way the dark sides of the cultural revolution of the ’60s and that of his coming-of-age story he would have had to let his characters emerge a little more from Paul’s perspective and the look-at-me-in-the-dock exegesis of his poor treatment of a woman he never really understands. Here and there, all the same, Barnes’s rapier wit flashes and glitters. At one point in his decline, Paul gets 'punitively drunk to the point of sudden rationality.' What a delicious phrase that is, and how much more Paul might have delivered on it.
Read Full Review >>
Positive Michael Gorra,
The New York Review of Books
'Sex is the area where moral decisions, moral questions, most clearly express themselves; it’s only in sexual relationships that you come up against immediate questions of right and wrong.' So Barnes said in an interview some thirty years ago ... The Only Story suggests something more complicated. Decisions, choices, questions, consequences: Paul’s affair with Susan will let him in for all of them, and yet right and wrong seem curiously irrelevant here. Things happen, and you live with them, or try to, until you can’t ... Much of the pleasure in The Only Story comes from the wit and verbal precision that Barnes allows his narrator ... First to second to third [person narration]—Barnes’s switch from voice to voice is at once understated and dazzling. Which perhaps sums him up, the dazzle lying not in the shimmer of individual sentences so much as in the curves and vaults of his structural decisions. Those decisions embody the psychic consequences of this love affair in a far more vivid way than do any details of its plot, and they do something else as well. They speak to his characteristic formal daring. Barnes takes chances, and his books don’t always work; this one does.
Read Full Review >>
See All Reviews >>
SIMILAR BOOKS
Fiction

Mother May I
Joshilyn Jackson
Rave
What did you think of The Only Story?
© LitHub | Privacy