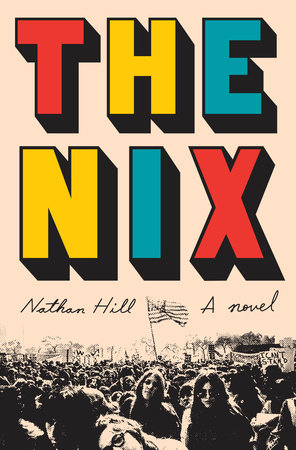 An epic, comic novel about a struggling author's relationship with the political activist mother who abandoned him as a child.

What The Reviewers Say
Rave Jason Sheehan,
NPR
It broke my heart, this book. Time after time. It made me laugh just as often. I loved it on the first page as powerfully as I did on the last, and I think I was right, right from the start. Because Nathan Hill? He's gonna be famous. This is just the start.
Read Full Review >>
Rave Liesl Schillinger,
The Barnes & Noble Review
Not since the 1996 and 1997 double-header of John Updike’s In the Beauty of the Lilies and Philip Roth’s American Pastoral has a novel emerged that presents a more comprehensive and perceptive portrait of the personal and political American psyche than Nathan Hill’s wise, rueful, and scathingly funny début.
Read Full Review >>
Positive Teddy Wayne,
The New York Times Book Review
...[an] ambitiously panoramic and humane debut ... It sounds dizzying, but the multiple story lines are dexterously juggled and well paced, even if the joints between the novel’s 10 sections are a little creaky ... Hill has so much talent to burn that he can pull off just about any style, imagine himself into any person and convincingly portray any place or time. The Nix is hugely entertaining and unfailingly smart ...But the novel Hill has assembled is so diffuse in its tones, settings and cast that it never gives the reader a chance to plant himself in its emotional soil.
Read Full Review >>
See All Reviews >>
SIMILAR BOOKS
Fantasy

Win Me Something
Kyle Lucia Wu
Rave
What did you think of The Nix?
© LitHub | Privacy