The Nine: The True Story of a Band of Women Who Survived the Worst of Nazi Germany 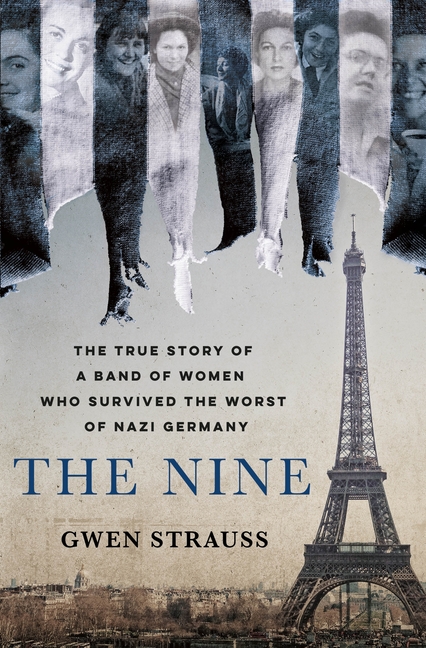 The previously untold WWII story of nine female resistance fighters who banded together to survive the camps and ultimately escaped from a final death march across war-torn Germany.

What The Reviewers Say
Positive Ronald C. Rosbottom,
Wall Street Journal
This is a work of nonfiction written with the narrative freedom and use of figurative language that we expect from fiction ... And though she avails herself of archival evidence, much of her narrative finds her imagining (a word she uses frequently) what it must have been like for nine women to escape annihilation together ... The history of murder that defined World War II suggests, even insists, that writers, filmmakers and artists be wary of purely aesthetic representations of the period. Yet it is the power of Ms. Strauss’s persistent sensibility that endows these events with a palpability that places them firmly in our imaginations. She concludes that these stories should be told and retold ... Numbers numb, but stories of the bliss of finding cooked potatoes in a broken world do not. Ms. Strauss does her readers—and her subjects—a worthy service by returning to this appalling history of the courage of women caught up in a time of rapacity and war.
Read Full Review >>
Positive Jenny Hamilton,
Booklist
Strauss learned of this story from one of the women, her great-aunt Hélène Podliasky, and spent years tracking down more information about the group of women who followed Hélène to freedom. The result is an intimate narrative tale of resilience, survival, and friendship. Time and again these women found themselves at terrible risk, but through their devotion to each other, the assistance of strangers (some motivated by kindness or guilt, others hoping for amnesty from the triumphant Allied forces), and just enough luck, they were able to survive the brutal deprivations of Nazi Germany ... a chilling reminder of the horrors of the concentration camps, but also a moving testament to the power of friendship.
Read Full Review >>
Positive Publishers Weekly
A brisk yet uneven group biography of nine women who resisted the Nazis in WWII ... Strauss delves into the complications survivors faced in 'returning to life,' and infuses the narrative with harrowing details about Ravensbrück and intriguing asides on her research process, but the nature of how and why close relationships developed between these nine women remains somewhat unclear. Still, fans of women’s and WWII history will be drawn to this deeply researched chronicle.
Read Full Review >>
See All Reviews >>
SIMILAR BOOKS
Fiction

The Chinese Groove
Kathryn Ma
Rave
What did you think of The Nine: The True Story of a Band of Women Who Survived the Worst of Nazi Germany?
© LitHub | Privacy