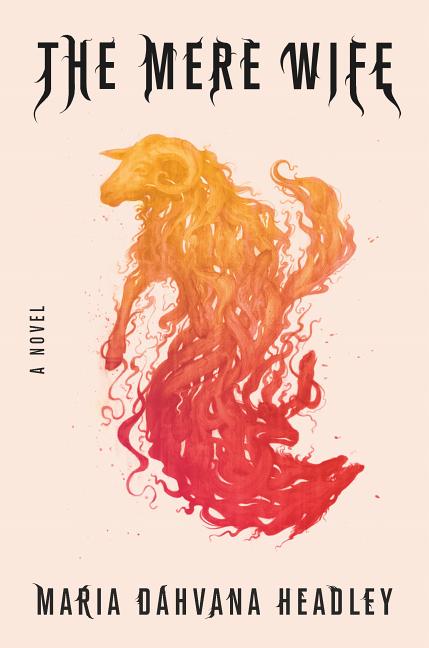 A retelling of Beowulf set in contemporary American suburbia, told from the perspective of Grendel and his mother.

What The Reviewers Say
Rave Michael Upchurch,
The New York Times Book Review
The action is gory and the monsters colorful, especially the dragon ... The Mere Wife brings the story into the 21st century in a curious way ... Headley’s jabs at suburban smugness are fun ... Headley’s prose can be stark, lacerating, insightful ('If events don’t make sense, a story grows to cover up the confusion'), but it also has its over-the-top lapses ... But the role reversals Headley devises — and the way she adapts an ancient tale into a 21st-century struggle between haves and have-nots, brown-skinned and white, damaged and intact — are largely effective. Genuine wisdom sometimes emerges.
Read Full Review >>
Rave Leah Schnelbach,
Tor.com
Headley’s prose is as fluid and florid as Old English was guttural. Headley never shies away from violence or horror, but she shatters it into the tiny shards we experience...flashes of pain and moments of joy. When a character is overwhelmed or disoriented, so are you, the reader. When she means to put you behind a character’s eyes, that’s where you are ... The book shifts tone constantly, so at times you’re reading a satire that turns into an adventure novel that veers left into horror that can, at times, feel almost romantic. But the majority of the book is dedicated to a critique of suburban culture—specifically the way a particular type of class-obsessed suburbia can suck all the meaning out of a woman’s life ... I love a book that asks more questions than it answers. I love a book that wrestles me, and makes me think about it after I’ve finished it. If you enjoy battling monsters, I can’t recommend this book enough.
Read Full Review >>
Rave Ron Charles,
The Washington Post
Her modern-day reimagining of Beowulf is the most surprising novel I’ve read this year. It’s a bloody parody of suburban sanctimony and a feminist revision of macho heroism. In this brash appropriation of the Anglo-Saxon epic, Headley swoops from comedy to tragedy, from the drama of brunch to the horrors of war ... One of the great pleasures of this novel is how cleverly and unpredictably Headley translates the actions of upper-class life into the sweep and gore of Beowulf ... But this is no mock heroic — or not merely a mock heroic. In her own destabilizing way, Headley vacillates between a wicked parody of privileged families and a tragic tale of their forgotten counterparts ... Headley is the most fearsome warrior here, lunging and pivoting between ancient and modern realms, skewering class prejudices, defending the helpless and venturing into the dark crevices of our shameful fears. Someday The Mere Wife may take its place alongside such feminist classics as The Wide Sargasso Sea because in its own wicked and wickedly funny way it’s just as insightful about how we make and kill our monsters.
Read Full Review >>
See All Reviews >>
SIMILAR BOOKS
Fantasy

Flyaway
Kathleen Jennings
Rave
What did you think of The Mere Wife?
© LitHub | Privacy