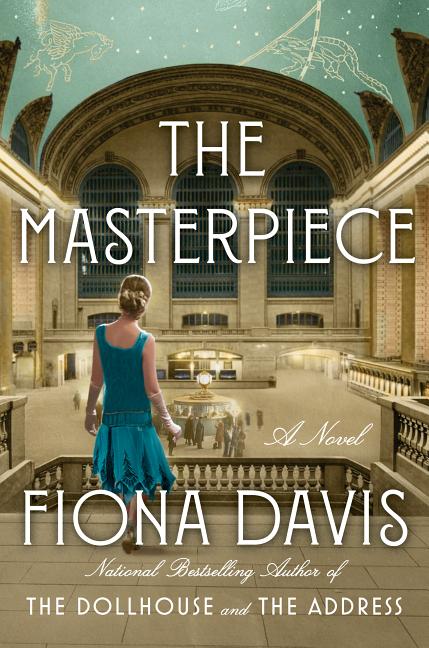 New York's Grand Central Terminal connects the struggles of Clara Darden, a 1928 artist, and Virginia Clay, a single mom living in 1974, across time.

What The Reviewers Say
Rave Julia C. Fischer,
The Historical Novel Society
Fiona Davis expertly weaves the stories of Clara and Virginia together, making one wonder how the two will ultimately connect. Within these two timeframes, Davis vividly captures the glittering heyday of Grand Central Terminal in the 1920s and its decay by the 1970s. Davis also brings to light the building’s history, especially the fight to save it from demolition. Ultimately, the theme of Davis’ book is powerful: two strong, independent women, each trying to change their circumstances, all within the backdrop of one of New York City’s most beautiful buildings.
Read Full Review >>
Positive Patty Rhule,
USA Today
Clara and Virginia are fierce, vulnerable and unwavering in their determination to right wrongs ... This zippy read can be a little too pat with its dialogue and resolutions, but is a hard-to-resist and a timely reminder that for far too long the work done by women has been dismissed and disrespected.
Read Full Review >>
Rave Catherine Coyne,
Library Journal
Davis...has written another paean to a New York City landmark. Historical fiction fans will love the compelling dual narrators and time periods perfectly captured in this novel based on the history of one of the busiest transportation hubs in the world.
Read Full Review >>
See All Reviews >>
SIMILAR BOOKS
Fiction

Theatre of Marvels
Lianne Dillsworth
Positive
What did you think of The Masterpiece?
© LitHub | Privacy