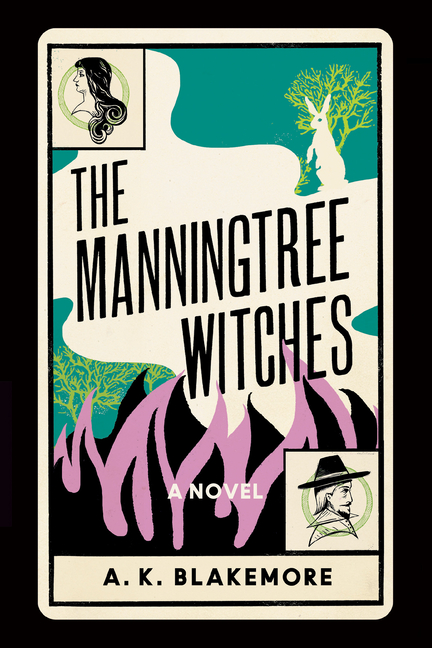 The story of a small English town in the grip of the 17th-century witch trials and the young woman tasked with saving them all from themselves.

What The Reviewers Say
Rave Elaine Elinson,
Los Angeles Review of Books
In Blakemore’s capable hands and vivid imagination, the women, silenced for generations, come alive ... Blakemore expertly wields the colorful language of Oliver Cromwell’s time: her barbs are as sharp and her observations as salty as William Shakespeare’s—but with a feminist twist ... A. K. Blakemore has written a spellbinding novel about the unprecedented persecution of women during the 'Witch Craze' in 17th-century England. But she has done more than that ... Blakemore has given voice to women whose stories have only been told by others and thus provides a very different view of history than what is written in the official narrative.
Read Full Review >>
Rave Paraic O\\\\\\\\\\\\\\\'Donnell,
The Guardian (UK)
Though it brims with language of arresting loveliness, it speaks plainly when it must ... Rendered with sensuous precision ... The Manningtree Witches ventures into dark places, to be sure, but it carries a jewelled dagger. Blakemore is a poet, and readers given to underlining may find their pencils worn down to stubs.
Read Full Review >>
Rave Stephanie Merritt,
The Observer (UK)
AK Blakemore’s exceptionally accomplished debut feels especially pertinent now ... The novel’s shining quality is its language. Blakemore is an award-winning poet, and she is as precise in evoking the liminal landscape of the Stour estuary as the inside of a jail cell.
Read Full Review >>
See All Reviews >>
SIMILAR BOOKS
Fiction

Atomic Anna
Rachel Barenbaum
Rave
What did you think of The Manningtree Witches?
© LitHub | Privacy