The Hangman and His Wife: The Life and Death of Reinhard Heydrich 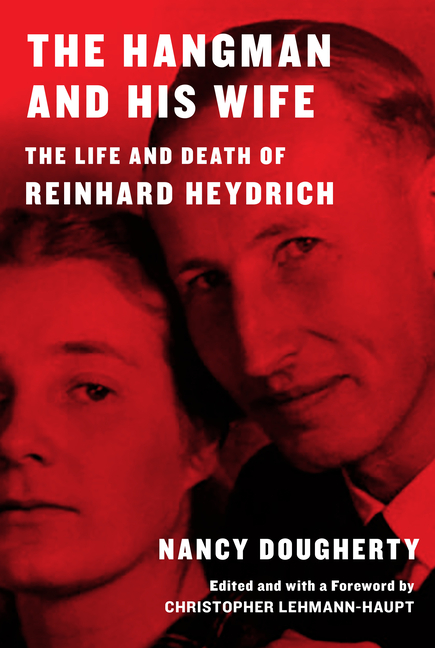 A journey into the heart of Nazi evil: a portrait of one of the darkest figures of Hitler’s Nazi elite—Reinhard Heydrich, the designer and executor of the Holocaust, chief of the Reich Main Security, including the Gestapo—interwoven with commentary by his wife, Lina, from the author's in-depth interviews.

What The Reviewers Say
Positive Frederic Krome,
Library Journal
Dougherty is adept at dissecting Lina Heydrich’s attempts to exonerate her husband from the label of 'the Hangman,' and gets to the essence of what it was like to enjoy the privileges of living so close to the center of Nazi power. Dougherty periodically moves beyond the Heydriches’ story to go into great detail on some events, such as Kristallnacht; here she risks losing her focus. She is, however, extremely dexterous in demonstrating Reinhard Heydrich’s role in policy making and implementation in Nazi Germany. Dougherty also deconstructs the internal dynamics of the Nazi party, in which Heydrich excelled. Of particular interest in this biography is its discussion of the postwar experiences of Lina Heydrich and her children, and what they reveal about the families of high-ranking Nazi officials ... A dual biography that will have wide appeal for fans of World War II history. Recommended for all libraries.
Read Full Review >>
Positive Michelle Ross,
Booklist
... an exhaustive and dark expedition into the diabolical mind of a truly evil villain and unsettling insight on the deliberate delusion that blinded some Germans to the horrific atrocities committed by the Third Reich.
Read Full Review >>
Rave Kirkus
... gripping ... an engrossing biography that cuts away regularly to Heydrich’s wife as she delivers her version of events and freely expresses her opinion of her husband’s colleagues and superiors, including Hitler ... Nearly 600 pages of cutthroat Nazi political maneuvering added to genuine throat-cutting in Germany and throughout Europe would be excessive in less-skilled hands, but Dougherty, with the assistance of Heydrich’s wife and Lehmann-Haupt, has the right stuff ... A masterful account of the quintessential Nazi.
Read Full Review >>
See All Reviews >>
What did you think of The Hangman and His Wife: The Life and Death of Reinhard Heydrich?
© LitHub | Privacy