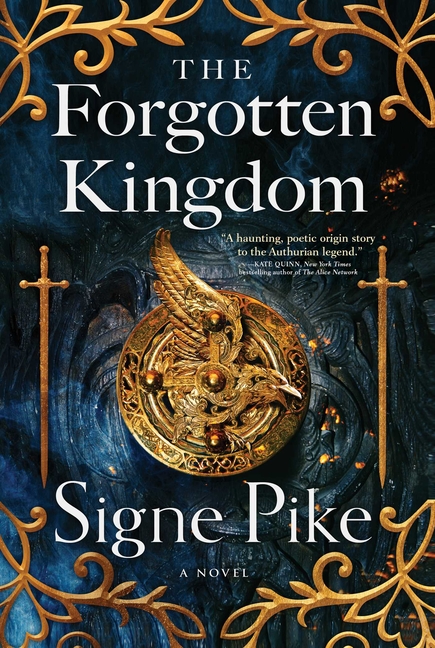 AD 573. Imprisoned in her chamber, Languoreth awaits news in torment. Her husband and son have ridden off to war against her brother, Lailoken. She doesn't yet know that her young daughter, Angharad, who was training with Lailoken to become a Wisdom Keeper, has been lost in the chaos. As one of the bloodiest battles of early medieval Scottish history abandons its survivors to the wilds of Scotland, Lailoken and his men must flee to exile in the mountains of the Lowlands, while nine year-old Angharad must summon all Lailoken has taught her to follow her own destiny through the mysterious, mystical land of the Picts.

What The Reviewers Say
Positive Sarah Johnson,
Booklist
... Pike adeptly balances brutal power struggles and Celtic mysticism ... This book doesn’t stand alone, but ongoing readers will relish the escape into Pike’s fully developed milieu while seeing its connections to Arthurian legend grow more prominent as, among other aspects, Lailoken serves as a historical model for Merlin.
Read Full Review >>
Mixed Carly Silver,
Bookreporter
The Forgotten Kingdom kicks off with Britain deeply divided between the 'Wisdom Keepers' --- Druids --- and the savage Christians, echoed by the divisions between Languoreth and her own family and friends ... However, Pike doesn’t succeed in bringing to life a vision of a religiously divided Britain. Her vague rituals and mythologies are a pale echo of those in previous Arthurian fantasies from [Marion Zimmer] Bradley, Nancy McKenzie or any number of other authors. The Wisdom Keepers and Christians are painted with too-broad strokes. As a result, the central conflict of religions, upon which other strife is based, doesn’t ring true. Still, Pike’s characters are individually compelling, and it will be interesting to see how the story concludes in the final book of the trilogy, which is expected to release in the U.S. in September 2023.
Read Full Review >>
Rave Kirkus
With its plethora of information on the ethnicities, languages, and geography of post-Roman Britain, this novel might risk having only niche appeal if it weren't for the propulsive plot and flawed humanity of its characters. Invading Germanic Angles will sorely test the Celts’ always questionable ability to unify in defense. Pike continues to elucidate the feminist struggles of the matriarchal Old Way against encroaching patriarchal Christianity. Languoreth’s role remains diminished, less by Lailoken than by the constraints imposed on women by noblesse oblige. A rich, immersive narrative founded on impeccable scholarship.
Read Full Review >>
See All Reviews >>
SIMILAR BOOKS
Fantasy

The Last Watch
J S Dewes
Positive
What did you think of The Forgotten Kingdom?
© LitHub | Privacy