The Confessions of Frannie Langton 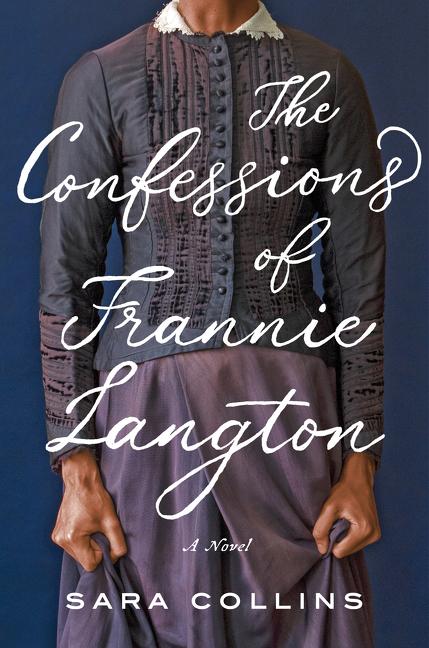 A servant and former slave is accused of murdering her employer and his wife in this gothic historical thriller that moves from a Jamaican sugar plantation to the streets of Georgian London—a literary debut with echoes of Alias Grace, The Underground Railroad, and The Paying Guests.

What The Reviewers Say
Rave Bethanne Patrick,
The Washington Post
... a startling, compelling historical debut novel from Sara Collins that should be on top of your vacation reading pile ... Collins possesses too much talent and righteous indignation to allow Frannie’s story to fizzle into a poor-girl-of-the-streets fable ... Everything that happens, happens because people of color are not seen as fully human. If Frannie has any power, if Olaudah has any power, it’s due not to their actual gifts — which are considerable — but because they’re pawns for those in charge. Collins’s book is a pointed reminder of the harm unleashed on everyone when human beings are given second-class status.
Read Full Review >>
Rave Natasha Pulley,
The Guardian (UK)
... the old gothic soaks The Confessions of Frannie Langton so richly that fumes come off it ... That’s why I love this book. Collins hasn’t just written an authentic gothic novel: she rugby tackles the notion of the saintly girl who emerges from suffering rather improved by it. But nor does Collins subscribe to the modern style of the genre, Hill’s soft rustle of old-fashioned garments. She is entirely her own writer. Between her historical research, Frannie’s voice and a plot that never slows to a walk, the novel pulls the gothic into new territory and links it back to its origins. It points at the reader and asks whether it might be a sign of atrocious privilege to enjoy a genre devoted to the grotesque – especially when the grotesquerie comes from things that might plausibly have happened in the name of science and sugar money.
Read Full Review >>
Rave Hannah Beckerman,
The Guardian (UK)
... impressive ... a bold and timely reinvention of the classic gothic novel: this is a story unashamedly immersed in its literary heritage ... Collins’s writing throughout has a visceral and immediate quality, immersing the reader both in period detail and in Frannie’s experiences ... There is an impressive smorgasbord of themes at play: race, gender, class, sexuality, depression, science, education and the psychological effects of servitude. In Frannie Langton, Collins has created a truly memorable heroine and written a compelling gothic novel for our times.
Read Full Review >>
See All Reviews >>
SIMILAR BOOKS
Historical

Luckenbooth
Jenni Fagan
Positive
What did you think of The Confessions of Frannie Langton?
© LitHub | Privacy