The Book of M 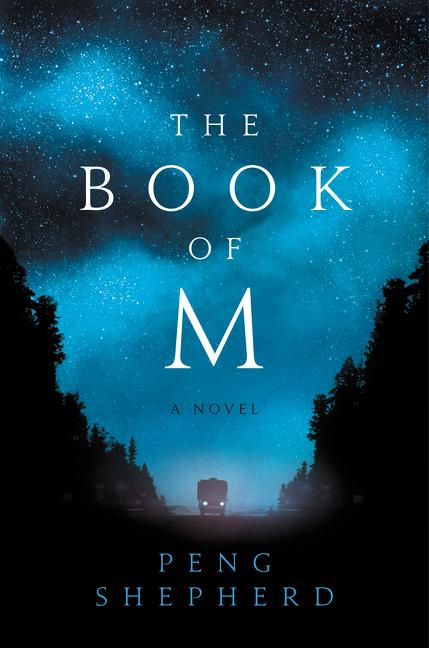 One afternoon at an outdoor market in India, a man’s shadow disappears—an occurrence science cannot explain. He is only the first. The phenomenon spreads like a plague, and while those afflicted gain a strange new power, it comes at a horrible price: the loss of all their memories.

What The Reviewers Say
Rave Stephanie Harrison,
BookPage
...outstanding and unforgettable ... Shepherd has constructed an exceedingly thoughtful and clever story that is perfectly paced and intricately plotted, producing a narrative filled with a genuine sense of urgency, thrilling twists and jaw-dropping revelations. Instantly absorbing, The Book of M is a scary, surprising, sad and sentimental story that will be deeply felt by readers while capturing their imaginations and hearts.
Read Full Review >>
Positive Gary K. Wolfe,
Chicago Tribune
Peng Shepherd's first novel ticks off the familiar conventions of post-apocalyptic tales ... What distinguishes The Book of M, apart from Shepherd's graceful language and skilled pacing, is the nature of the apocalypse itself ... Strong characters and almost surreal imagery more than make up for what is familiar in the plot.
Read Full Review >>
Positive Ryan Steck,
The Toronto Star
In her first novel Peng Shepherd stays on what is mostly familiar ground, telling a story reminiscent of books like Stephen King’s The Stand, Emily St. John Mandel’s Station Eleven, and Michael Tolkin’s NK3. It’s a testament to her talent, however, that she keeps the journey interesting, makes us care about her characters, and invites us to think about how we are all the stuff of dreams.
Read Full Review >>
See All Reviews >>
SIMILAR BOOKS
Fiction

Each of Us Killers
Jenny Bhatt
Rave
What did you think of The Book of M?
© LitHub | Privacy