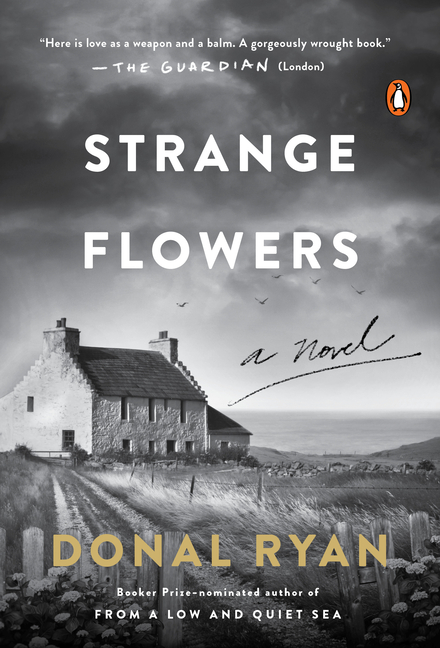 In 1973, twenty-year-old Moll Gladney takes a morning bus from her rural home in Ireland and disappears. Bewildered and distraught, Paddy and Kit must confront an unbearable prospect: that they will never see their daughter again. Five years later, Moll returns from London. What--and who--she brings with her will change the course of her family's life forever.

What The Reviewers Say
Rave Joanne Hayden,
The Irish Independent (IRE)
Ryan specialises in excavating rural and small-town Ireland, uncovering his characters' particularities - their alienation and urge to belong, their capacity for self-deception and love - in piercing, lyrical prose ... Ryan is excellent at dealing with the passage of time; key scenes unfold slowly, years are covered in a few sentences. The effect of this is subtle but consistent, a reminder that individual lives are rich and transient. Like John McGahern's That They May Face the Rising Sun, the novel captures the steadiness and flux of life in rural Ireland - the stories in between the silences, the coexistence of beauty and violence, kindness and cruelty ... Moll remains elusive - less a fully embodied woman than a catalyst for the transformation of those around her. Ryan is particularly discerning when he is inside the heads of Paddy and Kit, who allow him to expose the class and power systems at play in the village ... While Alexander's perspective on his adopted country - wry, bemused, ultimately fond - is part of Strange Flowers' appeal, Josh's whiteness - not impossible but highly improbable - is a stumbling block. When he and Kit first see Josh, Paddy refers to 'the perfect, unblemished whiteness of this strange flower'. But Ryan doesn't really use Josh's whiteness to elaborate on the novel's themes; instead it's a distraction, foregrounded without being fully worked in ... Ryan's prose is as beautiful and haunting as ever ... In rethinking the parable of the prodigal son, in looking at what happens when a ­prodigal returns, Ryan creates an expansive and thought-provoking story that is timeless and fresh. It may begin in the 1970s, but Strange Flowers holds a mirror up to racism in Ireland today.
Read Full Review >>
Rave Katherine A. Powers,
The Star Tribune
... slim, quietly powerful ... The working out of the sadness and secrets of this little family is beautifully done, poignant rather than depressing, and ending on a sweet note. As in his past work, Ryan's prose is a miracle of fluidity, of country talk flowing in and out of people's thoughts, capturing the rural Irish soul in its whole essence as brilliantly as any writer ever has.
Read Full Review >>
Rave Damien O\'Meara,
RTE (IRE)
Ryan has returned with work which rivals anything he has produced before. The strongest passages emerge from his ability to delve and articulate the complexities and inner anguish of the Irish male in particular ... The flow of the book is disrupted at one point by the introduction of Josh’s writings. While slightly out of keeping with overall tone, these passages do serve to demonstrate his escape route from the baggage he feels burdened with in life ... Ryan reaffirms his place amongst Ireland’s greatest wordsmiths. His ability to weave individual words of the English language into a total far beyond the sum of their parts makes this book a delight to submerge oneself into. It is almost certain to be a book read in limited sittings. You live the pain that he has created for his characters. Already been spoken of as a potential Booker Prize nominee, this is a book which more than justifies the hype that accompanies it.
Read Full Review >>
See All Reviews >>
SIMILAR BOOKS
Fiction

The Ancestry of Objects
Tatiana Ryckman
Positive
What did you think of Strange Flowers?
© LitHub | Privacy