Silence is a Sense 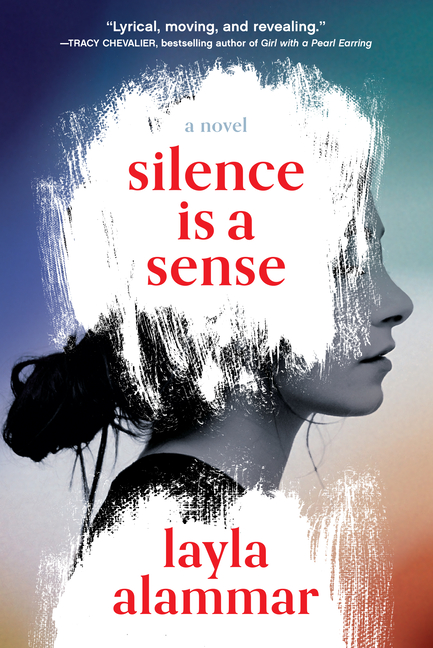 A young woman sits in her apartment, watching the small daily dramas of her neighbors across the way. She is an outsider, a mute voyeur, safe behind her windows, and she sees it all--the sex, the fights, the happy and unhappy families. Journeying from her war-torn Syrian homeland to this unnamed British city has traumatized her into silence, and her only connection to the world is the column she writes for a magazine under the pseudonym 'the Voiceless,' where she tries to explain the refugee experience without sensationalizing it--or revealing anything about herself. Will she remain a voiceless observer, or become an active participant in a community that, despite her best efforts, is quickly becoming her own?

What The Reviewers Say
Rave Zahra Hankir,
Los Angeles Review of Books
In Silence Is a Sense, Layla AlAmmar takes on the trope of 'giving voice to the voiceless' by literally centering her narrative on a mute, unnamed, 26-year-old Syrian refugee ... AlAmmar dismantles clichés by focusing in depth on her protagonist. Hers is a slow, arduous, yet heartwarming journey that is also at times stifling; we are only given glimpses into her former life, which are spaced out by long stretches of stream-of-consciousness narration. The protagonist’s memories of Syria constitute the strongest and most haunting passages in the book [...] which AlAmmar evokes beautifully. The unsettling flashbacks can feel jarring, perhaps intentionally so. But the protagonist’s confidence grows by the page and her rebellious spirit shines through.
Read Full Review >>
Positive Rhiannon Lucy Cosslett,
The Guardian (UK)
Layla AlAmmar is a writer who understands trauma, how it fragments the memory and turns people into startled animals ... At times, the reader shares the editor’s feelings of frustration: just tell us what happened, you want to say. This is cleverly deployed; are we being unreasonable in demanding an organised narrative? AlAmmar offers trickles of information that are just enough to hint at the terrors of war [...] woven in with shrewd observations about Britain and immigration ... Despite [...] the use of several cliches and some dialogue that doesn’t ring true, I admire this book. It is an intelligent, insightful novel that asks vital questions about how we can begin to express trauma, and in what form. It faces up to its linguistic challenges. It doesn’t quite meet them, but perhaps no words, however they are deployed, truly can. That, after all, is the nature of trauma.
Read Full Review >>
Rave Bridget Thoreson,
Booklist
With gut-punching clarity, Alammar unpacks the complicated identity of a refugee discovering that safety is not what it seems, as she learns to find her voice in a new home.
Read Full Review >>
See All Reviews >>
SIMILAR BOOKS
Fiction

Margreete's Harbor
Eleanor Morse
Positive
What did you think of Silence is a Sense?
© LitHub | Privacy